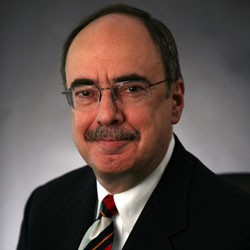 Hillary Clinton has never felt that lucky. Bill Clinton has always been the lucky one of the pair.

If Bill had been the Titanic, the iceberg would have sunk.

But now, after the Republican National Convention has come to a ragged end, the future is looking brighter for Hillary.

Even Bill Daley, who knows that in politics anything can happen and usually does, is allowing himself the luxury of optimism — in small doses.

“If she has a good week and she relaunches the thing, it could make the campaign,” Daley said.

Just one good week. Just one good, solid, semi-ordinary week is all she needs to get her presidential campaign on the right track at the Democratic National Convention.

“After the convention, there is the Olympics and people are on vacation,” Daley said. “Then from Labor Day, it’s a nine-week dash with three debates. You get frozen for seven days before and after each debate.”

Few people are better-qualified than Daley to understand how politics works — or doesn’t work — in this country. He has run one presidential campaign (Al Gore’s, in 2000), has served in one Cabinet (Bill Clinton’s, as commerce secretary, from 1997 to 2000), has been a White House chief of staff (Barack Obama’s, from 2011 to 2012) and is a member of one of America’s last political dynasties (a 7-year-old when his father was elected mayor of Chicago and a 41-year-old when his brother gained that office).

He was the youngest child of seven. He liked hanging around at his father’s elbow, and his father liked having him there. He listened and he learned. “How could they be so stupid?” he said after watching the Republicans in Cleveland last week. “If they can’t run the convention, how can they run the country?”

A fair question. And if the Democrats couldn’t run their convention, what would it say about them?

It would say the candidates could not control their own campaigns and might not be worth voting for. Hillary Clinton is experienced in political office, and Donald Trump is not, but public expectations will be about the same.

“Trump will drive the campaign,” Daley said. “He will drive the agenda of it.” Forget about staff. Trump is not going to listen to his staff. He got himself his nomination, he believes, not his staff.

And what will Clinton be watching?

“Do the minorities and young people come out?” Daley said. “That’s Obama’s base, and the data show he’s pretty popular with it. It’s about her. Do the women come out? Whatever new term for ‘soccer mom’ is, can Hillary motivate soccer moms?”

Clinton will use Trump to scare soccer moms — would you want to be stuck in an elevator with this guy? — and motivate them: A woman can become president, which is a good lesson for them and their daughters.

And all she needs is just one good week.

“She should win, but I don’t underestimate what she faces,” Daley said. “Obama has got to bring the blacks out.”

And why should Obama bother?

And just as Clinton will be wooing Hispanics, African-Americans and white suburban women, Trump will be wooing white men. (No Democratic president since Lyndon Johnson has won the white vote.)

But Trump’s big problem is his success so far. He believes he is a political genius, because how could anybody except a political genius go from not a single day of public service to the Republican nomination for president?

So his staff can get him to read an effective — if gloomy — speech for one evening. But after that?

“After that, if he goes back to ‘Crooked Hillary’ (as he did Monday), it doesn’t work,” Daley said. “Trump is counting on fear — ‘law and order’ and everything inherent in that phrase: ‘Crime is coming for you.’ It worked for Nixon, but how much has it worked since then?”

And the group that is Trump’s core — white men — is shrinking, Daley said. “And if soccer moms stick with her, then it’s tough for Trump to pull it off.” Daley is fearful of what might happen if Trump were to start to attract libertarians, “but it’s hard to believe they will become archconservatives,” he said.

And the key to it all? This one solid week — the week of the Democratic convention.

“Her convention has to be positive,” Daley said. “No craziness, all united, good speeches by Obama and Michelle, solid support by Bernie Sanders that will contrast with Ted Cruz — with that, it’s hard to think she will lose.”

Today Daley is the partner in a hedge fund. Someday he could be secretary of the treasury — if Clinton wins.

And when the first day of the week was over, Clinton had what she wanted. There was no craziness. Michelle Obama did a spectacular job. And Sanders came through.

“I think Sanders did a good job,” Daley said late Monday night. “I don’t know what more he could have done. If (the battle with Clinton’s forces) dies tonight, she can get back in control of the week.”

In his speech, Sanders said: “We need leadership in this country which will improve the lives of working families, the children, the elderly, the sick and the poor. We need leadership which brings our people together and makes us stronger — not leadership which insults Latinos and Mexicans, insults Muslims and women, African-Americans and veterans and seeks to divide us up.

“By these measures, any objective observer will conclude that based on her ideas and her leadership, Hillary Clinton must become the next president of the United States.”

After Trump’s acceptance speech last week, in which he attacked what he said is Clinton’s legacy of “death, destruction, terrorism and weakness,” she tweeted in reply: “We are better than this.”

There’s one way to prove it.

Roger Simon is Politico’s chief political columnist. His new e-book, “Reckoning: Campaign 2012 and the Fight for the Soul of America,” can be found on Amazon.com, BN.com and iTunes. To find out more about Roger Simon and read features by other Creators writers and cartoonists, visit the Creators webpage at www.creators.com.