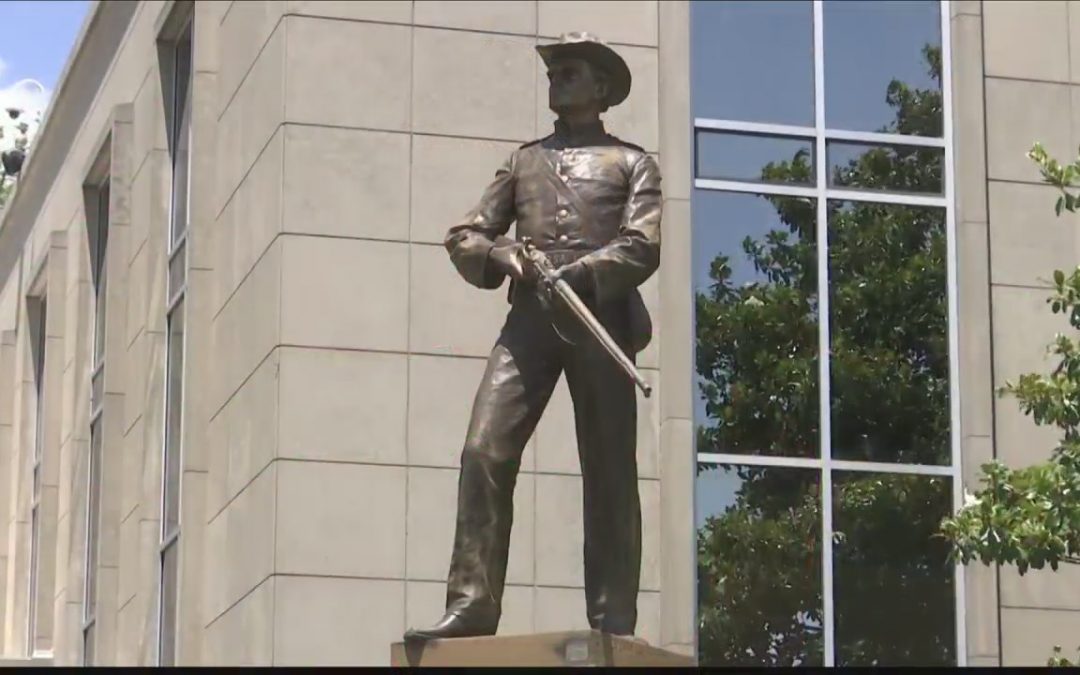 A group claiming to own the Confederate Memorial on the Daviess County Courthouse lawn has sued Daviess Fiscal Court over ownership of the controversial statue.

In a complaint filed Tuesday, the Kentucky Division of the United Daughters of the Confederacy (UDC) claims the organization is the rightful owner of the statue, and argue the statue should be returned to them. The group also claims Fiscal Court is infringing on the group’s right to the statue, and that county officials should be barred from moving the statue.

The 121-year-old statue became an issue last year, as part of the broader national discussion on racism and systematic racial inequality. The statue drew protests, and Daviess Fiscal Court voted to remove the statue from the courthouse lawn last summer.

In November, a county committee recommended the statue go to the either the Museum of Science and History or Owensboro Museum of Fine Art, which are owned by the city. Owensboro Mayor Tom Watson said previously city commissioners oppose placing the statue on city property.

County Judge-Executive Al Mattingly said last week he was in talks with an unnamed entity to relocate the statue, and said he hoped to be able to release more information sometime next month.

The Kentucky UDC is represented by Owensboro attorney Nick Goetz.

In its complaint, the organization argues the group has long maintained its claim to the statue.

The statue was dedicated in 1900. The complaint says the Kentucky UDC took over the assets of Chapter 306 in 1970, when Chapter 306 dissolved.

The assets, including the statue, transferred to the state UDC according to the organization’s bylaws, “which means that the Kentucky Division UDC has owned the Owensboro Confederate Memorial since the dissolution of Chapter 306,” the complaint says.

The organization has also “consistently and continually” listed the statue on the “Artifact and Monument Inventory” the UDC files with the state, the complaint says.

The complaint says Fiscal Court has refused to return the statue to the UDC and is infringing on the UDC’s rights, because county officials have “stated a desire that the Memorial not be located within city limits of Owensboro.”

The Kentucky UDC is seeking an injunction that permanently prevents Fiscal Court from moving the statue; an order requiring Fiscal Court “return” the statue to the UDC; attorney fees, court costs; and “any and all other relief to which (the UDC) is entitled,” the complaint says.

Goetz said he did not have clearance from the UDC to discuss the complaint Tuesday evening.

County Attorney Claud Porter said the county had just been served with the complaint Tuesday afternoon and that he hadn’t had time to read it, but added that the county disputes the statue is owned by the UDC.

“We have several documents showing they don’t own it,” Porter said.A hearing on a temporary restraining order that would prohibit from taking any action regarding the statue while the case is pending is set for May 11 in Daviess Circuit Court.