A Southern Classic for Any Holiday – The Mint Julep 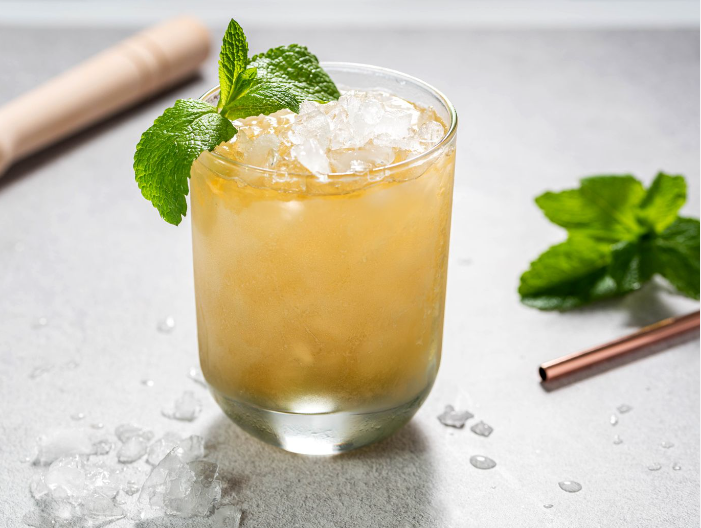 The iconic Confederate drink, then and now, is the Mint Julep. Captain Frederick Marryatt (1792-1848) was a Royal Navy officer, a well-respected novelist, and an acquaintance of Charles Dickens. He often wrote about America, which he had visited several times. The gallant captain Marryatt introduced the Mint Julep to England, where it was well-received. Marryatt wrote about his addition to the British bar lexicon. We give it in his own words:

I must descant a little upon the mint julep, as it is… one of the most delightful and insinuating potations that was ever invented, and may be drunk with satisfaction when the thermometer is as low as 70 degrees. There are many varieties, such as those composed of claret, Madeira, &c., but the ingredients of the real Mint Julep are as follows. I learned how to make them and succeeded pretty well. Put into a tumbler about a dozen sprigs of the tender shoots of mint, upon them put a spoonful of white sugar, and equal proportions of peach and common brandy, so as to fill it up one-third, or perhaps a little less. Then take rasped or pounded ice, and fill up the tumbler. Epicures rub the lip of the tumbler with a piece of fresh pineapple, and the tumbler itself is very often incrusted outside with stalactites of ice. As the ice melts, you drink. I once overheard two ladies talking in the room next to me, and one of them said, “Well, if I have a weakness for any one thing, it is for a mint julep!”–a very amiable weakness, and proving her good sense and good taste. They are, in fact, like the American ladies–irresistible!

Julep in a traditional julep cup

Mix well with a spoon. Take three or four sprigs of fresh mint, and press them well in the sugar and water until the flavor of the mint is extracted; add 1 1/2 wine glass of Cognac brandy, and fill the glass with finely shaved ice, then draw out the sprigs of mint and insert them in the ice with their stems downward so that the leaves will be above in the shape of a bouquet; arrange berries and small pieces of sliced orange on top in a tasty manner, dash with Jamaican rum, and sprinkle white sugar on top. Place a straw in the glass, and you will have a julep that is fit for a Confederate general!

All are made with the same ingredients as the Mint Julep, omitting the fancy fixings.

Richmond Ladies Pineapple Julep (for a party of five)

Peel, slice, and cut up a ripe pineapple into a glass bowl, add the juice of two oranges, a gill of raspberry syrup, a gill of maraschino, a gill of old gin, a bottle of sparkling Moselle, and about a pound of pure ice in shaves; mix, ornament with berries in season, and serve in flat glasses. Juleps with cranberries from howsweeteats.webpage

The recipes for this series are all from a book that should be on the shelf of every Civil War historian: Jerry Thomas’s 1862 Bartenders Guide. Trink aus! (German for “Drink up!”)