An Alternative to Tearing Statues Down 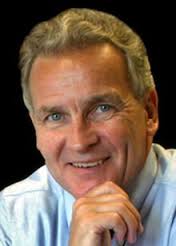 WASHINGTON — I wonder how my old pal Sen. Daniel Patrick Moynihan would view race relations today were he around. In 1970, he wrote a memo to his boss, then-President Richard Nixon, counseling a period of “benign neglect” for the discussion of racial issues. Of course, the memo was leaked, and poor Pat was inundated with obloquy. Aficionados on race relations such as Rev. Jesse Jackson stepped forward to urge the opposite approach. All these years, we have been following their advice across America and maintaining a “dialogue,” as it is called, on race — a dialogue that sounds suspiciously like a monologue.

Did it work? After all, America elected a black president not once but twice. We have spent over a trillion dollars in the fight against poverty. Dozens of other well-intentioned programs are in place. Still, at this moment in American history, I would venture that race relations are as poisonous as ever, or possibly more so. Race relations being led by race aficionados such as Rev. Jackson and his followers certainly are. To my mind, Pat Moynihan was right. Talking

Instead, we now have the rise of the “alt-right,” a white nationalist movement, and neo-Nazis. They are opposed by something called antifa, a putatively far-left-leaning anti-fascist group that manages to look pretty much like a group of fascists to me. Somehow, all the dialoguing and ongoing projects of the race aficionados have not erased racism. A sudden innovation is to sport bumper stickers decrying hate, racism and anti-Semitism. In Alexandria, Virginia, where I live, huge banners denouncing hate are unfurled across stately old buildings. It looks to me that we are in for another round of “dialogue,” and once again, the dialogue will be a monologue convincing only the credulous.

One thing I would like to know is where the alt-right, the Ku Klux Klan and the neo-Nazis came from. I have actually never met anyone claiming to be a member of one of these groups. I hear people like House Minority Leader Nancy Pelosi saying that these Cretans are conservatives, but I have been a conservative for at least 50 years and have never met a Klansman, a storm trooper or a member of the alt-right. Neither have any of my friends. This might surprise Pelosi.

I do know that in every election cycle, she and her Democratic demagogues trot out visions of the Klan. Doubtless they will soon be trotting out visions of neo-Nazis and members of the alt-right. Where do Nancy and her colleagues encounter such people? Frankly, I think they have an obligation to tell us where these zanies can be found.

Of course, Nancy and the Democrats are busying themselves with encouraging the elimination of Civil War statues. Robert E. Lee, Stonewall Jackson and their compeers are of a sudden intolerable examples drawn from America’s hateful past. Democrats want them taken down immediately, but there is a hitch. Were Democrats not mostly on the side of the Confederacy back in the 19th century? Did they not continue during the post-Civil War period to be segregationists? Was not the Roosevelt coalition (Franklin’s, that is) heavily composed of Southern segregationists? And precisely when did these Civil War statues become so intolerable to leading Democrats? If memory serves, some of Pelosi’s contemporaries were actual segregationists, and at least one was a member of the Klan in his youth. Finally, there was no obsession with these monuments a few years back. Why now?

Right down the street from my home stands a statue of a Confederate soldier looking south. I find it ironic that in my home, but a stone’s throw away, I have a picture of Abraham Lincoln that was given to one of my ancestors, a Secret Service officer, for breaking a plot to defile Lincoln’s body. It was a gift from Lincoln’s son Robert Todd Lincoln. Demonstrators are now milling about the Confederate soldier in the hopes of tearing him down and leaving a hole for tourists visiting Old Town.

I have a better idea: Why not erect another monument nearby as a fitting tribute to people who did some good in the fight for desegregation in Virginia? How about raising a memorial to Mildred and Richard Loving, who in 1967 successfully challenged the miscegenation laws of the state? She was black, and he was white. What’s more, they were in love. I bet you could find similar examples from our supposedly sordid past all over America.

Raising images of love as opposed to images of hate like the neo-Nazis might be a refreshing break with the Democrats’ present project, eh, Nancy?

R. Emmett Tyrrell Jr. is founder and editor-in-chief of The American Spectator. He is a senior fellow at the London Center for Policy Research and the author most recently of “The Death of Liberalism,” published by Thomas Nelson Inc. To find out more about R. Emmett Tyrrell Jr. and read features by other Creators Syndicate writers and cartoonists, visit the Creators Syndicate webpage at www.creators.com.