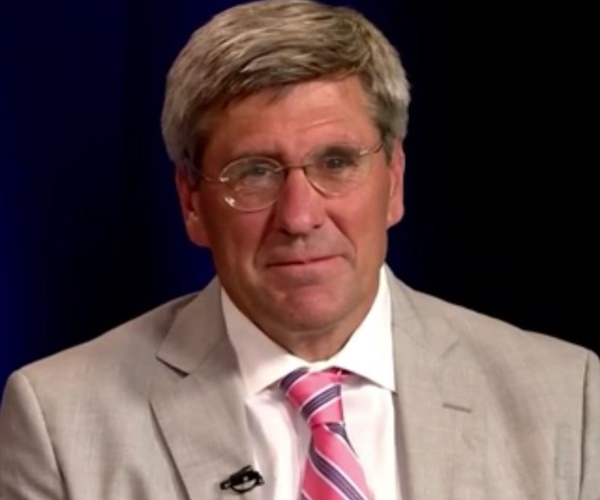 Our sources are telling us that President Trump is nearing a decision on how to revive the all-but-dormant American uranium industry. This proposed plan would create a reserve of domestically mined uranium stored in a “Federal Uranium Security Stockpile.” One option on the table is for the Department of Defense to purchase uranium through the 1950 Defense Production Act.

Uranium is used for America’s nuclear arsenal as well as domestic nuclear power plants. The U.S. reactor fleet purchased about 40 million pounds of uranium last year. But American production of uranium has fallen steadily over the last 30 years, and the nuclear power industry now gets 90% of its uranium through imports from nations like Canada, Australia, Russia and Kazakhstan. Only a few small American mines remain open.

The Trump administration’s assessment is that the risk of any shortage of uranium and the attendant disruption to security and nuclear power production would be far higher to the American economy than the cost of building a domestic reserve — which is estimated at $1 billion to $1.5 billion over the next decade.

While we believe this solution is far from ideal because it imposes new costs on taxpayers, this plan is superior to what many in government and in the uranium industry were seeking: tariffs on imported uranium or a 25% domestic market quota on foreign imports.

These kinds of trade barriers would have potentially incited retaliatory actions from foreign nations while raising prices of uranium used by U.S. nuclear power plants. This would only make nuclear energy a more expensive power source at a time when natural gas is very cheap and when the nuclear industry is struggling to compete with billions of dollars of government subsidies to the wind and solar industries.

But it is equally important that, while establishing this reserve, Trump endorse and set in place longer-term solutions that would not cost taxpayers a penny. At the top of that list is for the feds and state governments to remove the thicket of regulatory barriers to domestic mining of dozens of minerals and rare Earth metals. These resources are necessary for everything from cellphones to medical equipment to satellites to high-powered electric batteries.

The rapid demise in America’s mining industry is nothing short of scandalous. Thirty years ago, the United States was one of the world leaders in mining, but according to the latest federal geological survey, the United States is now nearly 99% dependent on imports for at least 20 critical and strategic minerals.

The problem is not that America is running out of mineral resources or that American miners can’t compete. Ned Mamula, a former natural resource expert with the Department of the Interior, reports in his latest book, “Groundbreaking!” that the United States sits atop some $5 trillion of mineral resources — most of it on federal lands. High-grade uranium can be mined in states such as Arizona, Colorado, New Mexico and Texas.

The decline is a result of a war against mining waged by liberal environmental groups that have selectively hampered or even shut down production of everything from coal to copper to rare Earth minerals and now to uranium.

Permitting for a new mine often takes a decade or longer in the U.S. versus five years or less in countries like Australia and Canada. Environmental laws and nuisance lawsuits are a financial impediment to domestic mining as well. The United States appropriately has strict rules to protect water supplies and wildlife, but the laws in many states and from Washington have become de facto mining prohibitions.

This has merely transferred mining operations to places like Russia, China and Africa, where environmental protections are nearly nonexistent — and thus pollution is much worse.

Another irony of this war on uranium production is that nuclear power supplies roughly half of America’s clean energy supply at affordable prices and with high reliability. If the left truly wants a “carbon-free” future for the United States, it is almost inconceivable that this could be achieved without abundant nuclear power production — a message that Microsoft founder Bill Gates and others have been making for years. The left’s crusade against domestic uranium could hardly be more self-defeating.

One last point. While this national security stockpile may be necessary to get American uranium production back up and running, Trump should make it very clear that this is a one-time commitment, not a lifelong subsidy to the industry. We have seen from decades of subsidies to industries like solar, wind and biofuels that government handouts become de facto entitlements and impair an industry’s road to free market profitability.

Stephen Moore is a senior fellow at the Heritage Foundation and an economic consultant with FreedomWorks. He is the co-author of “Trumponomics: Inside the America First Plan to Revive the American Economy.” To find out more about Stephen Moore and read features by other Creators Syndicate writers and cartoonists, visit the Creators Syndicate webpage at www.creators.com.