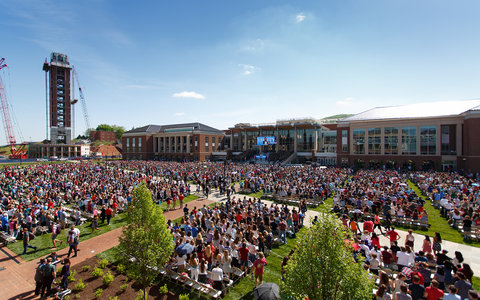 “The Democrats are anti-life, anti-Second Amendment, anti-liberty and even anti-business,” Liberty University president Jerry Falwell Jr. said in a news conference Tuesday. “Now they’re doing even more damage by making it more difficult for the most needy college students in the state to finance their education.” 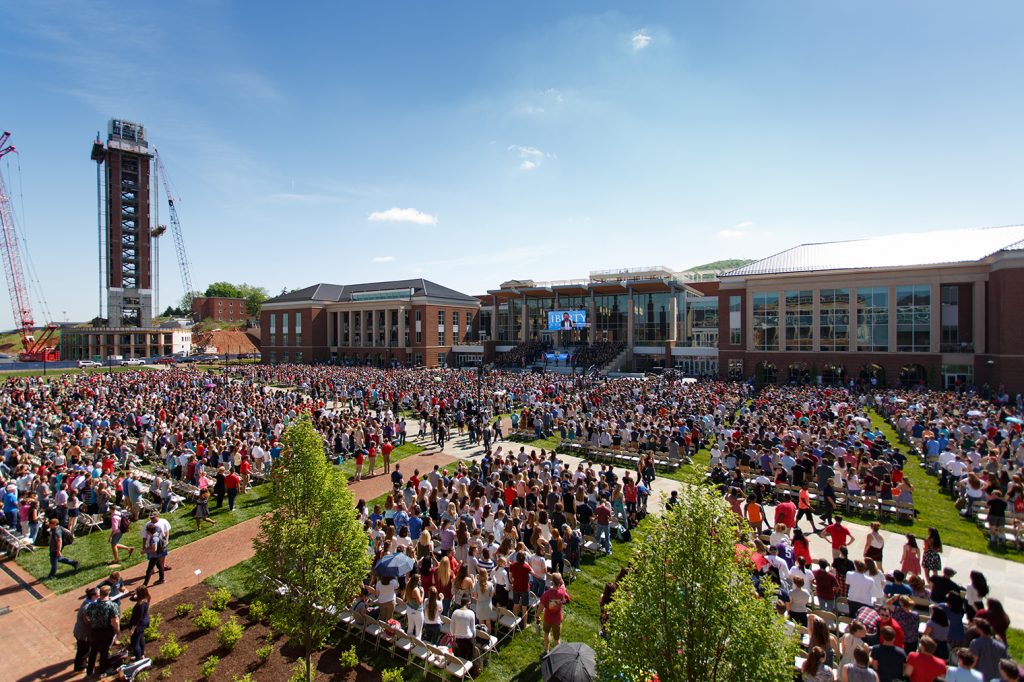 Falwell has gained attention before for his comments on more typical conservative fare — President Trump’s comments, guns, abortion and immigration — but this part of his speech was focused on a more niche issue: the proposal by Ralph Northam, Virginia’s Democratic governor, in his 2020 budget, to tighten eligibility requirements for the state’s Tuition Assistance Grant program to exclude Virginia students who take classes online.

The grant program typically gives tuition assistance to Virginia residents who choose to attend private, nonprofit universities within the Commonwealth, including Liberty. Students taking online classes have been eligible to receive the same amount of grant money as residential students.

Liberty’s enrollment includes about 100,000 students in online programs, though not all of those are students are Virginia residents. Falwell said the proposal would affect about 2,000 Liberty students.

In an interview earlier this month, Falwell said the issue was an example of Democrats in Richmond punishing Liberty for its openly conservative leadership.

Northam’s office said the issue is instead about the different costs for online and residential programs. For residential students, Northam wants to expand the program by increasing annual grant awards from $3,400 per student to $4,000.

“The purpose of the TAG program is to help address and offset the cost of college, notably brick-and-mortar costs associated with attending college,” a spokesperson for Northam’s office said via email. “Online programs, by their very nature, do not incur the same myriad of brick-and-mortar costs.”

The governor’s office stressed that the budget proposal invests in other programs to help underrepresented students finance college.

“Governor Northam has made it a top priority to expand access to affordable, high-quality education,” the spokesperson said. “That’s why his budget includes significant investments in tuition-free community college, need-based financial aid for college students and support for Virginia’s historically black universities and colleges.”

Stephanie Hall, a fellow at the Century Foundation, a think tank that has been critical of online learning in the past, said tuition assistance shouldn’t go toward subpar programs.

“Governor Northam’s proposal signals that his office wants to ensure state money is directed at quality, vetted programs,” she said via email. “Despite receiving the most TAG money of all private institutions in Virginia, Liberty University spends the least on instruction — just 26 cents for every tuition dollar taken in. Other private colleges in the state, with smaller endowments, manage to spend more on instruction as a proportion of tuition revenue.”

If the proposed budget goes into effect as written and Liberty’s enrollment holds steady, the university still will be the largest recipient of state tuition assistance grants.

At Regent University, another Christian university located in Virginia, about 70 percent of credit hours earned by students are completed online.

Officials at Regent expressed gratitude for the expansion of the grant program for residential students but said the governor’s rationale for excluding online students doesn’t take into account the fact that online students often face greater economic challenges than their residential peers.

“The tuition pricing for online may be lower for a number of reasons,” said Gerson Moreno-Riaño, executive vice president for academic affairs at Regent. “But that does not mean that that population does not face significant economic challenges based on their demographic and social background.”

Liberty has said that 26 percent of its students are from minority groups, with 65 percent from low-income backgrounds.

The plan would hurt military, minority and lower-income students the most, Falwell said. “The Virginia students who the elitist Democrats are attacking are the people who need the help the most.”