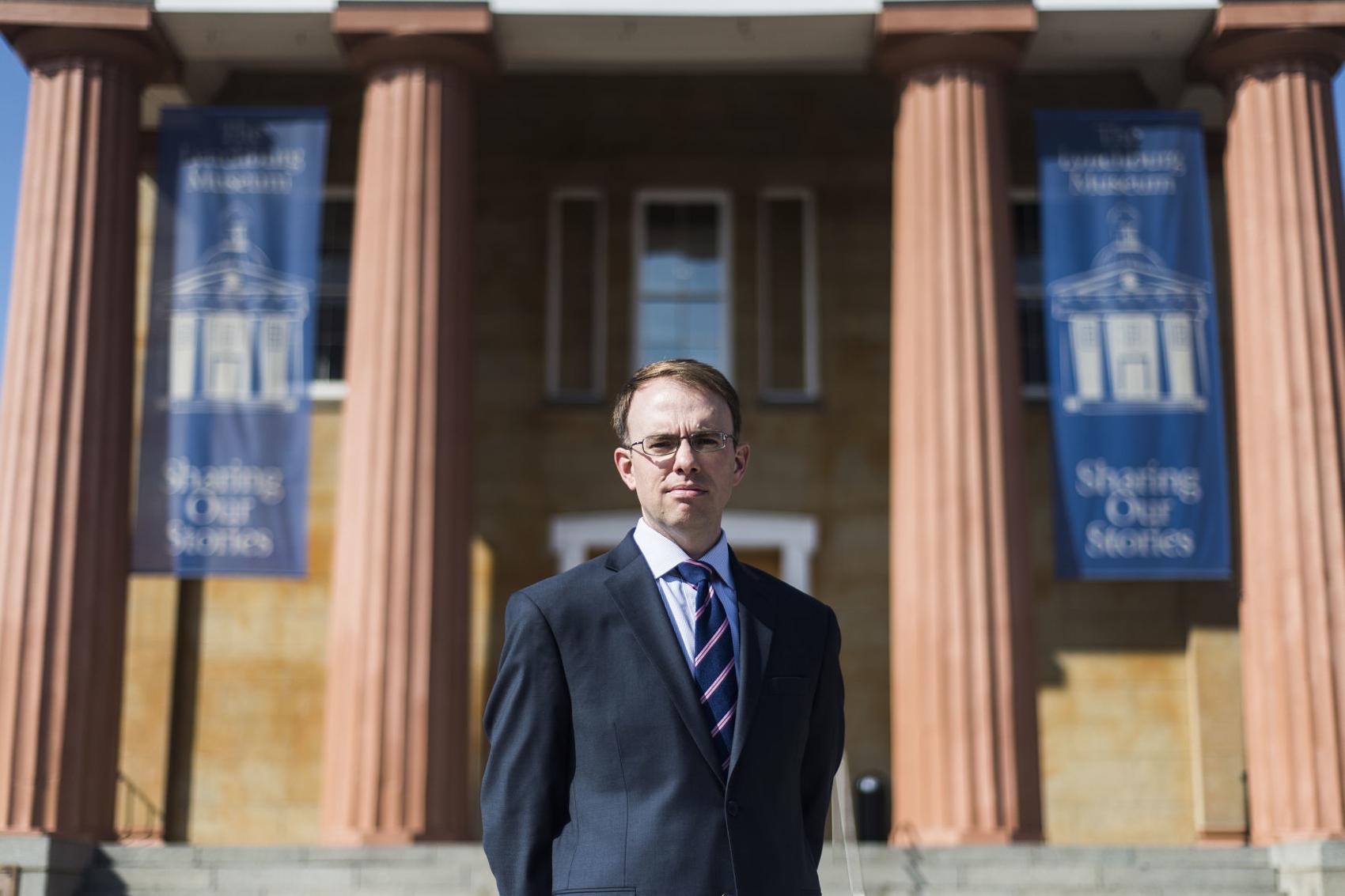 Not long ago people protesting public displays of Confederate flags in various states would say that such relics of a bygone era belong not on flagpoles but in museums.

Now the folks at the Lynchburg Museum have to decide if that is literally true. 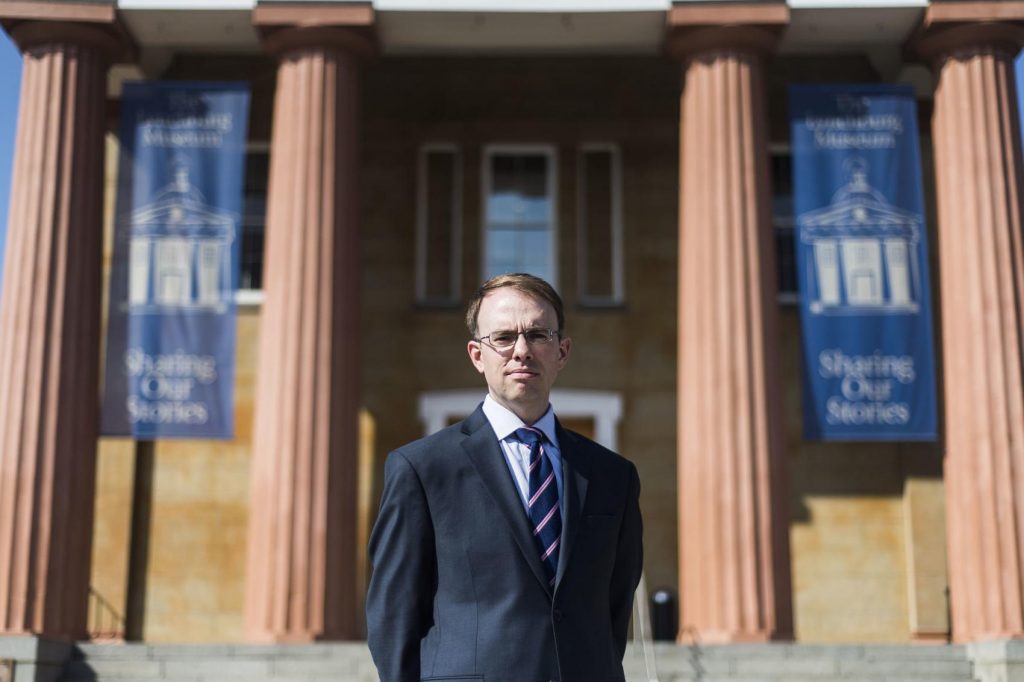 Lynchburg Museum Director Ted Delaney in front of the museum. He informed his board about plans to display a Confederate battle flag carried by an infantry regiment organized in Lynchburg; the board wanted more details on the flag’s history.
LATHAN GOUMAS | The (Lynchburg) News & Advance

Last month the Museum’s advisory board expressed concerns about plans to exhibit the restored flag of the 11th Virginia Infantry, a Confederate unit that mustered out of Lynchburg in the Civil War. A group of Civil War enthusiasts had spent years raising money to conserve the flag (stored in a Richmond museum) so that it could be displayed in the Hill City.

Board members, however, were anxious about the public perception of such a display, given recent controversies over anything Confederate. Accordingly, the museum has walked back its plans, promising to gather public feedback on the question before proceeding with the display, if at all.

Fair enough. I sympathize with board members who must always weigh matters of public support as well as curatorial issues. I should also mention that the museum director is an acquaintance of mine, and I’ve always found him to be eminently professional and reasonable. So let the conversation commence, and let all sides be heard.

For my two cents’ worth, as someone who has spent the bulk of his adult life working for and with museums, I’d remind the board that museums can’t shy away from all controversy. Pretty much anything on exhibit has the potential to offend someone. A museum need not go out of its way to court controversy, but neither should it shrink back from addressing it. And sometimes its collection should keep things precisely because they are controversial.

Years ago I had to process a donated collection of really ugly racist pamphlets from early in the 20th century. They would be highly offensive to just about anyone who read them. I mulled tossing them in the trash, but decided that they should be preserved in an archive (though not necessarily exhibited). It struck me that there should be a record of such malice lest we forget it once existed.

Of course, a museum exhibit typically consists of not just the object on display but the interpretation of it as well. This interpretation should contain historical truth (names, dates) but also contemporary context. So for this Confederate flag, there is the chance to not only display it, but also to explain exactly why many people consider it important local history while others see it as a disturbing image. Education is the mission.

Some who see such a flag will dwell upon the service of a Civil War ancestor; others will contemplate the issue of slavery. All receive the opportunity to reflect—and learn.

Many museums possess and sometimes exhibit Nazi flags from World War II, or imperial Japanese flags with the Rising Sun emblem. Often they were signed by American soldiers in WWII and kept as trophies of war. American servicemen brought these items home not because they admired the Nazis, but because they darn well beat the Nazis. They were symbols of victory, a reminder of who won the war and of the nature of the enemy that was defeated.

I’m reminded of a story (not entirely relevant to this case, dealing with personal possessions, not museum collections) told to me once by the son of a WWII soldier. The soldier brought back as wartime souvenirs a whole stack of Nazi flags and banners. For years they sat in his garage untouched. Eventually the vet owned a landscaping business, and, needing tarps for his men to collect raked leaves, he gave them the swastika flags. They used them for years, dragging them full of leaves to a burn pile. When the flags became too ragged to use as tarps anymore, they just tossed them on the fire with the leaves until the stack was no more.

The son told me this story sort of apologizing that his dad had destroyed historic artifacts. But I told him it was the best story I’d ever heard concerning Nazi flags. It occurred to me that if Hitler got the chance to look up from his own personal burn pile and observe the scene, he would definitely know who won the war.

Anyway, the Lynchburg Museum should certainly hear all sides, but also ultimately realize that a museum dedicated to local history has to embrace that history, warts and all. Bring in the flag, and tell the whole story. Let the conversation continue.