Echoes Of Reconstruction: American Womanhood During the Civil War and After 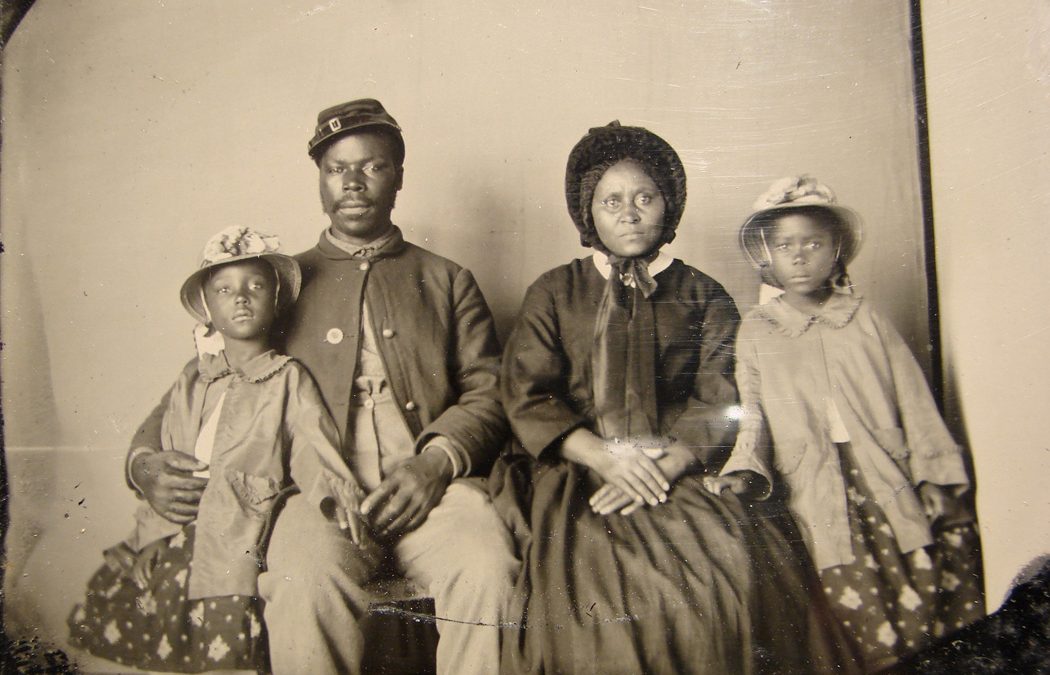 We sometimes mistakenly associate the Civil War and Reconstruction Eras with the “Ideals of Victorian Womanhood,” as though all women sought to nestle inside of a purely domestic sphere of middle class docility. The Victorian Ideal never enjoyed unalloyed acceptance among white native-born women, and Black and immigrant women routinely transgressed the straitjacket of domesticity in their everyday lives. While we tend to associate the pushback against male-only roles in the public sphere with conscious feminists like Susan B. Anthony and Elizabeth Cady Stanton, there were trailblazers beyond those well-known women’s rights pioneers. We can hear Echoes of Reconstruction in today’s African American women community leaders carrying on the struggle for racial justice that their foremothers began and in the modern organizing among immigrants carried out by the daughters of those communities. This Women’s History Month, I want to focus on these largely unknown women whose stories should be told. If you follow the links you will find the source documents.

Even before the Civil War, Black women were playing key, if often hidden, roles in helping slaves escape to the North and hiding them from white slave catchers. Harriet Tubman is, of course, the outstanding example of the willingness of Black women to sacrifice themselves to free others. Frederick Douglass recognized that while both he and Tubman had risked everything in their struggle against slavery, her actions had carried even more risk, and less applause, than his. In 1868 he wrote to “Dear Harriet” that:

Most that I have done and suffered in the service of our cause has been in public, and I have received much encouragement at every step of the way. You, on the other hand, have labored in a private way. I have wrought in the day—you in the night. I have had the applause of the crowd and the satisfaction that comes of being approved by the multitude, while the most that you have done has been witnessed by a few trembling, scarred, and foot-sore bondmen and women, whom you have led out of the house of bondage, and whose heartfelt “God bless you” has been your only reward. The midnight sky and the silent stars have been the witnesses of your devotion to freedom and of your heroism. Excepting John Brown—of sacred memory—I know of no one who has willingly encountered more perils and hardships to serve our enslaved people than you have.

Another Harriet, Harriet Jacobs, is today well-known as the author of Incidents in the Life of a Slave Girl, but she was so much more than a writer. Born into slavery, in 1866 she was providing relief to freedpeople in Coastal Carolina and Georgia. Here is one of her letters describing the situation in which she worked:

We have a great deal to do here. In every direction the colored people are being turned from the plantations when unwilling to comply with the hard proposals of the planters. The contracts proposed are sometimes very severe and unjust. The freedmen are not allowed to hire land or work it on shares, but must work under their former overseers. They cannot own a horse, cow, pigs, or poultry, nor keep a boat; and they cannot leave the plantation without permission. If a friend calls to see them a fine is imposed of one dollar, and a second offence breaks the contract. They work for ten dollars and rations. They are very unwilling to be placed under the overseers who formerly treated them with cruelty. I have this week visited several plantations on both the Georgia and Carolina sides of the river. In these places the people are expecting the return of their old masters. Poor things! some are excited; others so dispirited that they cannot work. They say, “I can’t eat, I can’t sleep, for tinking of de hard time coming on me again; my heart ’pears to be all de time quiverin’; I knows ’tis trouble.”

While popular culture encourages us to think of the women who educated freedpeople in the South during Reconstruction in terms of a stereotypical New England “school marm” who went South, by the late 1860s most people teaching Black children were Black themselves. Never in American history was the job of the teacher so dangerous. White Redeemers, hoping to restore exclusive white control of the government and economy, saw increases in Black literacy as a threat to White dominance and began  targeting teachers.

Julia Hayden was a seventeen year old who had just embarked on the exciting task of beginning her career as a teacher of young Black children in Tennessee. August was back-to-school time for the kids. It was also a time when groups like the White League and Ku Klux Klan would burn schools, whip children on their way to class, and kill teachers. On August 22, 1874 two white men came to the house Julia Hayden was staying at and killed her. She paid the price that the restoration of White control required.

African Americans were not the only women taking risks for social change. Jane Grey Swisshelm published The Reconstructionist newspaper. She had been a Union nurse during the Civil War and she believed that President Andrew Johnson was bartering away the gains her boys had periled their lives for. She declare that “liberty is in danger of betrayal.” Her press was doused in coal oil and set on fire in an act of political arson and she was forced to abandon her newspaper.

Poor immigrant women never knew the comforts of the Victorian “domestic sphere.” They had to work as many hours in factories as their brothers to keep their families fed and sheltered. During the Civil War, the Irish women of Troy formed the first permanent women’s labor union in the United States. They fought bad wages and exploitative conditions not only for their sister workers, but for all workers as a class. Their leader was the immigrant teenage factory girl Kate Mullany.

Susan B. Anthony described her impression of Mullany, whom she met after the Civil War. The women’s rights advocate and the union leader met to discuss the position of women in the workplace. According to Susan B. Anthony, Mullany was a “bright young Irish girl.” While Anthony saw the poor treatment of factory women as the result of gender discrimination, Mullany said that the interests of employers to exploit all wage workers, male and female, could not be ignored by the feminists. Anthony, from the native-born middle class, did not seem to understand Mullany’s argument that while women workers faced special disadvantages in the workplace, they also had much in common with their male brothers in the labor movement. Unity among women was desirable, but unity of the working class, male and female, was essential for women workers to make gains.

Mullany would go on to become the first woman elected vice president of the National Labor Union, a confederation of unions from around the country.

Women would be disappointed in the reverses that resulted from the backlash against women’s suffrage, workers rights, and Black equality. Women were left out of the protections of the 15th Amendment’s guarantees of voting rights, many labor unions were broken in the late 1870s, and the rights of African Americans were sharply curtailed by 1877. But, these brave and tough women made real gains during the 1860s and early 1870s that paved a path towards modern concepts of equality.