Back in the ’90s, my ex-husband wrote a movie about a con man who discovers where the money is and runs for Congress and actually gets elected. The movie, “The Distinguished Gentleman,” was very funny. In real life, it’s not so funny. I wonder if George Santos ever watched it.

This week’s developments in the George Santos saga only underscore the depths of desperation of the House Republicans. On the Santos side, there are the new lies. How about the “fact” that he ruined his knees playing volleyball at Baruch University, a school he didn’t attend? Funny? Then there was the claim that his mother was at the World Trade Center on 9/11 and narrowly escaped. Not so. She wasn’t even in the country. Not funny at all.

CNN sent a reporter to a high school in Santos’ district to ask the students what they thought of their new congressman. The students, who identified as both Republicans and Democrats, all said that Santos should resign. Of course he should. But pathological liars do not do the right thing. Isn’t that obvious? 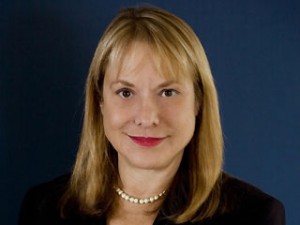 Which brings us to the most troubling development of the week. It’s not about Santos’ new lies. It’s about the gutless wonders who lead the Republicans in the House. Instead of isolating and penalizing the liar in their midst, they put him on two committees. They claim that they don’t have the power to do anything about a liar in their midst. That is simply ridiculous. No one forced them to put him on committees. That was a choice. Why can’t the Ethics Committee investigate him? Why can’t the House vote to unseat him?

Does anyone really think that if George Santos were a Democrat, Kevin McCarthy would be claiming he was powerless to act? Not in a million years.

What is the lesson here? You can get away with lying — not just get away with it, but win. George Santos stands for the proposition that it’s OK to lie so long as someone needs your vote. If McCarthy had a bigger majority, he would act. If Santos were a Democrat, he would be on no committees.

McCarthy cannot lead if he sells his soul before he bangs the gavel. He has already sold out to the right wing of the right wing. Now he’s selling out to a liar. What’s next? Where is the moral core? There isn’t one. Is this the legacy of four years of Trump-land, that we no longer expect ethical conduct from our leaders?

And what do we tell our kids? That it’s wrong to lie, unless you do it to run for Congress, in which case it’s OK? Or is it OK for two years anyway, until the voters get another chance? Is it the voters’ fault that they didn’t see through the lies? Should the voters in his district be disenfranchised for two years — represented by a pathological liar unfit to hold office — because Kevin McCarthy is a gutless wonder? Should George Santos be in a position to cast a deciding vote on important matters?

We look like fools in the eyes of the world, and it will only get worse. What has become clear is that the man just can’t stop lying. Every day is a new embarrassment, not just for him but for the Republicans in Congress. “The Distinguished Gentleman” was a very funny movie, but in real life, there are no laughs in this story.