The people of Guam say “America’s day begins” when the sun shines on their island.

That Chamber of Commerce claim is geographically and politically accurate. Guam, in the western Pacific east of the Philippines and north of New Guinea, is sovereign U.S. territory on the bright side of the International Date Line.

In 2022, sunrise on U.S. citizens in Polynesia isn’t the only reason Guam is unique and very valuable American terrain. 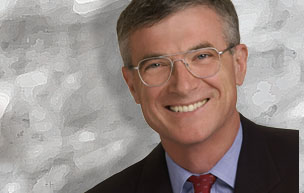 The politics: Observe the aggressive and imperialist behavior of communist China in Asia and in the western Pacific.

Go to the world map: Guam is indeed America. Since the island is America, it ought to be covered by NATO’s Article 5. That means: Attack Guam and the attacker is at war with 30 of the world’s most powerful and wealthy nations. In a few months, even Sweden!

In July 2022 I wrote a column about this grievous strategic error that said NATO must include Hawaii and Guam under its powerful shield. Why? To deter Xi Jinping’s China from attacking Taiwan and South Korea.

2022 is a late date to address the Chinese and North Korean threat to Guam.

In 1993 I wrote a guest column for a Texas newspaper that analyzed the post-Cold War “peace dividend.”

If you don’t recall the peace dividend, that’s understandable. There was no peace to enjoy. But in 1993 the Clinton administration thought Russia was kaput, so it sought cutbacks in U.S. defense expenditures.

My 1993 essay asked a specific question: What bases should the US continue to man?

From that column: “Pearl Harbor commands the Pacific. Guam is the near-perfect place to put a strategic airbase for operations against the Asian coast.”

Geography has not changed. Like, rock and coral are real.

From the 1993 essay: “Does reducing U.S. foreign bases run the risk of ‘putting the eggs in one basket’ and creating an easy target for a regional thug with a handful of ballistic missiles and nukes? A recent North Korean defector pegged U.S. bases in Japan and Guam as prime targets for a North Korean ICBM.”

Well, give geography and SecDef Aspin an A-plus. The latest U.S. National Defense Strategy (NDS) called Guam “a crucial operational base” to “uphold a free and open Indo-Pacific region.” Indo-Pacific means everything on Earth from California to Mumbai (Bombay) and the Arabian Sea.

The NDS added that Guam is a vital power projection and logistical base and if an enemy attacks Guam “it will be seen as a direct attack on the U.S.”

Yours truly translating for Xi: Washington is signaling Guam is not just America, it is de facto NATO.

The NDS directs the U.S. military budget. Right now, $1 billion is devoted to defending Guam against air and missile attack. Additional Pentagon funds will improve Guam’s naval base and Andersen Air Force Base.

The goal: Build by 2026 what a former U.S. Indo-Pacific Command commander called a “360-degree defense of Guam” that protects the island “against advanced Chinese cruise, ballistic and maneuvering hypersonic weapons.”

We’re not going to take it. Guam has a key role in an American offense. From Guam USAF heavy bombers can lay sea mines that pin Chinese ships in coastal harbors and deny them shore facilities. They can do so in time to save Taiwan.

To find out more about Austin Bay and read features by other Creators writers and cartoonists, visit the Creators Syndicate webpage at www.creators.com.