Historians Picked A New Design For the State Flag Of South Carolina. Everyone Hates It. 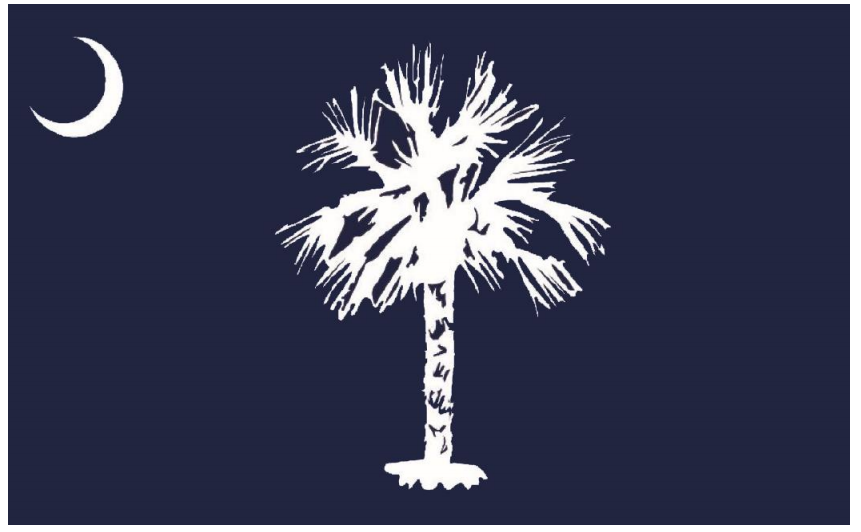 South Carolina’s new flag design seemed like a fine idea — right up until everyone actually saw it.

As it turns out, people hate it. They really, really hate it.

The new design has garnered thousands of complaints since it was presented in a Post and Courier story this week. In response to the backlash, the historians who developed the new design plan to revise it before lawmakers can vote to approve it next year.

The new banner features a darker shade of indigo than some previous editions and a crescent in the upper left corner that is largely unchanged.

But critics say the flag’s designers butchered the iconic palmetto tree in the center, a crucial component that makes the Palmetto State’s flag one of the best in the United States.

The flag looks feeble, its wiry fronds resembling Freddy Krueger’s murderous fingers, some claim. Others say it looks like the tree just survived a major hurricane or a lengthy addiction to meth. The palmetto could pass for Charlie Brown’s pathetic Christmas tree, more than a few have commented. Some wondered if it was sketched by a particularly uninspired juvenile.

“Terrible!” one shouted over the internet. “Horrible,” another wrote.

“How do we protest this design & arrange to have someone else produce a better one?” one North Charleston reader asked via email.

How much did taxpayers pay for this abomination, many wondered. (We checked. Nothing.)

Inevitably, the tree has become a meme in South Carolina internet circles. 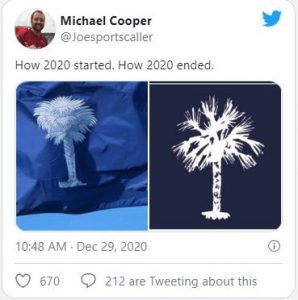 Hate for the tree design has united Republicans and Democrats, Gamecocks and Tigers, cats and dogs — providing near-unprecedented levels of harmony on divisive social media platforms like Twitter.

Hate for the tree design has united Republicans and Democrats, Gamecocks and Tigers, cats and dogs — providing near-unprecedented levels of harmony on divisive social media platforms like Twitter.

The new flag’s designers have monitored the reaction.

Scott Malyerck, the Newberry political consultant who first pitched the idea of standardizing the state flag years ago, was surprisingly upbeat when reached by phone Wednesday morning.

Since 1940, South Carolina has had no standard flag design. The shade of indigo that colors the background and the shapes of the palmetto and crescent have been left to the whims of individual flag manufacturers for decades.

The whole point of this exercise was to create a single design that could be used on flags, T-shirts, windshield decals, beer koozies, you name it.

In 2018, lawmakers put Malyerck on the team of historians that was empaneled to study the earliest versions of the flag and come up with a historically accurate flag design.

They based the color — Pantone 282 C — on the color of the uniforms worn by Col. William Moultrie’s 2nd South Carolina Regiment in the Revolutionary War.

They settled on the shape and angle of the crescent after studying the symbol that Moultrie’s troops wore on their hats.

They based the palmetto on a pencil sketch that amateur Charleston artist Ellen Heyward Jervey drew for A.S. Salley, the first secretary of South Carolina’s Historical Commission, as he designed the 1910 state flag. That 110-year-old sketch was then replicated by Clemson University’s graphics department.

In hindsight, Malyerck said, the flag committee sacrificed aesthetics for historical accuracy. By his own estimation, 95 percent of the response to the flag design has been negative.

Malyerck said he has already contacted other members of the flag committee. They plan to go back to the drawing board to revise the palmetto and offer a different design to lawmakers next year.

“We don’t want to put anything forth that folks are not going to like,” Malyerck said.

In their report to lawmakers, the historians said getting the palmetto right was their most difficult task. Those words turned out to be prophetic.