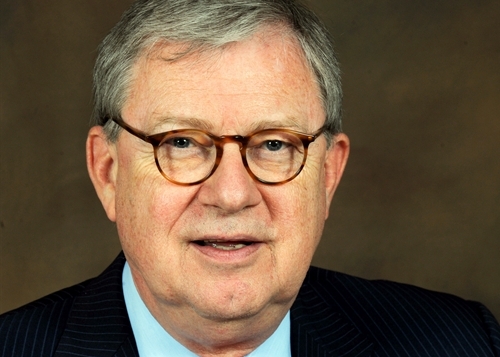 Who have been the most successful presidents in the past 80 years? Most successful, that is, in framing issues and advancing their policies, achieving foreign policy success, winning re-election and maintaining high job approval.

My nominees are Franklin Roosevelt, Dwight Eisenhower and Ronald Reagan. They had in common many things: winning smiles, confident optimism, a seeming sympathy with ordinary Americans. Together they won eight presidential nominations and eight general elections.

There were personal connections among the three. Reagan was, and remained all his life, an enthusiastic fan of Roosevelt’s. He had fond memories of looking out from his radio station office watching Roosevelt and his motorcade driving through the streets of Des Moines, Iowa.

Roosevelt, having observed Eisenhower in multiple high-level conferences, chose him to command the Normandy invasion and Allied troops on their way toward Berlin.

And as Gene Kopelson has revealed in his book, “Reagan’s 1968 Dress Rehearsal,” Eisenhower, in his post-presidential years, had several serious meetings with Reagan and may have regarded him as a worthy successor.

Each of these presidents experienced a painful career pause — Roosevelt recuperating from polio, Eisenhower promotionless between world wars, Reagan as his movie career tapered off — and emerged, without any real friends, to win the highest office. None seems to have trusted anyone with full access to his intentions and strategies. Each was a smiling sphinx, his full purposes mysterious even to his closest associates and wife.

Roosevelt was particularly devious and often, in the opinion of his admiring biographer Conrad Black, duplicitous and cruel. He typically gave appointees contradictory missions and waited to see how they turned out. He seldom fired people, letting them, including his first two vice presidents, fade out of favor instead.

He confided his strategy to win an unprecedented third term to no one, except perhaps Harry Hopkins, whom he also trusted to advance surreptitious aid to Churchill’s Britain and Stalin’s Soviet Union. But in time, Hopkins fell ill and out of the loop.

Eisenhower was content to be portrayed as being the frontman for the likes of John Foster Dulles and Richard Nixon. But as Fred Greenstein, after reading the administration’s orderly paperwork, revealed in 1982 in “The Hidden-Hand Presidency,” it was Ike who was coldbloodedly calling the shots.

John F. Kennedy had come to a similar conclusion years earlier, calling Eisenhower a cold man without any real friends. That conclusion was reinforced by columnist Murray Kempton in his 1967 Esquire article “The Underestimation of Dwight D. Eisenhower.”

Reagan, so preternaturally cheerful that he joked to surgeons after being shot and losing half his blood, remained a mystery to everyone around him. His official biographer, Edmund Morris, granted full access, left mystified and wrote a half-fictional memoir. It seems as if no one fully grasped one of Reagan’s major goals until Paul Lettow, relying on untouched documents in the Reagan Library, wrote his 2005 book, “Ronald Reagan and His Quest to Abolish Nuclear Weapons.”

Is it necessary to add, switching to the present, that Donald Trump is nothing like this kind of president? To be sure, he has acted on shrewd insights, notably that he could shed college-educated voters in many states without losing any electoral votes while adding to the Republican column non-college-educated whites in others, gaining him 100. Few observers grasped that this was even possible until the evening of Nov. 8.

But with Twitter at the ready, Trump too often confides in the world things that Roosevelt, Eisenhower and Reagan would have told no one else. We know his mood at 6:23 a.m., his reactions to hosts and guests on “Fox & Friends,” his miffedness with his attorney general.

Will his diplomacy-by-tweet effort to get China to restrain North Korea be as successful as Eisenhower’s moves, still unknown 64 years later, to accomplish something similar? Will his admonishments of Jeff Sessions be as successful as Roosevelt’s and Reagan’s quiet manipulation of errant subordinates? One suspects the answers are no.

Roosevelt, Eisenhower and Reagan were strong and self-assured enough to practice self-discipline and self-restraint. Trump seems to relish shedding them. That doesn’t seem likely to make him the fourth president on my list.

Michael Barone is a senior political analyst for the Washington Examiner, resident fellow at the American Enterprise Institute and longtime co-author of The Almanac of American Politics.