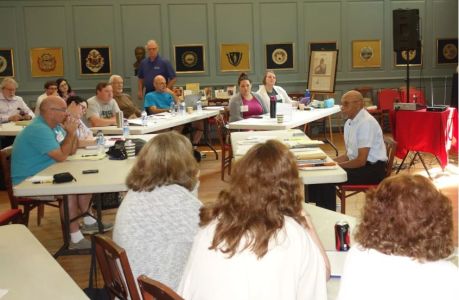 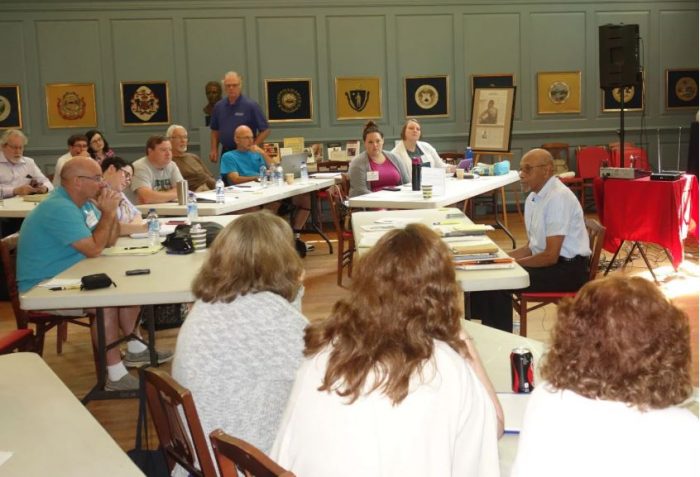 At Stratford Hall in Virginia, birthplace of Confederate Gen. Robert E. Lee, a group of K-12 teachers gathered recently to talk about slavery and how to teach it.

How do you convey the horror without horrifying the kids? How do you help them see the inhumanity of the past and its effect on the present? How do you explain the unexplainable to a child when many adults can hardly bear to look?

It’s a challenge. But remarkably, the Lee family plantation proved to be a place where teachers could dig deeper into the subject than, say, some academics tend to do when giving talks at progressive think tanks in Washington.

A white fourth-grade teacher from Arlington, with 10 years of classroom experience, explained her approach to teaching the transatlantic slave trade: She said she made her students sit closely together on the classroom floor to simulate how Africans were tightly packed into slave ships.

That did not sit well with some of the other teachers, especially black female educators. “If you want to illustrate how a packed slave ship looked, use a can of sardines, not our children,” one of them said sternly.

Antoinette Dempsey-Waters, a black social-studies teacher at Wakefield High School in Arlington, said that using children for slave simulations can be “traumatic and hurtful.” She recommended using age-appropriate books, especially autobiographies of black people who triumphed over slavery, such as Frederick Douglass.

The exchange between the teachers occurred during a presentation by Lauranett Lee, a professor at the University of Richmond, who was explaining how teaching about slavery can be used to develop empathy in younger students.

The fourth-grade teacher had apparently been trying to do just that. But the approach, however well-intentioned, was misguided.

That could be corrected.

“That’s why we’re here,” Lee said, “to learn how to teach that hard history.”

The teacher took the critique in stride. She said she would no longer use slave simulations and would find more appropriate teaching tools.

An important lesson had come out of the spirited dialogue, said education psychologist John L. Johnson. He had come to Stratford Hall’s annual Summer Teacher Institute, something of a three-day boarding school for educators, to talk to teachers about the psychological consequences of slavery.

“What we are dealing with is so vital and volatile that if people are going to teach it, they have to work through their own emotions first,” he said. In other words, teachers might want to know what kinds of comments about slavery will probably anger adults, preferably before broaching the subject with a classroom of anxious or insensitive kids.

Teachers from throughout the country usually attend the institute, held this past weekend. But because this year’s topic was more localized — teaching about slavery in Tidewater Virginia — most of the 25 teachers were from Virginia and Maryland.

They immersed themselves in study, attended lectures, participated in discussion groups, and developed strategies for dealing with the many themes that flow from U.S. slavery’s 250-year history. Interest in slavery, especially in the D.C. area, appears to have picked up considerably in recent years. Controversies over Confederate statues and symbols, a deadly white nationalist rally in Charlottesville, prominent universities such as Georgetown coming to grips with past profiting from the slave trade, the opening of the National Museum of African American History and Cultureon the Mall — teachers say such events have students wanting to know more about the origins of racial conflict in the country.

But teaching skills and materials haven’t always kept up with that interest.

Johnson, who is also a member of the Virginia State Conference of the NAACP, urged teachers to contact the NAACP when they come across textbooks that mischaracterize slavery or black peoplein general. One such book in Texas referred to the slave trade as a kind of immigration program.

A report on teaching slavery, released this year by the nonprofit Southern Poverty Law Center, found that only 8 percent of U.S. high school seniors could identify slavery as the central cause of the Civil War, 68 percent of the surveyed students did not know that slavery formally ended only with an amendment to the Constitution and only 22 percent of the students could correctly identify how provisions in the Constitution gave advantages to slaveholders.

The D.C.-based nonprofit Teaching for Change has a list of age-appropriate books on the topic.

The setting for the summer institute was as evocative as the topic, with the Lee family’s Great House set upon a 2,000-acre plantation, along with some of the cabins where enslaved people lived and a cemetery marker indicating where some were buried. When the plantation was operating at its peak in 1758, the Lee family owned about 220 enslaved Africans.

“I think the power of place is important,” said Kelley Deetz, director of programming, education and visitor engagement at Stratford Hall. She prefers field trips to simulated slave experiences: seeing and touching artifacts, exploring the landscape “and imagining what life would be for those who lived there, looking at it from multiple perspectives.”

John Bacon, president of Stratford Hall, said, “The teacher institute is one of the most important things we do to connect with teachers in the classroom and show what a historic site like this has to offer when it comes to educating about our history.”

Teachers who participate deserve plenty of credit, too.

One explained to the group why she, a white woman, felt teaching students about slavery was so important. “I teach in an area with a diverse population, but whites seem to be afraid of blacks and keep to themselves,” she said. “I don’t want to live in a society where ignorance of history leads whites to have unfounded fears of black people.”

Said Johnson: “My impression is that the teachers who came [to the institute] are forerunners to progress — a type of teacher that is willing to grapple with something that nobody knows how to teach, in a country that has not yet begun to understand the profound impact of slavery.”