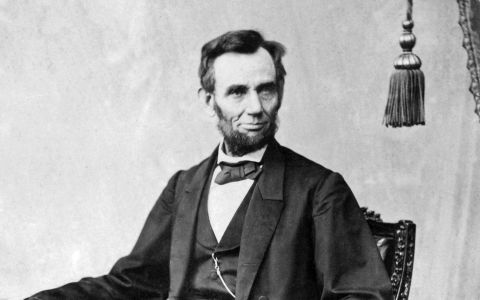 In our work with leaders, we see that great ones grow themselves and their organizations by deliberately working on three areas:

They wisely manage the present, anchoring in purpose and values.

They selectively forget the past, letting go of old values, beliefs, and behaviors that no longer serve them or their organizations.

They purposefully create the future by adopting new aspirations, values, beliefs, and behaviors that enable a step-change in their leadership. 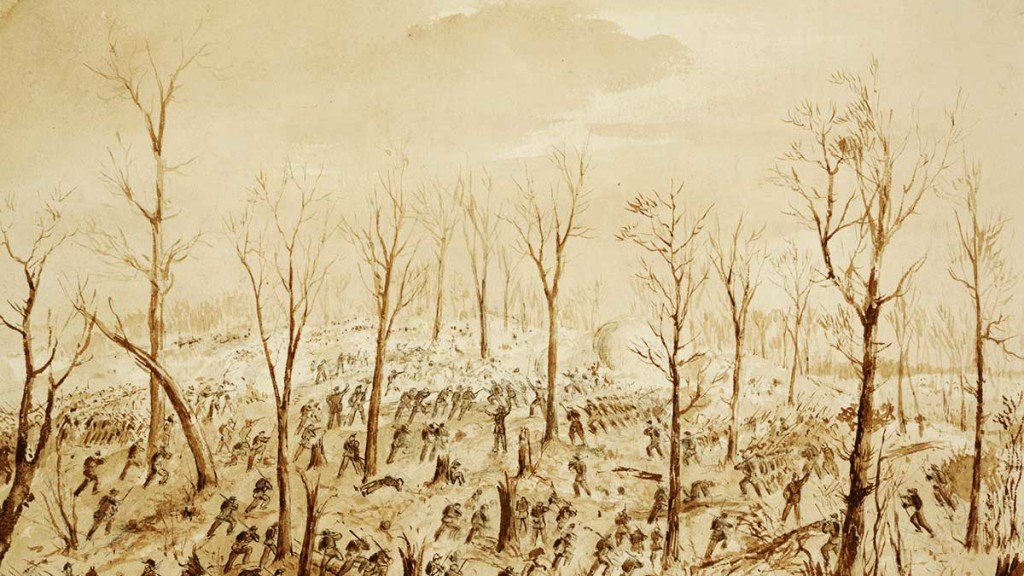 FROM THE NEW YORK PUBLIC LIBRARY

Most leaders are good at the first and third areas. What many leaders may not recognize is that we often need to give something up — a belief, attitude or behavior — in order to achieve a new level of performance. How is this done effectively?

We can look to one of the most celebrated leaders of U.S. history for an example. He was a leader who rallied people around vision, a vision so strong it united a war-torn country. But it took more than determination. It also took sacrifice and decisive action by cutting out what was no longer working.

Finding himself at a turning point
In early June 1863 President Abraham Lincoln faced a dire situation. He had been president for two and a half years and was reviled by most. A civil war had divided the country between North and South and the Union Army had just lost two major battles. People from his own party were attacking him for his compromising, indecisive attitude.

Just three months later, public opinion shifted. The New York Times expressed gratitude that the nation was being led by “a ruler who is so peculiarly adapted to the needs of the time as clear-headed, dispassionate, discreet, steadfast, [and] honest [as] Abraham Lincoln.” His fortunes also shifted on the battlefield. His army celebrated two key victories at Vicksburg and Gettysburg, marking a turning point in the war.

What shifted in the summer of 1863? By examining how Lincoln handled this pivotal time in the Civil War, we can learn how the three points mentioned above can help create the future we aspire to.

Taking a new tone with his generals
Lincoln realized in early summer 1863 that he had two big challenges: reestablishing control over the Army and recapturing public opinion. With this realization, Lincoln made some bold choices. First, he got rid of some old beliefs that no longer worked. And second, he started leading in a completely new way. In retrospect we can see how his bold choices in the summer of 1863 helped him become one of the greatest leaders the U.S. has ever known.

The first set of beliefs Lincoln got rid of was about how he related to his generals. Up until then, Lincoln believed that as a civil leader he should leave the running of the army to his generals; that’s how the game had always been played. Instead of giving his generals firm orders, Lincoln gave them only timid suggestions, which they, in turn, mostly ignored. Lincoln’s secretary, John Nicolay, despondently noted that the president habitually gave in to one general’s “whims and complaints and shortcomings as a mother would indulge her baby.”

After many frustrating exchanges with a string of ineffective generals, Lincoln gave up his submissive style in favor of a more assertive tone. In the summer of 1863, he issued a series of direct instructions to his generals. Rather than nudging them, he left no doubt any longer as to who was in charge. To General Joseph Hooker, who had repeatedly defied his suggestions, he wrote, “To remove all misunderstanding, I now place you in the strict military relation to Gen. Halleck, of a commander of one of the armies, to the General-in-Chief of all the armies. I have not intended differently; but as it seems to be differently understood, I shall direct him to give you orders, and you to obey them.”

Soon after Lincoln’s change in leadership style, the Union army booked a series of victories, notably at Vicksburg and Gettysburg. Instead of waiting for the perfect time, the Union army was now moving proactively, following Lincoln’s orders.

Winning over the public
From the start of his presidency, right up to his death, Lincoln’s unwavering vision was clear: preserving the Union. But despite this clarity of purpose and his recent battlefield victories, he still faced another challenge: a public exasperated and impatient with the war and the administration. His second shift came in how he related to the people.
Once elected, presidents of his time had little direct contact with the public. Their job was to run the government and share their wishes with Congress. They’d rarely leave the capitol, except for vacations. In the summer of 1863 Lincoln broke with tradition and stepped out of the social prison of the White House. Learning from the success of his recent letter-writing campaign to enlist the support of the British public for the Union, Lincoln implemented a successful public letter-writing campaign in his own country. Five-hundred thousand copies of one of his letters alone were in circulation and were reportedly read by at least 10,000,000 people. Lincoln’s public outreach was effective and helped him keep significant public support during the remainder of his presidency from 1863 until his assassination in 1865.

The President had decisively left behind the conventions of the past and created a new relationship with both the military and the general public.

To succeed in creating the future, we must also excel in letting go of the past: selectively forgetting practices and attitudes that stand in the way of the new future. How do we know what to cut? It’s important to distinguish between our roots and the beliefs we can get rid of. If we cut a tree’s roots, the tree dies. Roots, like dedication to core purpose and vision, have timeless value and leaders need to preserve and nourish them. But every person and organization also has outdated beliefs. If we do not break loose from these beliefs, we will become entangled in them and are unlikely to get to the future we so desire.