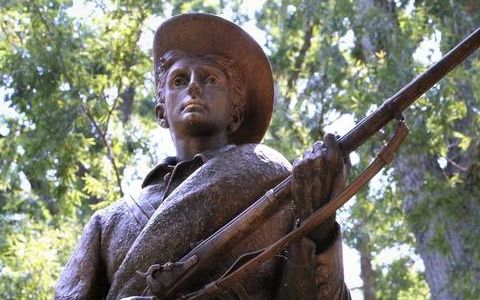 SIlent Sam on the University of North Carolina campus

Monuments celebrating figures of the Confederacy have surged back into the national spotlight after the deadly violence that erupted this month at a white supremacist rally in Charlottesville, Va.

Since the violence in Charlottesville, some protesters have reacted by defacing or forcibly removing statues of Confederate generals and soldiers. Meanwhile, college leaders have grappled with questions of how to deal with the monuments, by adding context around them or removing them entirely. In some instances, universities — such as the University of Texas at Austin and Duke University — acted suddenly or following instances of vandalism.

To keep up with this conversation, The Chronicle of Higher Education has compiled a list of such monuments erected on college campuses in the decades following the Civil War. The list below includes physical markers such as statues, monuments, or plaques. It does not list buildings named for Confederate figures or symbols such as battle flags. Most of the entries are drawn from the work of the Southern Poverty Law Center.

In cases where a monument was removed, the “location” field in the table below reflects information about where that monument stood initially.