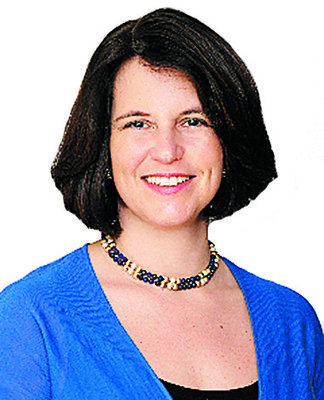 Late last January, a short video showing Catholic high school boys and an indigenous drummer in Washington created a media and social media flurry. The video documented a confluence of two marches (the March for Life and the Indigenous Peoples March) near the Lincoln Memorial. It showed a group of teenage boys standing and smiling as the indigenous man was chanting and beating a drum. The teenager at the front was Nick Sandmann, who was then 16 years old.

While normally this might have been dismissed as “teenagers watch drummer,” many viewers and media outlets prejudged the teenagers — who were wearing “Make America Great Again” hats — and assumed the worst. Twitter took off, followed by major media outlets.

The outrageous outrage machine worked overtime, condemning the boys for standing still. Pundits and Hollywood jumped in as well. “#MAGA kids go screaming, hats first, into the woodchipper,” tweeted Jack Morrissey, who produced Disney’s “Beauty and the Beast” and the “Twilight” series.

Bill Kristol, a political analyst, tweeted, “The contrast between the calm dignity and quiet strength of Mr. Phillips (the drummer) and the behavior of #MAGA brats who have absorbed the spirit of Trumpism — this spectacle is a lesson which all Americans can learn.” Both tweets were later deleted.

The nasty responses of so many people and outlets against the teenagers, and the speed of those responses, left me frightened by the level of anger, hatred, visibility and confusion that these teenagers had to endure. I was heartbroken that we, as a society, would jump to the worst conclusions about our teenagers. According to Lin Wood, one of Sandmann’s attorneys, Sandmann was not allowed to go back to school immediately after the event, and his entire family had to move out of their home due to safety concerns. His life and the lives of his relatives were disrupted due to the sensational media accounts and escalating social media attacks.

What that short video did not show was a group of men shouting at the teenagers prior to the incident that was depicted and went viral. This longer video surfaced later but got little notice. According to an article by reporter Mark Curnutte, published the Monday after the event in the Cincinnati Enquirer, “The four African-American protesters near the Lincoln Memorial have been identified as members of the Black Hebrew Israelites.” This group is known by the Southern Poverty Law Center for its hatred of whites and Jews. My guess is that even now, few people know about the prior incident and few people have seen the longer video.

During the week after the incident, Sandmann told NBC News the obvious. “People have judged me based off one expression,” Sandmann said. “And they’ve gone from there to titling me and labeling me as a racist person, someone that’s disrespectful to adults, which they’ve had to assume so many things to get there without consulting anyone that can give them the opposite story.”

He was right. All too often, people adopt one point of view without even trying to learn about other possible perspectives. Even worse, media outlets, which are supposed to report news, fail to do their jobs, fail to be accountable. This week, I was thrilled to hear that Nick Sandmann received a settlement from CNN for its coverage of the event.

Today, people are all too fast to jump to conclusions, and media outlets do not always take the time to get perspectives from all sides. We are all too willing to be outraged at something, even before we know whether our outrage is warranted. We need to stop being outraged and instead insist on facts

While the CNN portion of the lawsuit is done, lawsuits are still being pursued against NBCUniversal and The Washington Post. The goal of bringing these lawsuits is to make media more accountable so that in the future, there is a pause and a checking of facts before a rush to judgment.

As consumers of media, we, too, have to be accountable; we must make sure that we get all sides of any given story and restrain ourselves from rushing to judgment.