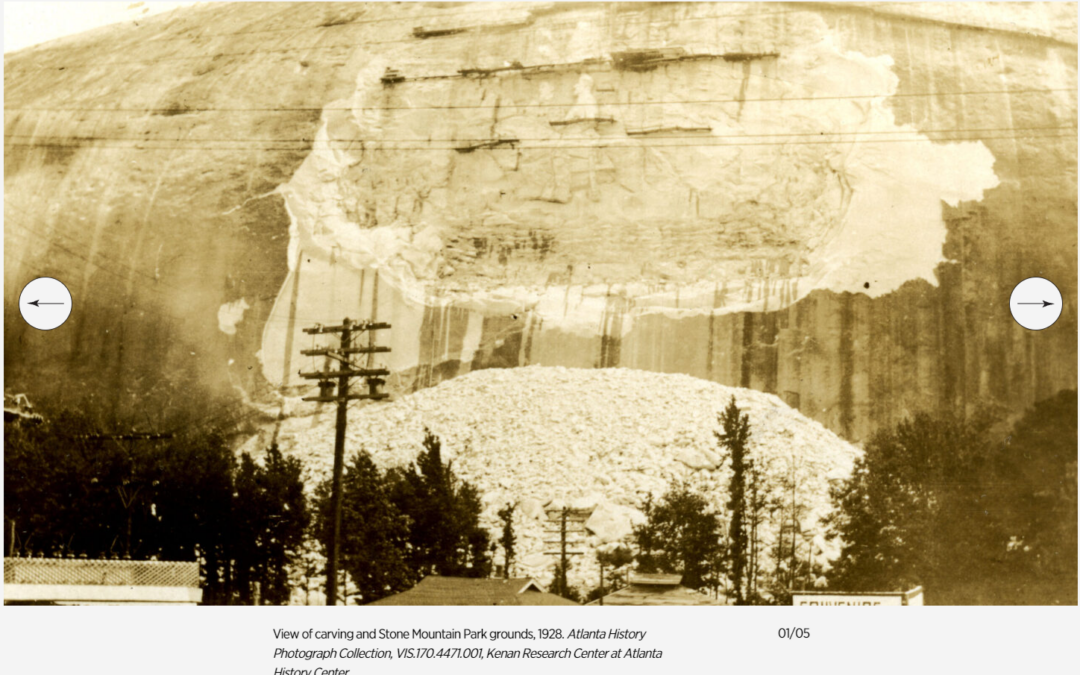 Atlanta History Center explores the controversial history of the Stone Mountain carving through a documentary film and online resources.

The carving on the side of Stone Mountain is the largest Confederate monument in the world.

The mountain is engraved with a sculpture of well-known people from the Confederacy: Jefferson Davis, president of the Confederate states, and generals Robert E. Lee and Thomas “Stonewall” Jackson. Many Georgians recognize the Stone Mountain carving, but few know the full story of its origin.

The effort to create a Confederate monument on Stone Mountain began in the 1910s. Yet, the monument was only completed in 1972. Spanning multiple efforts across more than 50 years, the carving’s history is full of twists and turns.

Today, the mountain and surrounding park remain a large tourist and recreational attraction featuring hiking trails, restaurants, campgrounds, a museum, and occasionally a laser show with the carving as the backdrop.

Atlanta History Center staff have been engaged with the history of the Stone Mountain carving for many years. Over the past year, the institution worked with experts and those closest to the issue to explore the history of the Stone Mountain carving from various perspectives for a documentary. The result of this work is Monument, a documentary film that delves into the controversial history of Stone Mountain, including the origin of the carving and the complicated relationships between historical events and key players who established the monument. 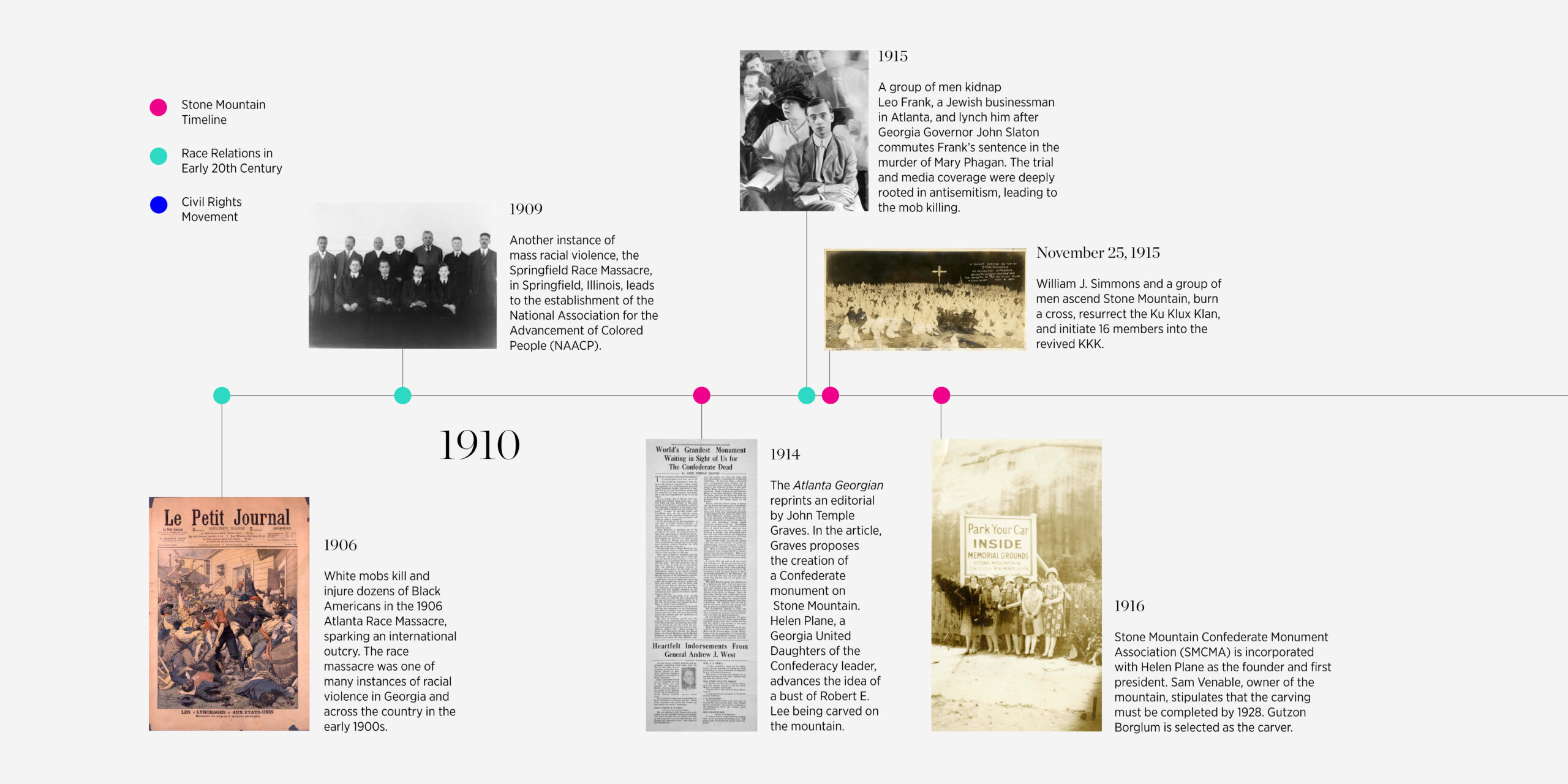 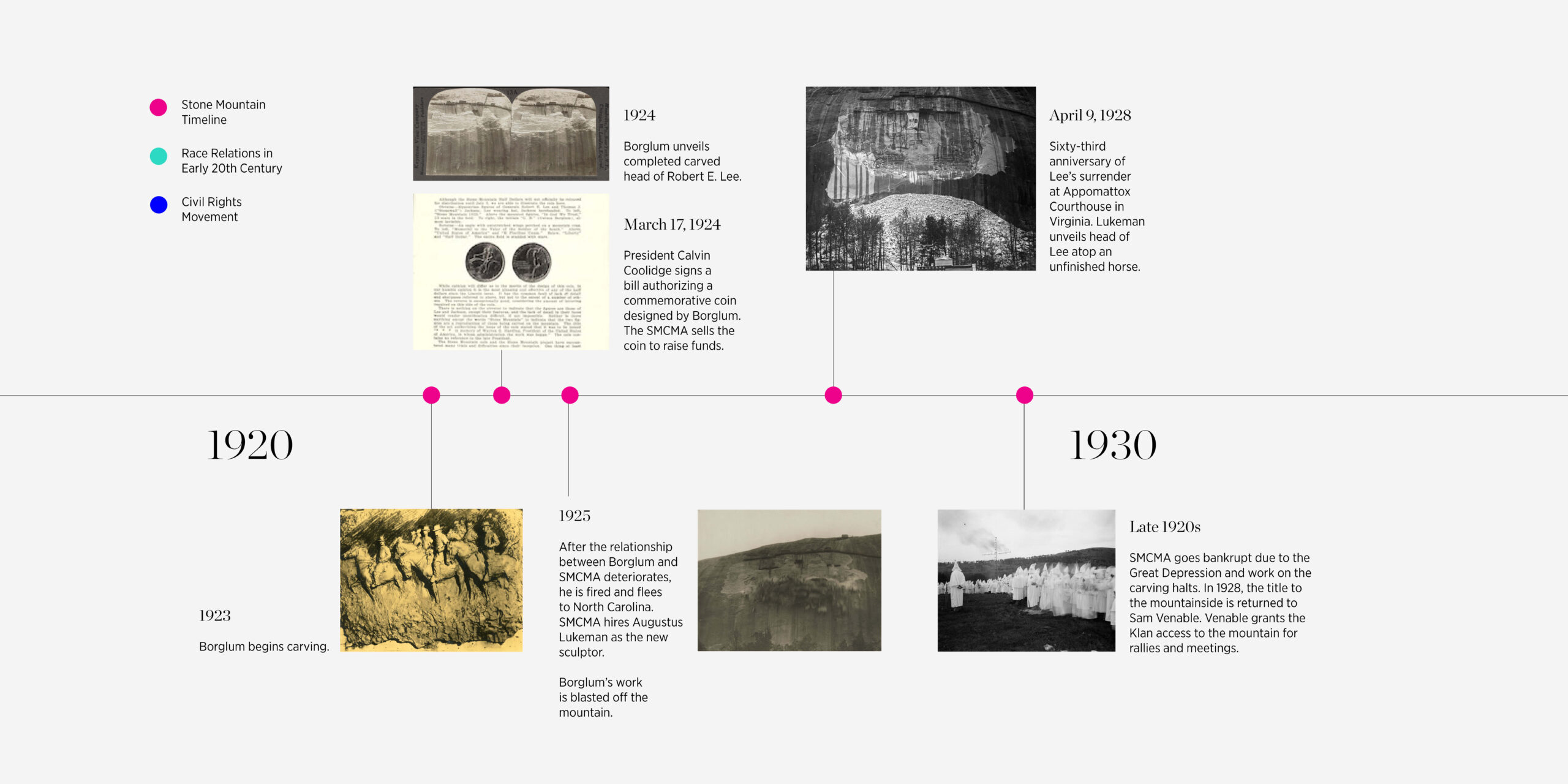 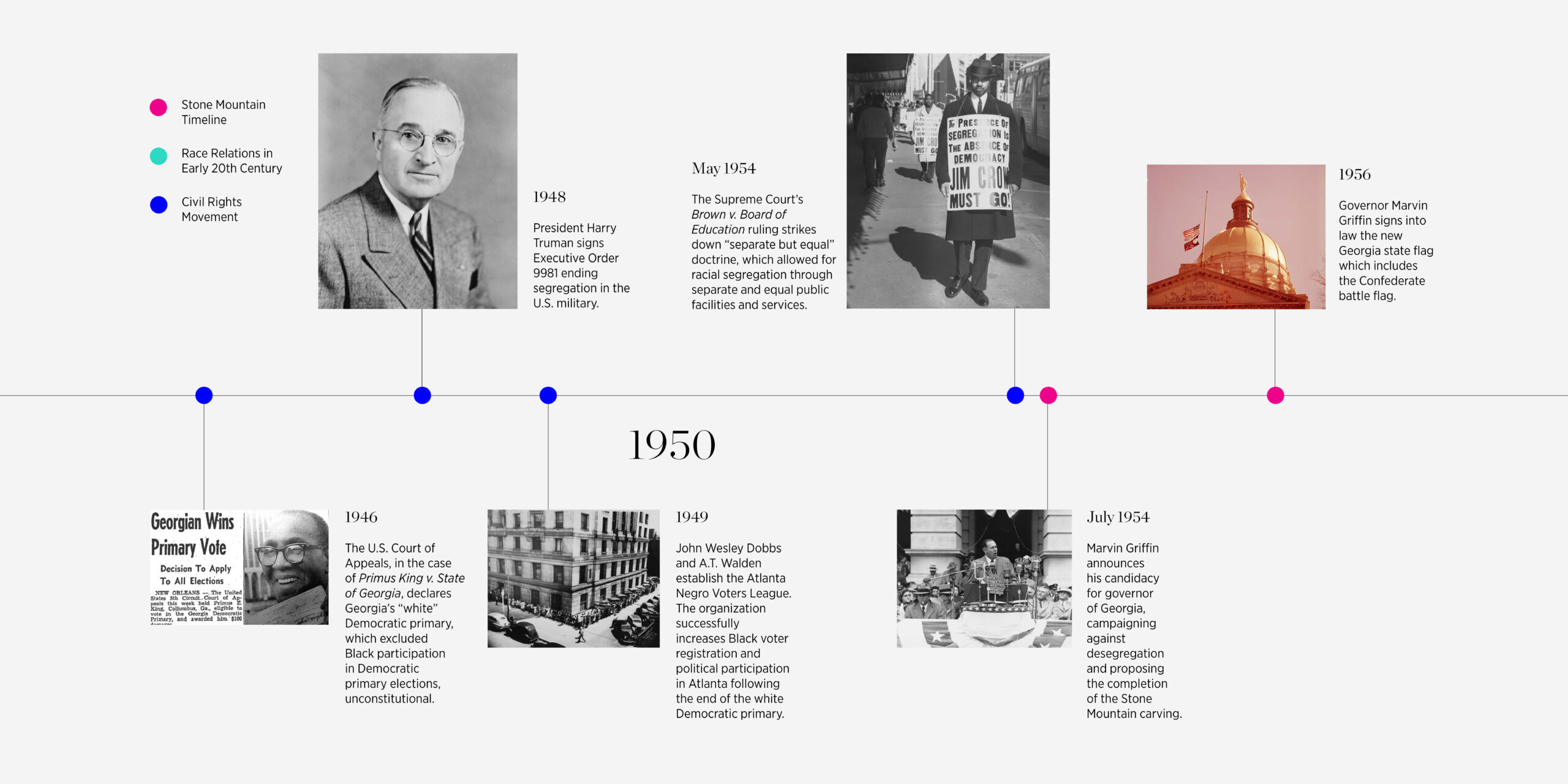 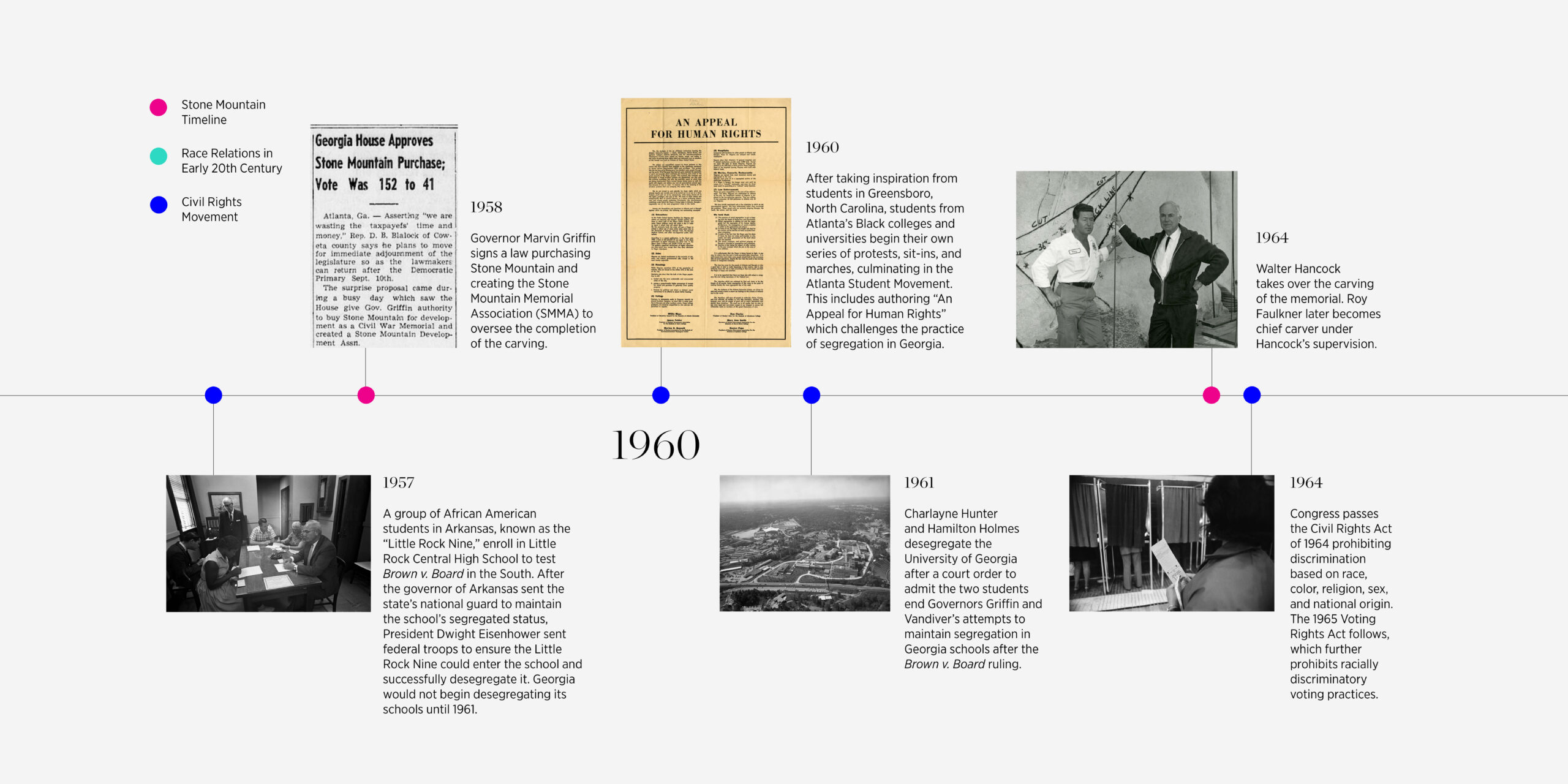 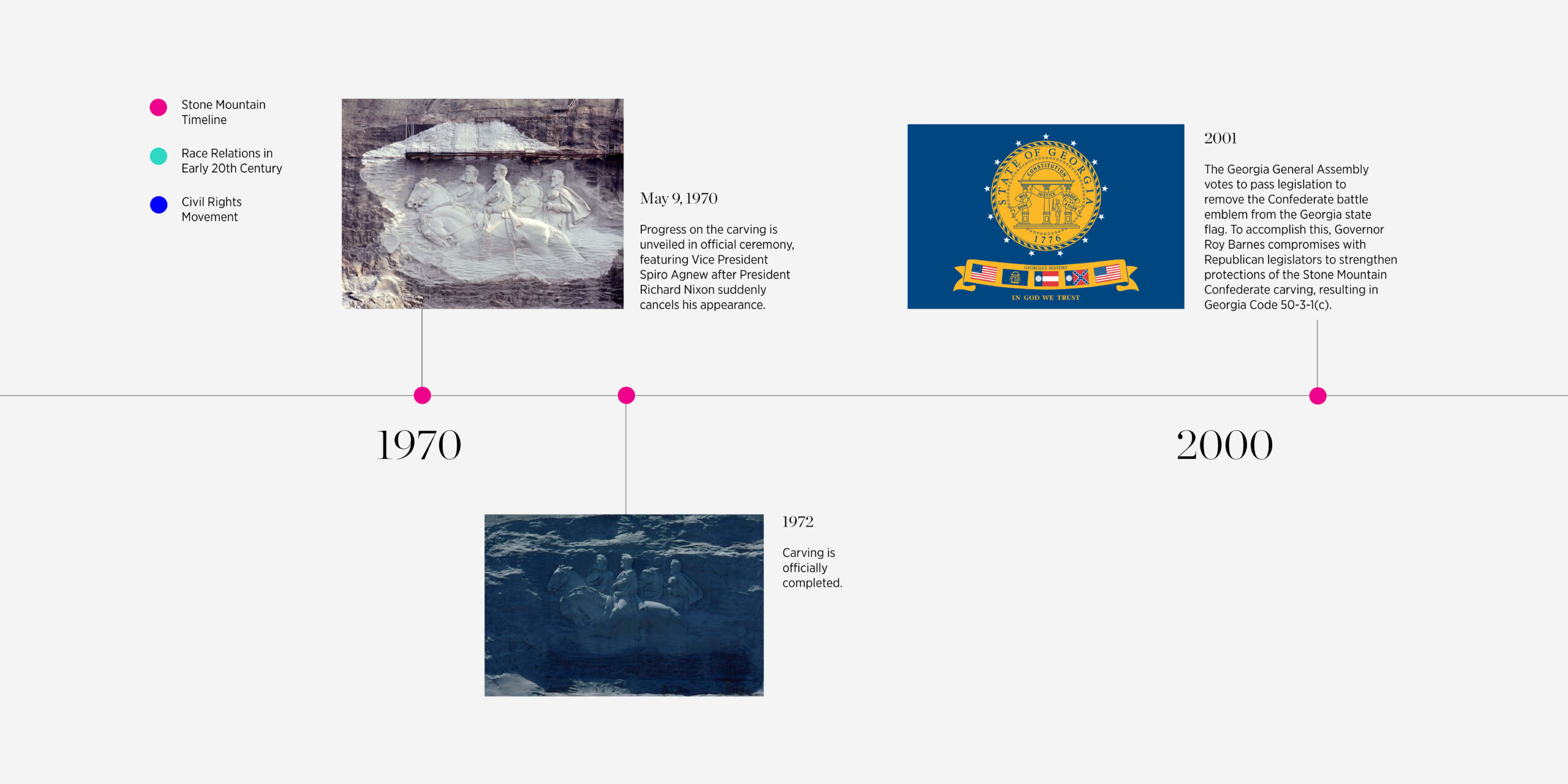 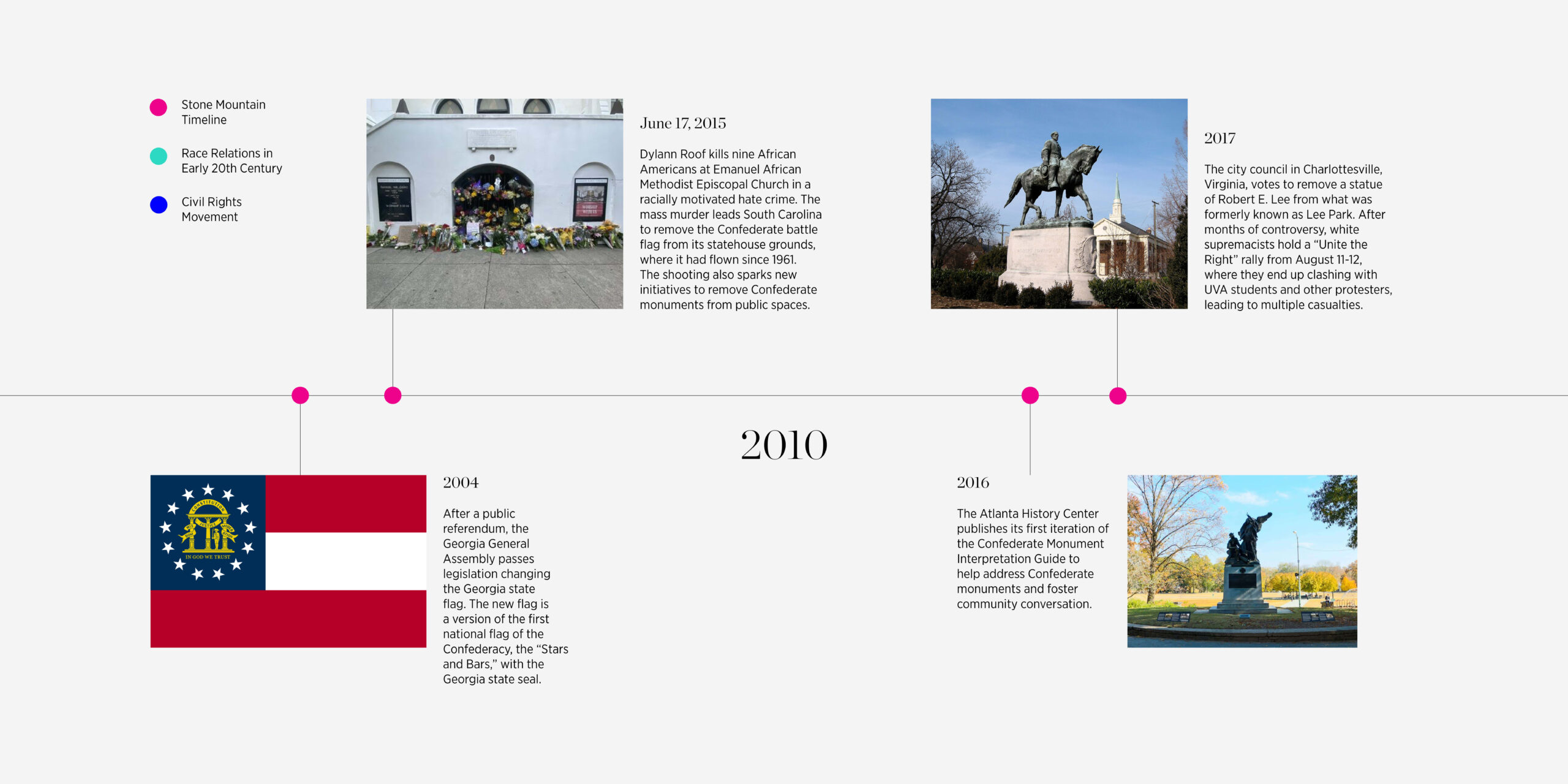 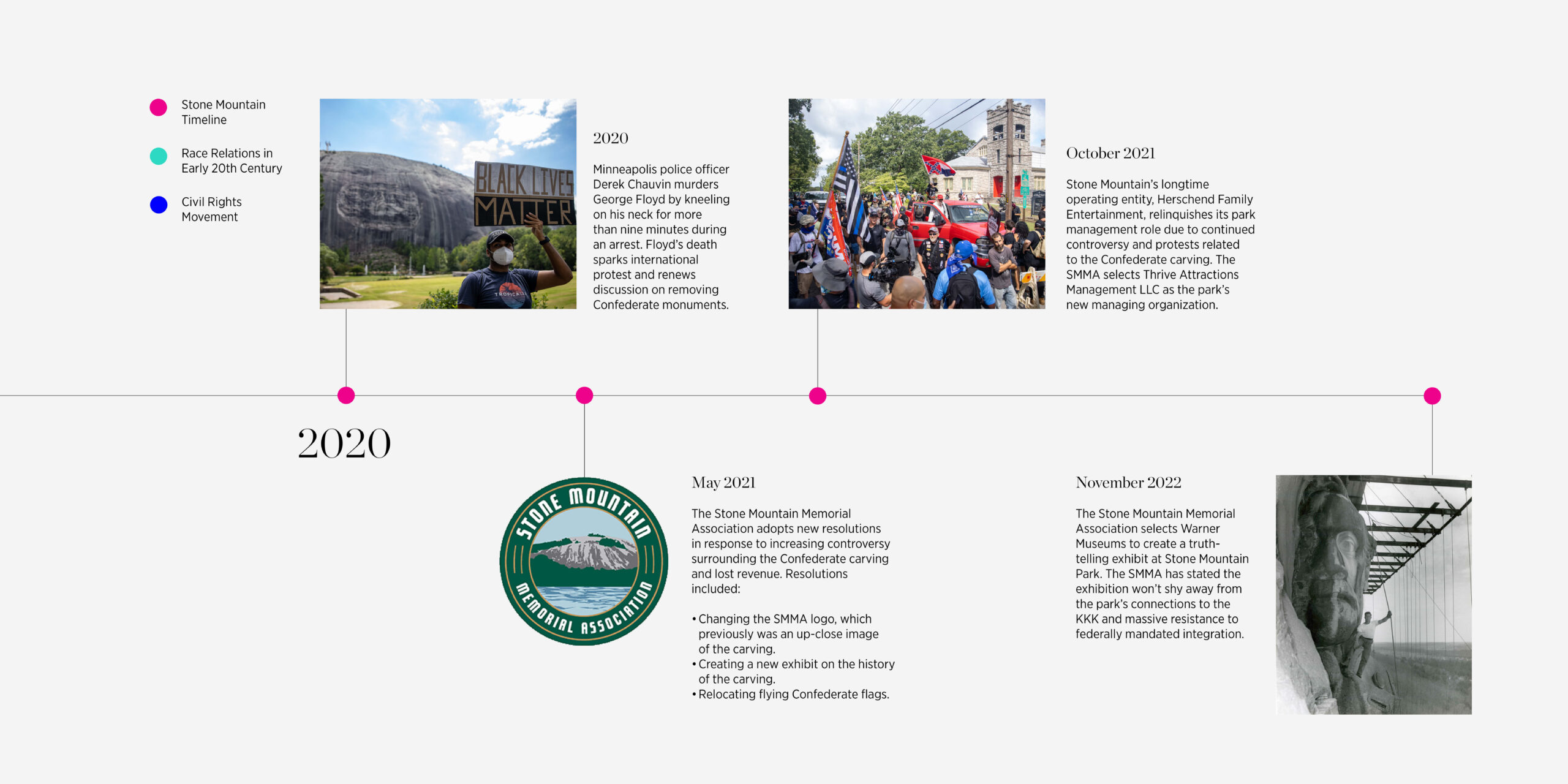