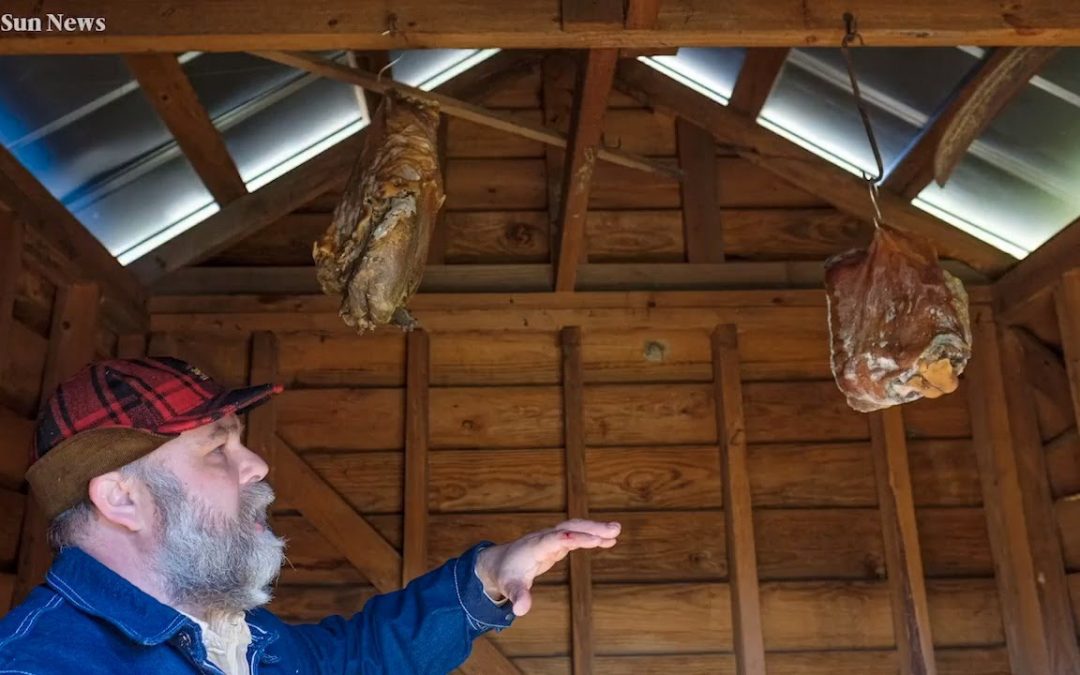 One of the first things newcomers and visitors to the Palmetto State learn is that South Carolina has pork — not beef — barbecue. And you best not forget it.

But how did that happen? What made pork so much more popular than beef here? The L.W. Paul Living History Farm says the answer is in the state’s climate, rural population and the versatility of swine, which are useful for more than just eating.

This Saturday, the Living History Farm will host its annual Smokehouse Day to “celebrate the pig.” The outdoor event will feature carving and pork preparation, demonstrations of salting and curing the meat and making lye soap.

(Don’t worry, the pig will already to be dead and mostly cut up for those who fear mentally scarring their children. However, carving up a pig is a tad gruesome, so those with squeamish constitutions might not be well-suited for watching that part.)

The day will offer a deep dive into an essential part of South Carolina history and culture in a way many have never experienced.

Historically, South Carolina’s chilly, but not too cold, winters provided the perfect environment for roasting pigs in a smokehouse all winter long, said the farm’s director, Walter Hill. Before modern refrigeration would have opened more avenues for production, as long as winter temperatures stayed between 32 and 42 degrees a pig could be salt cured and smoked for a month. Once the curing process finished, the meat could then be kept at any temperature and eaten all year.

Curing pork like this was informed by food safety, and “nothing changes, because food safety is food safety,” Hill said, so we still use many of the same cooking processes today.

Beef, however, cannot be salt cured as easily in South Carolina’s climate. And cows, even small ones, have much more meat than a single-family farm could cook and eat before it went bad. As a result, cows would often be sent to cities, where local slaughterhouses could process them and sell the beef to 20 or even 30 families, Hill said.

What’s more, for early farmers, pigs proved useful for a variety of products beyond just their meat — their fat could be used to make soap!

Cheap, mass-produced soap did not become available until the 1800s, so pigs, which had a lot of fat in their bodies thanks to their diet, were great sources of the necessary ingredients for making lye soap. From eating pork ribs to using the bones for broth to making soap from the leftover fat, no part of a pig went to waste on 17th, 18th and 19th century farms in South Carolina.

Education for all of this came from entities like the U.S. Department of Agriculture, which handed out pamphlets to farmers on all of the different ways meat could be cooked and preserved. Those same techniques are taught today.

“It was a free pamphlet given out by the federal government, like, ‘Don’t make yourself sick or waste your pork,’” Hill said. “It was promoting farm use, so you could grow your own pork, you could process it safely, (and) you weren’t getting as much waste in the new and better ways of doing it.”

All of the elements of pig consumption made it the perfect animal to raise on a family farm in South Carolina. Pig raising came to permeate so many parts of the state’s culture, its diet and even its sanitation (ironic, considering how messy pigs are). And these factors ensured that brisket, a staple of life in places like Texas, would never become nearly as popular as pulled pork or a slab of baby back ribs.

“Pork, because it could be easily and cheaply grown here and easily and safely preserved here, became the predominant meat source here,” Hill said.

Texas, by contrast, had larger cities, and massive cattle raising and slaughtering operations, making beef more prominent there. The state was also settled much later — and much closer to when refrigeration became available — ensuring beef didn’t go bad. But by then, pork had taken hold in South Carolina’s culture.

However, it’s much harder to salt cure and smoke pigs outdoors these days, even in South Carolina. Climate change has made winters much warmer than 100 years ago. Today, salt curing typically happens indoors inside walk-in refrigerators.

“Today, it’s actually difficult for us to find an opportunity to have 30 days of a constant temperature that doesn’t warm up too much for our hams to spoil,” Hill said. “That doesn’t mean that they didn’t have some warm spells in the winter when they were trying to cure meat, so they took some precautions by trying to keep the building closed up to keep the cooler air in there.”