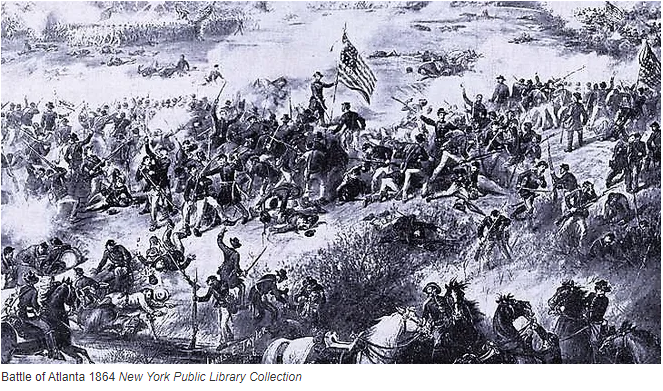 Here is the mystery of Nathan S. Morse, the war-time editor of The Augusta Chronicle.

Here is the mystery of a man so principled, he left his native North, decrying the power grabs of new President Abraham Lincoln.

Here is the mystery of a man who came South to Augusta and seems to have enjoyed the friendship and support of Georgia Gov. Joseph Brown and the vice president of the Confederacy – Georgia’s Alexander Stephens.

And here is the mystery of a man that The Chronicle’s self-written and often self-congratulatory 1960 history “The Augusta Chronicle, Indomitable Voice of Dixie” heaps so much scorn upon, you would think the damage to Georgia by William T. Sherman pales in comparison.

The chapter dealing with that era of the newspaper, then called The Chronicle and Sentinel, during the war years is titled: “Nathan Morse, Turncoat Editor.”

The book was written by Earl Bell and Kenneth Crabbe, veteran Chronicle editors. In the book’s 29 chapters, the one about Morse is the only one that seems to focus on the negative.

In the chapter’s eight pages here are the words used to describe Morse:

As if harping on his Yankee heritage wasn’t enough, they made fun of his looks. For example, they wrote that he “quite evidently could strut sitting down.”

He was said to have a “round face with bright, protuberant eyes, that made him look quite boyish.”

Then there’s the conspiracy.

In their 1960 book, Bell and Crabbe seek to confirm Morse’s treachery in the discoveries of Professor John E. Talmadge of the University of Georgia as reported in a 1953 article in the “Georgia Review.”

In that article, Talmadge speculated that Morse was the “triumphant propagandist” involved in a Southern peace conspiracy hatched by Georgia Gov. Brown and Confederate Vice President Stephens, who were looking for an editor to spread the word that the Lost Cause was lost and peace should be negotiated.

Talmadge explains this shadowy plan based on his interpretation of Stephens’ letters in the Library of Congress and some Richmond County court records.

The peace boosters were said to be interested in getting a state newspaper to push their views and supposedly Morse got the job. He does this by “…  tearing down public morale and confidence piecemeal by publishing alarming little items slyly inserted at the bottom of this columns. “

Talmadge was later joined by Louis Turner Griffith in their book “Georgia Journalism: 1763-1950.”

They not only continue to blame Morse for his pro-peace positions but maintain the Confederate government would have been better served if it had shut down its newspaper critics.

The war did end. Tough times arrived and Morse sold his interests in the Augusta newspaper and went back North, never to be seen or heard from again.

He was long dead when his reputation was exhumed almost a century later, then tarred and feathered. First by Talmadge, then Griffith, then Bell and Crabbe​.

However, Augusta historian Dr. Ed Cashin Jr. began to look at the Morse case in the 1970s.

In his notes for the book “The Story of Augusta,” Cashin mentions contradictions on the Morse we knew and the Morse he found.

Cashin has a point. If one reads the old microfilm pages, there does not appear to be much unusual with Nathan Morse and his editorial positions.

So why heap so much blame on an editor so obscure, we don’t even have his picture?

Perhaps because it was easy. Morse wasn’t local. He wasn’t all that likeable. And he left town, destroying or removing the newspaper’s back issues.

The Georgia press establishment had accepted an account blaming this Connecticut Yankee for his role in a Southern defeat.

The Chronicle’s 1960 book, with an eye on the pending centennial of the great conflict, simply continued the trend.

Augusta historian Cashin seemed to have noticed this and was probably closer to the truth. Blaming Nathan S. Morse for a lost war was like blaming the fan who didn’t yell loud enough for a lost ballgame.

Bill Kirby has reported, photographed and commented on life in Augusta and Georgia for 45 years.