Nation Building Was Not The Point

Damon Linker is one of the sharpest political/cultural observers writing today. If you’re not already reading his contributions to The Week, you should. He is also my colleague on The Bulwark’s weekly podcast “Beg to Differ.” In the spirit of our podcast, I must beg to differ with his recent column about the withdrawal from Afghanistan.

Linker writes that the argument over Afghanistan is in part partisan (as nothing can escape that sinkhole) but more broadly part of a well-established disagreement about America’s role in the world. Those who are criticizing President Joe Biden today, Linker writes, are Wilsonian idealists. They are united in thinking that the United States is responsible for spreading liberal democracy around the world, that our safety depends on the success of this effort, that the effort requires us to use military force against opponents of liberal democracy and that we must never pull back from that confrontation. 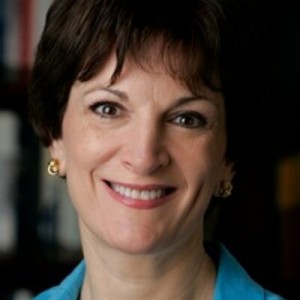 Well. Let’s concede that liberal internationalism or neoconservatism or Wilsonianism has a long history in this country, but it’s a bit of a leap to suggest that even these interventionists are so sweeping in their enthusiasm for military force. In fact, believers in liberal internationalism understand that there are practical and prudential limits to what can be achieved militarily.

There was no vast outcry among liberal internationalists for the United States to rush forces to Crimea when Russia annexed that territory in 2014. In fact, there wasn’t a single peep. Russia was clearly the aggressor, and liberal democracy (as imperfect as it is in Ukraine) was the evident loser in that confrontation, but pretty much everyone understood that the risks of outright conflict with Russia ruled out intervention. Ditto for the conflicts in Georgia, Chechnya, the North Caucasus and Nagorno-Karabakh. Similarly, as much as it pains us to see Hong Kong’s liberty being snuffed out by China, this is not a situation in which the U.S. could plausibly “use military force against opponents of liberal democracy.” Nor have interventionists called for military force to be used in Yemen, Lebanon, Chad or dozens of other world hot spots. Why? Because even the most dewy-eyed idealist recognizes that the use of force requires that American national interests be strongly implicated.

None of this belies the lessons of experience. Speaking for myself, the Iraq War sobered me up about many things, including 1) how much we can trust intelligence, and 2) how competent Americans are at occupying countries.

Which brings us to Afghanistan. Linker argues that our withdrawal was necessary on grounds of “empiricism, pragmatism, (and) realism.” Liberty cannot be gifted from one people to another, he cautions, and it is “messianic” to assume otherwise. I’m not so sure he’s right about that. South Korea, the Philippines, Taiwan, Japan and others arguably would not be as free as they are absent U.S. influence, and that doesn’t count all of the nations that would have been fascist had the U.S. not fought World War II.

But where I most differ with Linker is in his depiction of the Afghanistan mission as some sort of delusional, dreamy adventure in nation building. This theme has been prominent in the commentary lately. You’ve probably seen lots of takes along the lines of “we learned that we couldn’t turn Kabul into Kansas” and so forth.

But that’s a straw man. The Afghanistan deployment could be justified entirely by “empiricism, pragmatism and realism.” Biden says we were there to punish the Taliban for 9/11 and to get Osama bin Laden. Mission accomplished. Time to leave. President Donald Trump thought the same. But the U.S. presence was doing far more than providing the conditions for girls to be educated, minorities to be free of persecution and all to live in a nonmedieval state. The troops were also preventing Afghanistan from reverting to being a base for al-Qaida. Now bloodthirsty jihadists from around the world will flock to Afghanistan, and many others will be lifted by the example of the Islamists who defeated the Great Satan. Recall that ISIS proved a beacon to Islamist terrorists throughout the world when they proclaimed their “caliphate” in Iraq/Syria. The control of territory signifies divine approbation in their worldview.

The presence of U.S. and NATO troops in Afghanistan also helped to stabilize neighboring Pakistan. The Pakistanis were always playing a double game with us and the Taliban. Now they must contend with the possibility that the Afghan Taliban will support the Pakistani Taliban. As Bret Stephens noted, however much they may deserve their fate, it really isn’t in our interests to see a nation with nuclear weapons destabilized by Islamic extremists.

Biden keeps reassuring us that we can achieve our counterterrorism goals by “over the horizon” methods. But if we were unable to accurately predict the Taliban’s blitzkrieg with personnel on the ground, how will we be able to do so from hundreds or thousands of miles away? “When the time comes for the U.S. military to withdraw, the U.S. government’s ability to collect and act on threats will diminish,” CIA Director William Burns told Congress in April. “That’s simply a fact.”

The Afghanistan Study Group estimated in February that a force of 4,500 Americans, supplemented by 7,000 NATO troops, would have been sufficient to maintain the stability of the country. That is far fewer than the 35,000 Americans in Germany, the 28,000 in South Korea and the 54,000 in Japan. It is just slightly more than the 4,000 in Bahrain.

So, we don’t need to beat our breasts about how misguided it was to suppose that we could transform a tribal society into a liberal democracy. Any movement in that direction was a bonus, but it wasn’t the chief goal. We were there to thwart attacks by terrorists who mean us grave harm. For 20 years, we succeeded. The future is now assuredly wretched for Afghans. And it is less safe for us. That’s not the voice of a disillusioned democracy-spreader, but a hard-headed realist.

Mona Charen is policy editor of The Bulwark and host of the “Beg to Differ” podcast. Her most recent book is “Sex Matters: How Modern Feminism Lost Touch with Science, Love, and Common Sense.” To read features by other Creators Syndicate writers and cartoonists, visit the Creators Syndicate webpage at www.creators.com.