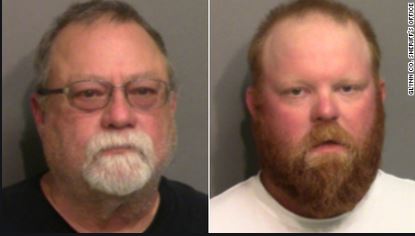 BRUNSWICK, Ga. — The state attorney general pledged to investigate the handling of a young black man’s killing as a furious public demands action against the local officials who waited more than two months to arrest the suspects.

A graphic video taken of the final moments of 25-year-old Ahmaud Arbery’s life show him jogging on a residential road when two white men approach him in a pickup. The men tussle, gunshots are heard and Arbery stumbles to the ground. The release of that grisly footage last week sparked widespread horror, leading authorities to charge two men with murder Thursday night — 74 days after Arbery was killed.

But the arrests of father and son Gregory and Travis McMichael did little to quell the anger of a reeling public clamoring for an explanation of how so much time could have passed without an arrest.

“I will be looking into how the Ahmaud Arbery case was handled from the outset,” Georgia Attorney General Chris Carr said in a statement to The Washington Post. “The family, the community, and the state of Georgia deserve answers. We need to know exactly what happened, and we will be working tirelessly with the Georgia Bureau of Investigation, the Brunswick community and others to find those answers.”

Glynn County commissioner Peter Murphy said he also plans to call for an investigation into the prosecutors and police agencies that investigated Arbery’s shooting over the past two months.

Murphy echoed widely held concerns that three separate district attorneys had reviewed the video, but that the McMichaels were arrested only after the footage was publicly released and pressure intensified.

“When the highest levels of our federal government are criticizing what’s happening here, I think that speaks to the needs of not just a look at Arbery’s killing, but at the entire system that investigated it,” he said.

The video — which officials described as “a very important piece” of evidence in moving forward with criminal charges — was first posted by WGIG, a radio station in Brunswick, Ga., which said it had obtained the footage from an anonymous source.

But in a twist emblematic of the small-town politics that have defined the case, that source turned out to be a criminal defense lawyer in town who had informally consulted with the suspects.

The lawyer, Alan Tucker, said the video had come from the cellphone of a man who had filmed the episode and that he later gave the footage to the radio station.

Asked why he had leaked the video, Tucker said he had wanted to dispel rumors that he said had fueled tension in the community. “It wasn’t two men with a Confederate flag in the back of a truck going down the road and shooting a jogger in the back,” Tucker said.

“It got the truth out there as to what you could see,” he added. “My purpose was not to exonerate them or convict them.”

Tucker said he had been an acquaintance of Gregory McMichael’s from their work in legal circles. McMichael is a retired investigator at the local district attorney’s office.

Reports suggest Tucker had consulted with the McMichael family in some capacity during the investigation, although it is not clear to what extent. Tucker declined to comment on his conversations with the McMichaels, citing attorney-client privilege.

“I’m not going to tell you what I told them or what they told me,” he said, using profanity to say that any conversations — had they occurred, he said — were none of the public’s business.

Tucker said that it had been decided that he would not be retained as the lawyer for either of the McMichaels, and it was unclear who was representing them.

Tucker said he would not be representing anyone else involved in the case, as the authorities announced they were pursuing a number of leads, including investigating the man who took the video.

​​​​​Information for this article was contributed by Cleve R. Wootson Jr. and Colby Itkowitz of The Washington Post, and by Sarah Mervosh of The New York Times.