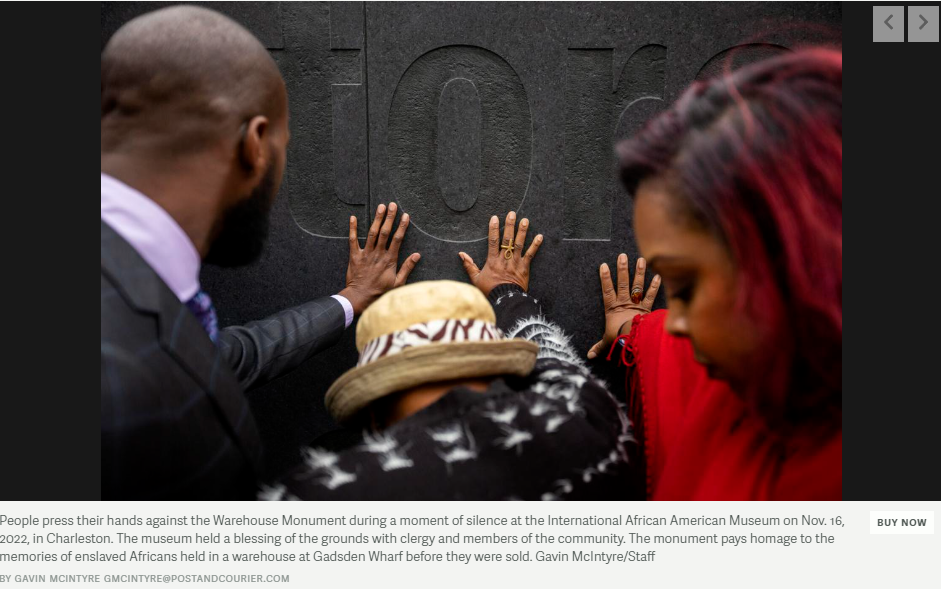 Standing at the edge of the Cooper River where thousands upon thousands of enslaved Africans had been brought long before, Bishop Cyril Kobina Ben-Smith of Ghana thought about the connection between North America and Africa.

The Archbishop of the Church of the Province of West Africa, who had come to Charleston to partake in a ceremonial blessing for the soon-to-open International African American Museum, thought about the slave castles in Ghana. There, the chains that bound Africans before they were forced across the Atlantic, never to return to their homeland, remain in the dungeon.

The bishop recalled the sorrow he felt when he visited those castles. On Nov. 16, he said he felt a similar pain as he walked the grounds formerly known as Gadsden’s Wharf — the site where cargoes of men, women and children entered Charleston to live a life of subjugation and brutal, unthinkable suffering in America.

“It was a very emotional service for me and a reminder of years gone by, and what we need to do to ensure that justice is something that we don’t take for granted,” Ben-Smith said.

Ben-Smith and dozens of other faith leaders and dignitaries from North America and Africa came together for a Blessing of the Water and Sacred Ground service at the new IAAM, slated to officially open Jan. 21. The focus of the event was the land beneath the museum itself, as spiritual and community leaders recalled that the new building rests where their ancestors walked, suffered and died.

“We are standing on sacred ground,” said the Rev. Demett Jenkins, director of education and engagement for faith-based communities. “We want to pay homage to each one of those ancestors who were forced to this country but yet made life here in this country.”

Bishop Michael Curry, presiding bishop of The Episcopal Church, was slated to lead the ceremony but could not attend due to delayed travel. Curry was still slated to preach at a later worship service at Mount Moriah Missionary Baptist Church in North Charleston.

At the museum, the crowd was led by ministers decked in colorful clergy attire as everyone present walked around the campus, stopping at seven locations to offer prayers and blessings. The Claflin University Concert Choir, hailing from one of the state’s historically Black universities, sang selections as guests traveled to each of the attractions.

While the building is not yet open, guests were able to get a glimpse of the museum’s outdoor sites. These include the African Ethnobotanical Garden on the north side of the edifice. The green space includes indigenous plants from West Africa, the Caribbean and the Lowcountry — all of the plants surrounding a wooden walkway. Sweetgrass, Queen Ann’s lace, African Iris and tropical hibiscus make up the garden.

Then there’s the Stele Garden, where monuments that have been carved from mountains in Washington State can either represent those who came ashore on the port, or those who lost their lives during the horrific passage across the Atlantic.

At the Warehouse Monument, the granite wall reflects Maya Angelou’s quote, “and still, I rise.” Guests were called to remember the 700 enslaved Africans who died there while being held in a warehouse, waiting to be auctioned off at the slave market.

The International African American Museum received a blessing from faith leaders before opening in January, on Wednesday, Nov. 16, 2022, in Charleston. 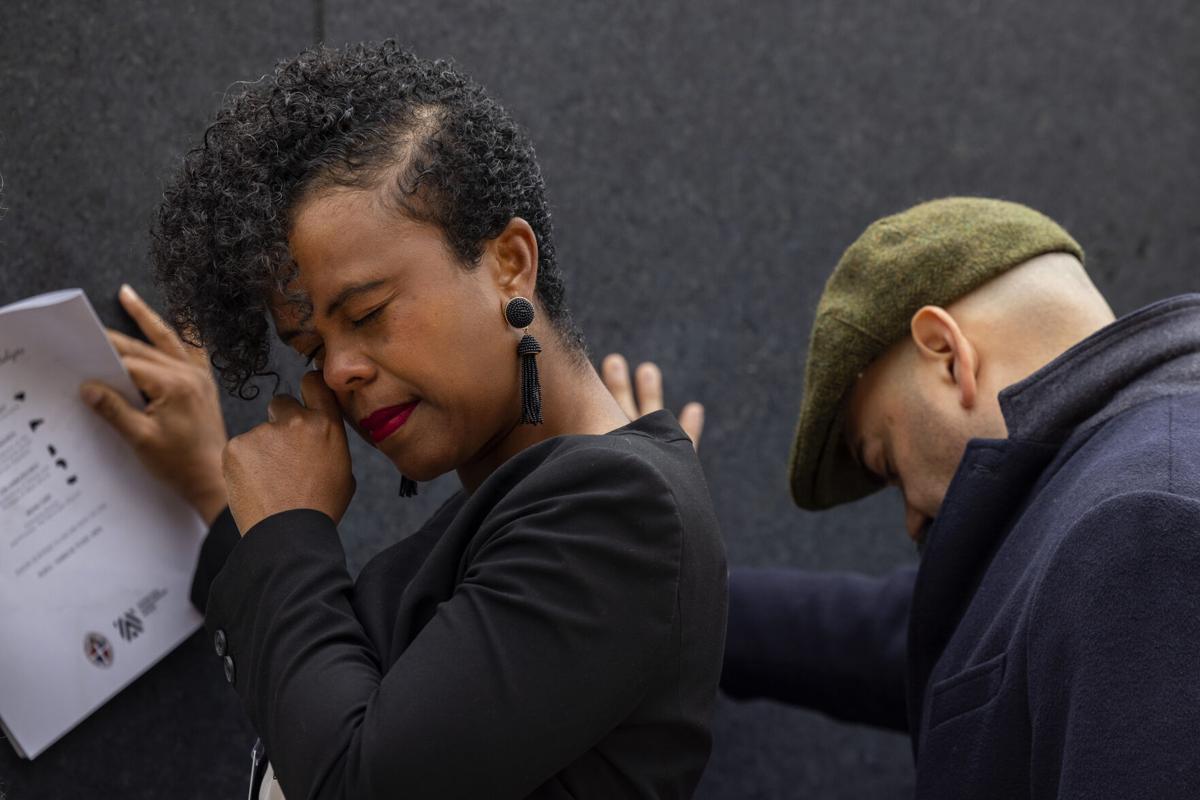 Malika Pryor, chief learning and engagement officer at the International African American Museum, wipes away tears while pressing her hand against the Warehouse Monument during a moment of silence at the International African American Museum on Wednesday, Nov. 16, 2022, in Charleston. The museum held a blessing of the grounds with clergy and members of the community. The monument pays homage to the memories of enslaved Africans held in a warehouse at Gadsden Wharf before they were sold. Gavin McIntyre/Staff

The ceremony ended at the Reflection Pool and Water’s Edge, where carved figures depict men, women and children who laid side by side in the bellies of ships, once anchored near the harbor.

This site particularly gripped the heart of the Ghanaian bishop. It brings him “utter sorrow and despair” to think of those who had once been free only to be captured and shackled, Ben-Smith said.

Waring, one of the city’s three Black City Council members, said the museum has taken decades of planning. The anticipation of the museum’s opening could be felt at the blessing ceremony, Waring said.

“You can feel the power of the religious message that was delivered today,” he said. “It’s energizing.”