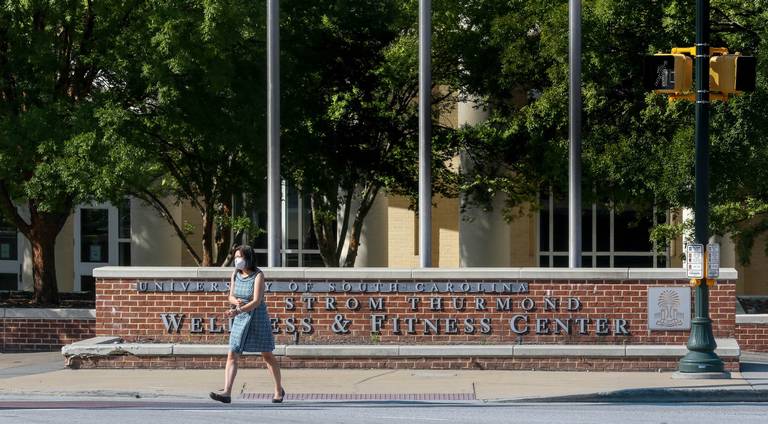 University of South Carolina faculty and alumni continue to push for the school to remove the names of segregationists or those who benefited from slavery from its buildings.

The calls came during a Monday meeting of USC’s Presidential Commission on University History, which was formed to consider new names for controversial building names.

During the meeting — co-chaired by former USC President Harris Pastides — Professor David Crockett read a letter from the Black Faculty Caucus that called for USC to rename buildings as a larger part of a social justice agenda. That includes USC acknowledging it was built by slaves on land where indigenous people once lived and being committed to “restorative justice,” in part meaning USC must avoid displacing Black families as the university expands its campus.

“I love my job. I care about my students and colleagues and that’s why I’m pushing USC to rename these buildings,” said Jaclyn Wong, an assistant professor of sociology. “The Carolinian Creed calls us to respect all persons.”

Three activists with the organization Repeal the Heritage Act spoke at the meeting, applauding the commission’s attention to the issue, but called for more transparency and public communication in how the commission decides which buildings to rename

“We all know Strom Thurmond was racist, and frankly it’s embarrassing that we have a building on campus named after” Thurmond, said Kelly Roberts, a 2011 graduate of USC and a Repeal the Heritage Act supporter.

The Heritage Act prevents moving historical monuments or renaming buildings, streets. etc. without a two-thirds approval from the General Assembly.

In the wake of George Floyd’s killing, institutions throughout the country have faced a reckoning with buildings named for racists, segregationists and slave owners.

In June, Caslen called on USC’s board of trustees to change the name of a women’s dorm named for J. Marion Sims, who founded modern gynecology by experimenting on enslaved women. Thurmond, the late long-time U.S. Senator from South Carolina, was known for opposing the Civil Rights Act and racial integration.

“I love this university. I’ve been here only three years and I want to see this university continue to ascend, to be a member of AAU … and to be a role model for flagships across the country,” said Richard Brown, who runs USC Press, but said he spoke only for himself. “USC has a chance to seize this moment.”

AAU, the Association of American Universities, is a prestigious group of 65 universities. Joining the group has been seen as an extremely difficult venture, but one that would exponentially increase USC’s prestige.