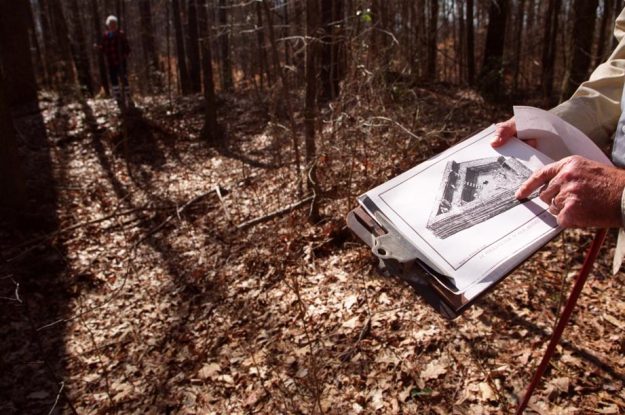 GEORGIA: Civil War Park Closer to Reality, But Not A Name

MABLETON, Ga. — Cobb County is moving forward on construction of a new park in Mableton that remains nameless nearly two years after controversy erupted over whether the name should reflect the site’s history as a Civil War battlefield.

As of last week, county commissioners and the Atlanta Regional Council both signed off on the park’s design, which required certification by the regional body because it is located on the Chattahoochee River.

A tender for construction is expected to go out soon, with work likely to start in spring with a possible fall 2020 completion date. Development of the park is being funded by a special 1 percent sales tax.

Commissioner Lisa Cupid, who represents the area, called the name a “work in progress.”

The 103-acre parcel between Discovery Boulevard contains the remnants of Johnston’s River Line, a stretch of Civil War trenches and earthworks named for the Confederate general who oversaw its construction in 1864 using local slave labor.

“Johnston’s Line” is included on the National Registry of Historic Places, but the name was never made official by the county.

Many residents of the area had advocated for naming the greenspace Mableton Discovery Park and including historical markers explaining the history of the earthworks. They described that name as “forward-looking” and said it was inclusive of the diverse community that lives in the area.

But some historic preservationists, mostly from outside the district, objected. They said the name should reflect the site’s Civil War history, and suggested “Johnston’s River Line” or “River Line.” Several commissioners were sympathetic to this position, and the naming was tabled in March 2018.

Months later, a compromise — “Mableton’s Chattahoochee River Line Park” — was floated, but that name never made it to a vote either.

Joel Cope, president of the Mableton Improvement Coalition, said the group put a lot of work into reaching community consensus on Mableton Discovery Park, but was open to alternatives. He added, however, that the phrase “River Line” was divisive and conjured “unpleasant memories” for many members.

“For us as an organization, our main thing is trying to get this park space open and available to use by the public,” he said. “We want to have both a name and a park that people will be comfortable with and enjoy.”

Recently, Commissioner Cupid said she was in discussion with commissioners to hold another vote, but declined to reveal the proposed name until she is “100% sure” she has the support to pass it.

“There’s just a lot of sensitivity around the park and I don’t want to put the community through any additional delay or oscillation,” she said.

Cupid said the Civil War history of the land could not be denied, but naming the park “for one side” could discourage some in the community from enjoying a public amenity.

“The name is important to the extent that it does not alienate anyone,” Cupid said. “I think it is important that we get it right.”