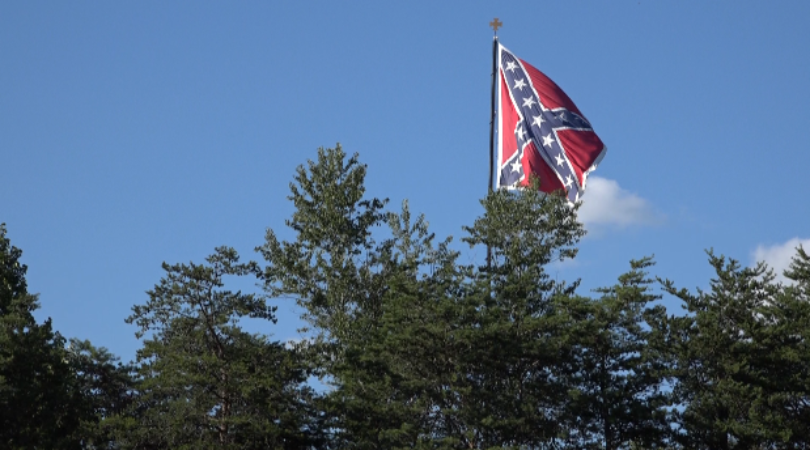 LOUISA COUNTY, Va. — A judge is denying a motion by Louisa County to dismiss a lawsuit in connection with a giant Confederate flag.

The 30-by-50 foot flag has flown high on private property in the county, and can be seen from Interstate 64. 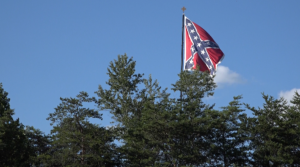 Louisa County has argued that the 120-foot flag pole violates a zoning ordinance.

The Virginia Flaggers, who put up the pole and are plaintiffs in the lawsuit, claim the flag is a Civil War monument and that the ordinance does not apply.

The pro-Confederate group raised this particular flag back in March 2018 in response to Charlottesville City Council approving to move a statue of General Robert E. Lee out of a city park.

However, county leaders said the flag pole was too tall and violated the county’s zoning ordinance, which outlines that permitted buildings and structures are allowed a 60-foot maximum for height unless a zoning appeal or building permit is approved, which was not the case for the large flag.

The county first sent out a violation notice telling the Flaggers to reduce the flagpole’s height, apply for a special exception with the board of supervisors, or remove it, but they instead refused and sued the county, arguing the pole should be considered a war monument because it is part of a Confederate soldier’s grave site.

A hearing in Louisa Circuit Court is currently set for August 21.

The court will have two rulings to consider: First, whether the flagpole is a monument, then on the constitutionality of the county’s zoning ordinance.