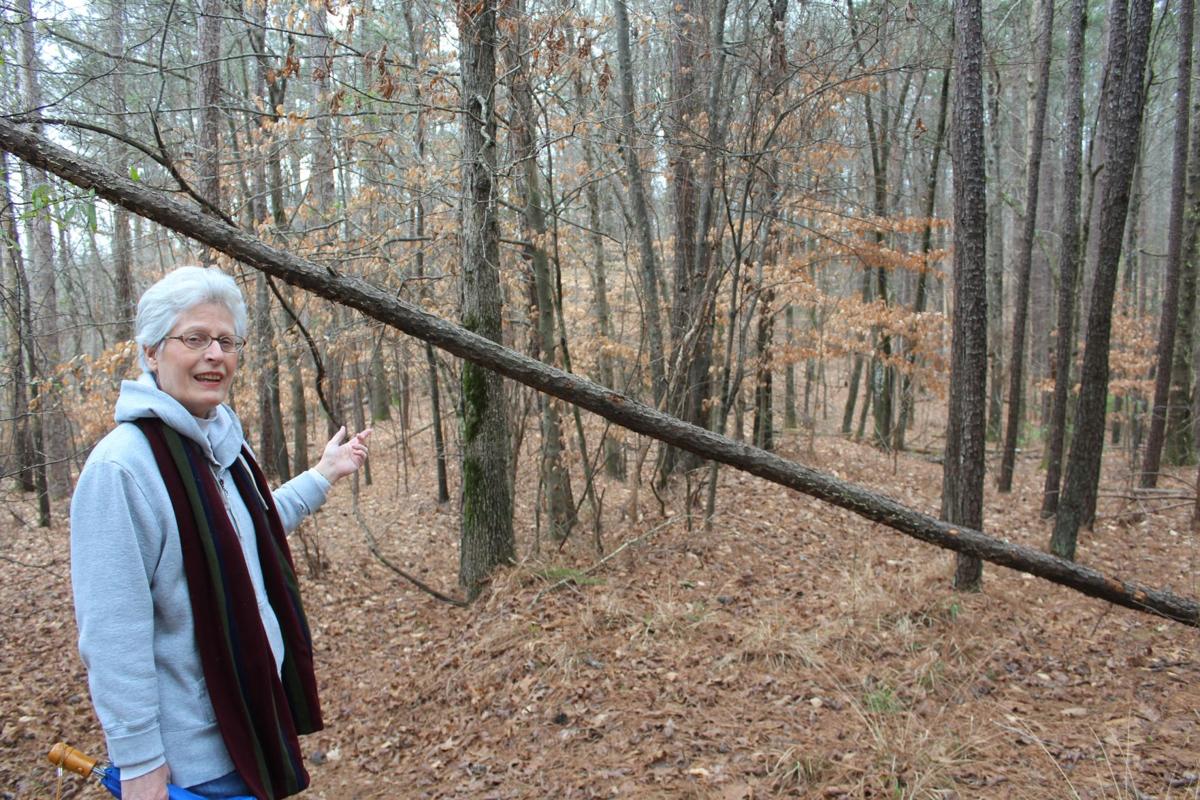 MABLETON — Nearly a year since the county first tried to set a name for a new park in Mableton with Civil War ties, a compromise name has surfaced for Cobb commissioners to vote on at their meeting on Tuesday.

The county purchased about 103 acres between the Chattahoochee River and Discovery Boulevard in Mableton in 1990 with the intention of preserving Civil War earthworks on site and creating a new park.

Roberta Cook, executive director of the River Line Historic Area, poionts to trenches found within the 103 acres the County is seeking to preserve as a new park.

Commissioners approved a master plan for the park in March 2018, but setting a name was tabled over whether the park should keep the name of a Confederate general who fought in the area.

County staff had proposed naming the new park “Mableton Discovery Park” based on a recommendation from the county’s recreation board. It would have replaced “Johnston’s River Line,” which is how the property was listed in the 2016 project list for the county’s 1 percent sales tax program, which set aside $1 million for the development of the new park.

That name came from Confederate Gen. Joseph Johnston, who commanded troops in the area to fight against Union Maj. Gen. William Tecumseh Sherman’s march to Atlanta.

The property has some Civil War earthworks from Johnston’s deployment, including the remains of an earthen, two-level fortification called a shoupade.

Roberta Cook, executive director of a group that seeks to preserve the area known as River Line Historic Area, Inc., said there were 36 shoupades along Johnston’s river line, but only nine remain today. One of those is in the new park.

Cook said it is “critical” to preserve the earthworks because there is so little left from that area that visitors can touch and feel to get a sense of what Civil War soldiers would have experienced.

“Out of the whole seven-mile battlefield, this is the biggest intact section of the battlefield we have left,” she said.

When commissioners sought to change the name, some were in favor of removing the Confederate general’s name from the park, while others thought it would ignore the historical significance of the area, possibly affecting the Civil War tourists that the park could draw.

According to county documents, Cook’s group and the Mableton Improvement Coalition have come to a compromise on the new park’s name: “Chattahoochee Riverline Park.”

Cook said including the word “Riverline” in the park’s name will signal to Civil War enthusiasts that there is something for them to see at the park.

Commissioner Lisa Cupid, who represents the area, said she’s glad both sides could come to a compromise, especially because it furthers her main goal, which is seeing the park developed.

“I think having recreational space in our community that the community has been working on for a long period of time coming to fruition was paramount. But I can certainly understand that having a name helps to further add to the significance of that park,” she said.

Commissioners are expected to vote on the name at their meeting on Tuesday, which is scheduled for 9 a.m. at the county government building on Cherokee Street in downtown Marietta.