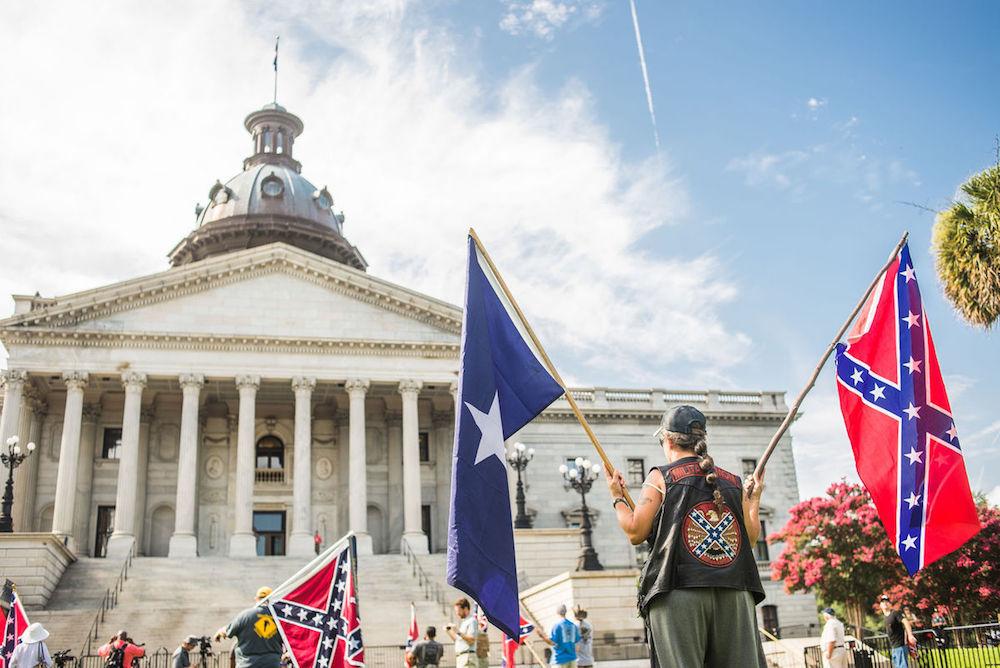 CHARLESTON, S.C. — The Marine Corps’ top officer is hoping to ban all Confederate paraphernalia from its bases worldwide, a decision that has agitated one of South Carolina’s largest Confederate heritage groups. 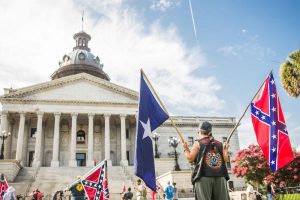 The Confederate flag flew on a pole on the South Carolina Statehouse grounds until July 2015, when it was removed. In years since then, historic re-enactors and right-wing activists raised flags on the grounds to protest its removal. File/John Carlos/Special to The Post and Courier

The memo, obtained and made public by Military.com, said the decision was for “immediate execution.” A deadline for the policy has not been announced.

Jamie Graham, the S.C. Division commander of the Sons of Confederate Veterans and a retired Army soldier, said the Marine Corps new policy is misguided.

“I find it appalling that the commandant would do that,” Graham said. “Many of the Marines are Southerners who have a Confederate ancestor. Their memory should not be tarnished by foolishness.”

The South Carolina division of the SCV boasts more than 3,000 members across more than 60 camps statewide, according to its website.

Debates over whether Confederate symbols represent hate or heritage is not a recent development in the military but it comes as an alarming number of service members report being exposed to white supremacy within the ranks.

Issues over racism and white supremacy have collided in the military recently. More than one-third of all active-duty troops and more than half of minority service members say they have personally witnessed examples of white nationalism or ideologically driven racism within the ranks, according to a February survey of active-duty personnel conducted by the Military Times.

Capt. Bryan McDonnell, a spokesman for Parris Island, said “Marines follow orders” and when the policy becomes finalized, they will honor it.

Likewise, a spokesman for MCAS Beaufort, 1st Lt. Kevin Buss, said no Confederate items were found on the base so nothing has been confiscated from any Marines.

“Currently, it’s too early in the process for actions to be taken at MCAS Beaufort, but our installation will carry out Commandant’s orders as directed,” Buss said in an email.

The military has subtly recognized the Confederacy over the years. Three of the largest bases in the world — Fort Bragg in North Carolina, Fort Hood in Texas and Fort Benning in Georgia — are named for Confederate generals.

Ten Army bases have their namesake after Confederate leaders. A 2017 study by the Congressional Research Service found there were no Navy or Marine Corps bases named for Confederate military leaders.

In 2015, The Citadel’s Board of Visitors voted to remove a Confederate Naval Jack flag hanging in Summerall Chapel. The flag had been presented to the college in 1939.

The Naval Jack is still displayed inside the chapel, said Citadel spokeswoman Kim Keelor, because moving it would be a violation of South Carolina’s Heritage Act. The act requires at least a two-thirds vote of the S.C. House and Senate to approve any change to any themed monument.

Debates over Confederate monuments and their place in the public square came back to the national forefront after Dylann Roof shot and killed nine African Americans at Emanuel AME Church in Charleston in 2015.

A month later, then-Gov. Nikki Haley ordered the Confederate battle flag removed from public grounds at the Statehouse. It was moved to the S.C. Confederate Relic Room and Military Museum.

That museum is currently pondering a name change. The American Alliance of Museums Accreditation suggested last month the relic room take the word “Confederate” out of the title in an effort to shorten the title and increase donations.

But, similar to The Citadel’s Confederate Naval Jack, it would have to be approved by the House and Senate because of the Heritage Act.