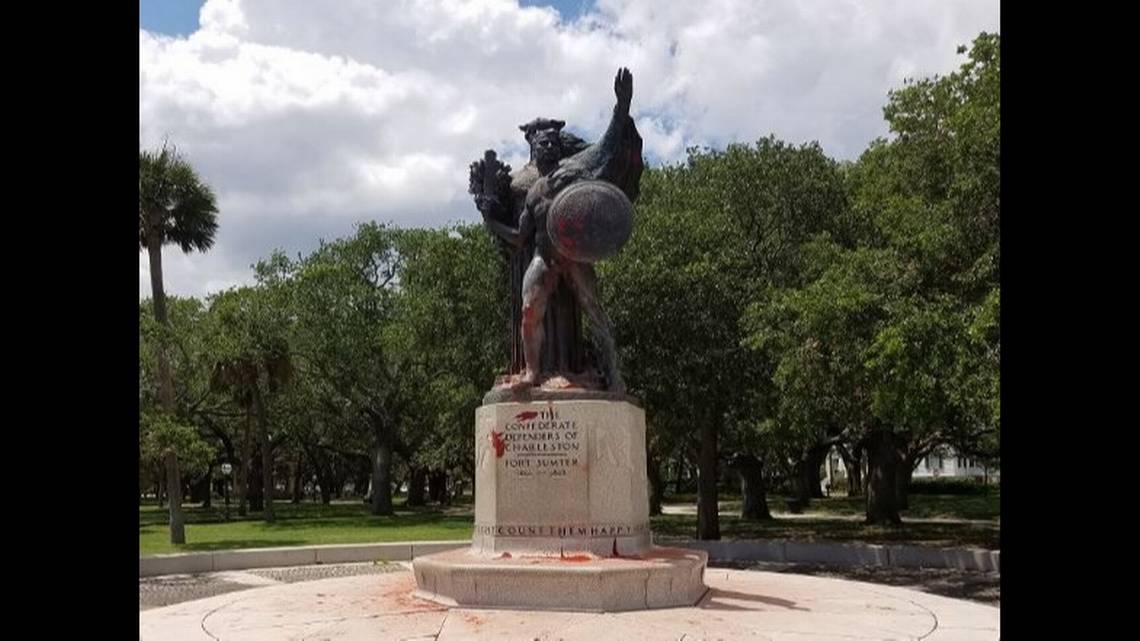 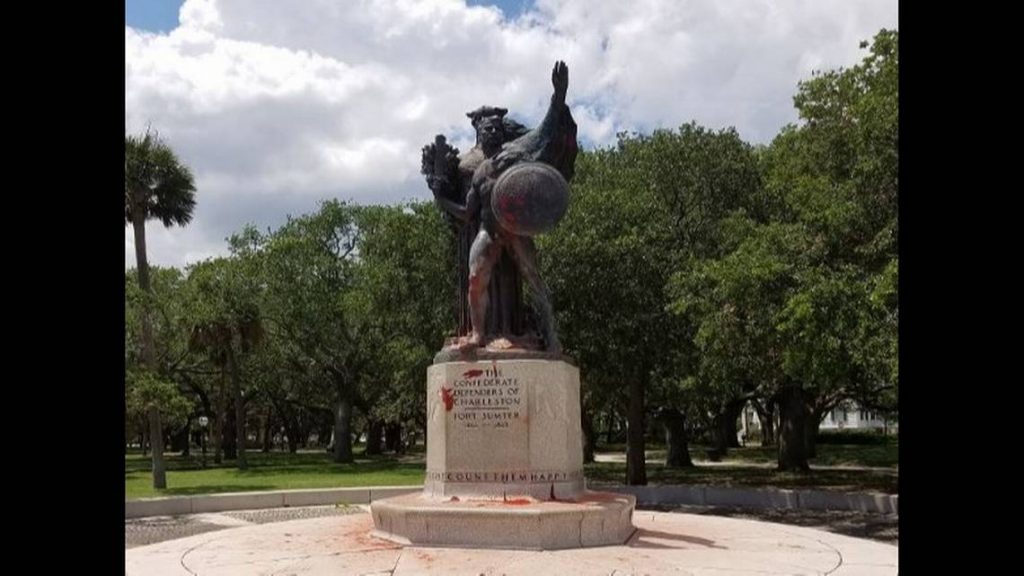 Just after 12:30 p.m., the Confederate Defenders of Charleston monument in White Point Gardens was found covered with “a red paint-like substance,” police said in a news release.

Witnesses gave a description of two suspects to responding officers, who found Charles Dennis Chandler and Kayleigh Nicole Roberts nearby, according to the news release.

Chandler, a 23-year-old Charleston resident, and Roberts, a 29-year-old from Goose Creek, were identified as the suspects who damaged the monument by witnesses, police said.

Chandler and Roberts were arrested and taken to Al Cannon Detention Center, where they were charged with damage to real property, according to the news release.

No bond has been set, jail records show.

Members of the parks department will have to clean the monument, police said in the release.

Information on how much it will cost to repair the statue and base was unavailable.

A Confederate monument in Cornelius was vandalized Sunday, a day after violence between white supremacists and counter-protesters left a woman dead and dozens of people injured in Charlottesville, Va.