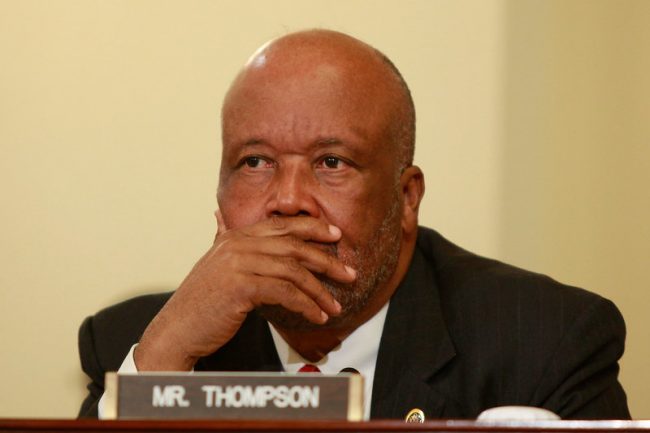 Mississippi voters will be choosing a governor and other statewide offices in November under a unique set of election rules that date to the 19th century. A federal lawsuit by four African-American citizens is challenging the system as racially discriminatory.

The target of the lawsuit is what was called “The Mississippi Plan,” codified in the state’s 1890 Constitution “to take political power out of the hands of African-Americans, and it was extremely effective,” says Paloma Wu, an attorney with the Southern Poverty Law Center’s Mississippi office.

The constitutional convention was called after Reconstruction when African-Americans were winning elected office after the Civil War. The framers explicitly stated, “It is the manifest intention of this Convention to secure to the State of Mississippi ‘white supremacy,’ ” according to the journal of the proceedings.

“It was headlined to keep political power in the hands of white people who were outnumbered by free black people and their descendants,” Wu says.

To that end, they adopted a two-tiered path to win statewide office, like governor or attorney general. Candidates must get both a majority of the popular vote, and win in a majority of Mississippi’s 122 state house districts, (only 42 of which are majority black). Otherwise, the state house of representatives gets to decide who wins.

“Whether it was the poll tax or the Black Code, there were a lot of things put in place [that] down through the years have been declared unconstitutional,” says Thompson. “To our knowledge, this is the last vestige of Southern discrimination in the electoral process.”

African-Americans are about 38% of Mississippi’s population and tend to vote Democratic, while Republicans dominate the political landscape — including control of the legislature. Since Reconstruction in Mississippi — the state with the highest percentage population of African-Americans — there has not been a single black statewide office holder.

Thompson says the election system has been effective in limiting the opportunity for black politicians to seek statewide office.

“Under the present terms, there’s just no way that I could win,” says Thompson. “I could win the popular vote and lose the vote of the Mississippi legislature and it would nullify the will of the people.”

That’s one of the arguments from four African-Americans who are suing in a case backed by the National Democratic Redistricting Committee’s Foundation, the political action committee headed by former U.S. Attorney General Eric Holder.

“When you have a system like this that was conceived as part of a discriminatory plan and it still plays out to make it more difficult for African-American voters to elect candidates of their choice, that’s a violation of the Constitution,” explains Rob McDuff, a civil rights lawyer with the Mississippi Center for Justice who is working on the case.

The lawsuit names as defendants Mississippi House Speaker Philip Gunn and Secretary of State Delbert Hosemann, both Republicans. They declined to comment on the lawsuit, as did Democratic Attorney General Jim Hood, who is running for governor and could be affected by the outcome of the case.

In a court filing, private lawyers representing Gunn and Hosemann wrote: “neither the speaker nor the secretary wish to defend the motivations behind a law allegedly enacted with racial animus.” Though they are seeking to have the case dismissed, arguing in part the timing of the complaint demonstrates it’s about partisan politics, not race.

McDuff, the plaintiff’s attorney, acknowledges the political nature of the lawsuit in an election year, but says that doesn’t change the argument that Mississippi’s system dilutes the power of black voters.

Legislation to change the system has never gained traction.

“I think we’re wasting time if we have that kind of language in our constitution, we need to remove it,” says State Sen. David Jordan, a Democrat from Greenwood, Miss. “I don’t think I should be barred by something that was part of keeping me from reaching my potential based on, simply because my ancestors were slaves.”

Communications Director Nicole Webb said in a statement that the Mississippi Republican Party has no opposition to amending the constitution to remove the contested election requirements, but questions the sincerity of Eric Holder’s interest in the case, calling it a “continuation of national Democrats’ attempts to delegitimize elections they do not win.”

Mississippi’s two-tiered election test from the 1890 constitution has only come into play once – in 1999. Democrat Ronnie Musgrove won the popular vote for governor, but fell short of winning a majority of house districts. He was voted into office by a then-Democratic-controlled House of Representatives.

But heading into this year’s election, Republicans hold about 60 percent of Mississippi’s 122 state house seats. And a tight race is anticipated between Republican Lt. Gov. Tate Reeves and Democratic Attorney General Jim Hood.