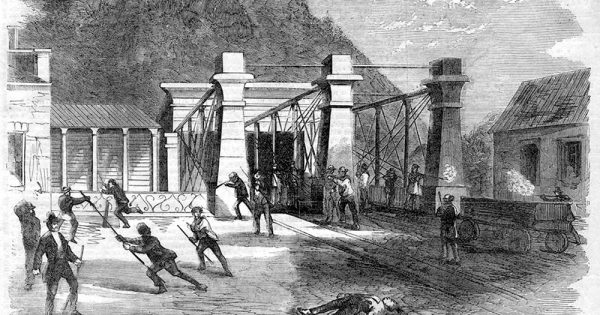 (Caption: Artist’s depiction of a skirmish at Harpers Ferry between local citizens and militia and the raiders. Dangerfield Newby was the first raider to die, killed in a street fight. Harper’s Weekly.)

The Black History Month Historical Marker Contest invites students, teachers, and families to learn more about African Americans who have made important contributions to Virginia history and submit ideas for new historical markers to the Department of Historical Resources.

The following is a list of winners of the new markers:

Virginia has created more than 2,600 markers along Virginia’s roadways, but only 350 markers highlighted African Americans as of January 2020.

Since then, 42 state historical highway markers about African American history have been approved.

The new markers are set to be approved by the Board of Historic Resources for approval at its upcoming meeting on June 17.