Stay Calm and Slow to Anger

Most of us understand the concept of working toward a goal based on the system in place. For example, when I was in college, I’d review the syllabus for each class, see how the professor calculated final grades (did it include performance on homework and quizzes or just tests, and how was each of those weighted?) and then periodically figure out — based on my past performance — what I needed to do to get the grade I wanted.

Let’s take this tack while reviewing the upcoming presidential election. As I wrote a few weeks ago, we elect a president based not on who wins the popular vote but who wins at least 270 of the Electoral College’s 538 electoral votes. In 2016, Donald Trump won the Electoral College 304-227. His Democratic challenger, Hillary Clinton, won the popular vote but lost the election by losing rural areas. 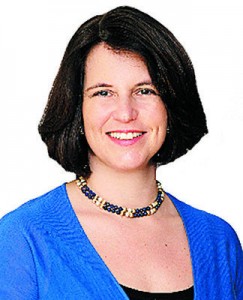 When you hear someone try to undercut Trump by saying, “But he lost the popular vote,” it means the person either doesn’t understand how our system works (this is a call for better civics lessons in school) or simply didn’t like the outcome and, therefore, wants to change the system. Remember all the Democratic anger after Trump won in 2016? It’s possible this anger is clouding people’s judgment.

According to a recent publication by Michael Greenstein and Nancy Franklin in the Experimental Psychology journal, titled “Anger Increases Susceptibility to Misinformation,” the authors found that anger increased “suggestibility for false details,” “misinformation acceptance” and “both confidence in the accuracy of source attributions and decision speed for incorrect judgments.” The takeaway: Allowing anger to cloud your judgment makes you more prone to believing misinformation, more confident that that misinformation is correct and more likely to make that decision faster.

The passing of Supreme Court Justice Ruth Bader Ginsburg has set off another round of anger and indignation among Democrats. Should President Donald Trump nominate a replacement before the election, and should the Senate move quickly to confirm? Many observers and pundits refer back to February 2016, when Justice Antonin Scalia died. When then-President Barack Obama nominated Merrick Garland in March 2016, the Republican-led Senate blocked it.

At the time, many Democrats expressed great anger over the Senate’s refusal to even grant Garland a hearing before the Senate Judiciary Committee. Now the Democrats’ anger is about Trump planning on nominating a replacement.

But the reality is that Trump has not only the right but also the obligation to move quickly and nominate a justice to replace Ginsburg. The Senate has the ability to process the confirmation if the majority (held by the Republicans) has the votes. But the right to do something the Democrats don’t agree with has led some to become angry.

This week, TV personality and CNN anchor Don Lemon, who appeared to be upset, questioned the role of the Electoral College and Trump’s ability to nominate a replacement. “You’re going to have to get rid of the Electoral College,” he told fellow CNN anchor Chris Cuomo, “because the minority in this country get to decide who our judges are and who our president is. Is that fair?”

When someone uses the word “fair,” you should always ask, “Fair to whom?” Everyone knows how the system works. Ask yourself, “Is it being called unfair simply because the outcome is not the one desired by that person?”

If you don’t like the outcome and can’t seem to figure out how to get there based on the current process, what’s the answer? To change the process when your party is in control. “And if Joe Biden wins,” Lemon continued, “Democrats can stack the courts, and they can do that amendment and get it passed.” Lemon, who must have forgotten basic civics, was reminded by Cuomo that such a change would require “two-thirds vote in the Congress and three-quarters of the state legislatures.”

What’s my recommendation to Republicans when confronted with others’ anger? Stay calm and slow to anger. Let them yell, and then respond with confidence and certainty. A sign of maturity is the ability to understand that you are not responsible for someone else’s feelings; we are all responsible for ourselves. And remember, who controls the Senate and White House matters.

Yes, some Democrats may be threatening to burn the system down, but that’s an argument that is best debating while level-headed, because, as we know now, angry people are more likely to believe misinformation; to make bad decisions; and to feel confident they are right, even when they are wrong.