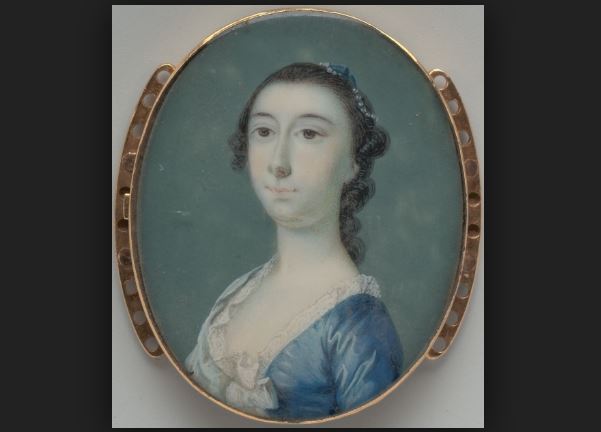 The history of Charleston over the last 150 years, although interesting, is nearly mundane compared to its first two centuries. From roughly 1670-1870, the city was founded, became the North American continental “pearl” of Colonial Great Britain, played a crucial role in the Revolutionary and Civil wars, was besieged twice by invading armies (Red Coat and Yankee), endured all types of pestilence and suffered through fires, numerous hurricanes and ultimately crushing defeat at the end of the Civil War before facing the challenges of Reconstruction. And that’s just scratching the surface.

One of the more interesting tales to emerge from the Revolutionary War is that of Rebecca Brewton Motte, the feisty lady of privileged birth who did her part and then some to help chase the British out of South Carolina. According to a conglomeration of sources — and a story already familiar to many — Mrs. Motte, born in 1737, was the younger sister of Miles Brewton, whose eponymously-named house at 27 King St. is one of the best examples of Colonial residential architecture in the United States.

Miles Brewton, an ardent colonist, was elected to the second Provincial Congress and would report to duty in Philadelphia. He decided to take his wife and three children with him — but they never made it. The ship on which they were sailing went down Aug. 24, 1775, drowning them all. Now all of a sudden his sister, with whom he was very close, was left a large fortune, the town house, and also Brewton’s plantation, known as Mount Joseph, on the Congaree River in St. Matthew’s Parish, Orangeburg District. It was on this site that Rebecca chose to build a second very impressive family house.

The Mottes actively supported the patriotic cause and, as hostilities erupted, Rebecca threw all of her energies and means into the war effort, attending to the needs of both soldiers and civilians. On their third attempt in 1780, the British successfully captured Charles Town and Sir Henry Clinton turned 27 King St. into his personal headquarters and residence. Rebecca was allowed to stay there with her now-ill husband Jacob and supposedly had tucked her three teenage daughters safely away and out of the general staff’s sight in the house’s attic, all the while believing her “guests” were oblivious. Meanwhile, she presided over her residence with aplomb and dignity, never leaving any doubt as to her patriotism.

In the fall of 1780, the Mottes were allowed to leave Charles Town and seek what they thought would be the quieter confines of Mount Joseph. Time may have embellished the details a bit, but the story goes that an adjunct to Gen. Clinton approached Mrs. Motte as she was preparing to leave, kissed her hand, looked up at the ceiling, thanked her for the hospitality and asked that she pass along to her three lovely daughter their kindest regards.

As it turned out, Mount Joseph, situated on a high bluff, overlooked a key British supply route that was suddenly of great importance. The quietude of the place was therefore short-lived, and for a second time the British came knocking on Rebecca’s door, taking over the big house and eventually relocating the family to an overseer’s. Renaming the house Fort Motte, the Red Coats would dig a trench and build a dirt wall to protect the house from Patriot attack.

With American forces now in the area, Rebecca, in May 1781, came into contact with Revolutionary commanders Francis Marion and “Light-Horse” Henry Lee (father of Gen. Robert E.), who decided it would be best to set fire to the main house and burn the British away from the outpost.

“Do not hesitate a moment,” Rebecca said. “I will give you something to facilitate the destruction.”

She handed Gen. Lee a quiver of arrows from the West Indies with combustible tips that could be used to ignite the roof. Fort Motte was thus secured. According to legend, the British surrendered and, with the aid of Francis Marion’s men, helped put out the fire. Mrs. Motte is then supposed to have given a dinner party on the lawn for the officers of both sides.

Marion’s brigade remained in action for 15 months after the capture of Fort Motte as fighting continued, and in December, 1782, the British evacuated Charles Town.

Rebecca Motte has thus gone down in history as a notable civilian facilitator of Revolutionary military affairs. According to a recent story in the St. Matthews newspaper by Luther Wannamaker, University of South Carolina archaeologist Dr. Steve Smith has found an actual arrow at the site of Fort Motte which could be fired from a musket. Nothing personal of Rebecca’s was ever expected to be found, but then Mr. Smith discovered a plantation mistress’ chatelaine (or belt) that would have been used for carrying keys or other items. Could it be Rebecca’s?

Due to these stunning archaeological finds, the legend and history of Rebecca Brewton Motte remains alive, well and increasingly palpable.