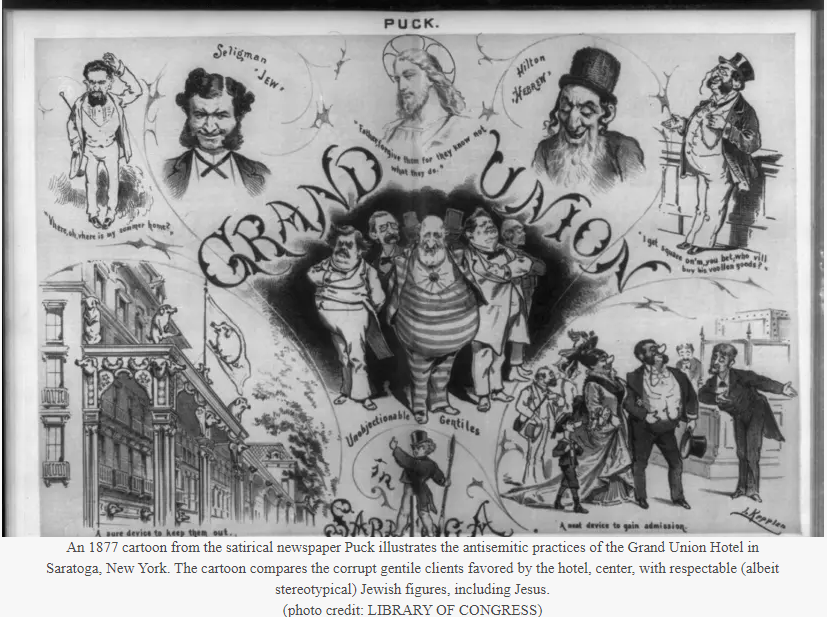 Max Glass, a recent immigrant from Hungary, had an unhappy Civil War.

Tricked out of his enlistment bonus when he joined the Eighth Connecticut Infantry — recent arrivals were soft touches for scam artists — Glass was then “abused for reason [sic] that I never understand” by men in his regiment. “It may have been,” he speculated, “because I did not make them my companions in drinking, or as I am a Jew. If I went in the street or anywhere I was called Jew. Christ Killer & such names. I also had stones, and dirt thrown at me.”

He complained to his commanding officer, begging to be transferred, because “no man that had feeling could stand such treatment,” but to no avail. Finally, Glass fled his regiment, hoping to receive better treatment if he enlisted in the Navy. Instead, he was tried as a deserter and sentenced to hard labor.

Glass was not the only Jewish soldier to be cruelly mistreated when serving in the Union Army. But as the new Shapell Roster of Jewish Service in the Civil War demonstrates, his experience was far from typical.

Edward Solomon rose to the rank of Lieutenant Colonel on the 82nd Illinois Infantry, serving with distinction at Gettysburg. (credit: LIBRARY OF CONGRESS)

The different experiences of Jewish soldiers

For every Max Glass, there was a Louis Gratz. Born in Posen, Prussia, Gratz scraped by as a peddler before the war. Enlisting in April 1861 — just days after the war started — he took to military life. By August he had become an officer. As he proudly wrote to his family,

“I have now become a respected man in a respected position, one filled by very few Jews. I have been sent by my general to enlist new recruits so I am today in Scranton, a city in Pennsylvania only twenty miles from Carbondale, where I had peddled before. Before this no one paid any attention to me here; now I move in the best and richest circles and am treated with utmost consideration by Jews and Christians.”

In contrast to Max Glass, his letters whisper not a word about prejudice. As my new book on the experience of Jewish soldiers in the Union army demonstrates, Gratz’s experience was not unusual.

Max Glass ultimately escaped his sorry start in the army through the intercession of General Benjamin Butler. After reading Glass’ tale of woe, the general pardoned the hapless Hungarian. In doing so, Butler seemingly followed Abraham Lincoln’s lead when confronted by antisemitism within the Union army. The president, after all, had quickly countermanded Ulysses S. Grant’s General Orders Number 11 expelling Jews from the districts under his command, the “most notorious anti-Jewish official order in American history,”

But alas this story does not have a redemptive ending. Beyond the rank and file, Jews felt the sting of prejudice. The damage done in wartime left a legacy of antisemitism that continues to this day.

For even as General Butler was pardoning Max Glass, he was locked in a heated public exchange that reveals how wartime warped attitudes towards Jews. The imbroglio began when Butler took special note of the fact that a small group of smugglers, recently detained by the Union army, were Jewish. When challenged, the combative general refused to apologize. Instead, he countered that deceit and disloyalty were among the defining characteristics of Jews, and that avarice was a particularly Jewish avocation. According to his logic, Jews could never become loyal Americans because they preferred profit to patriotism.

Butler’s corrosive claims reflected a steady drip of acid on the home-front that began in 1861. In the first year of the war, Jews felt the sting of prejudice as the “shoddy” scandals captured the public imagination. Military contractors were publicly accused of fleecing the army by supplying substandard uniforms and gear, even as soldiers shivered in the field for want of decent clothing.

In seeking to explain the profiteering and corruption that attended the rush to war, the press summoned the specter of the venal and disloyal Jew. Cartoonists delighted in identifying Jews as the archetypal cunning contractors, who not only refused to enlist but also actively undermined the war effort. Jews were also imagined as the speculators who profited at the expense of the common good and as smugglers who traded with the enemy. Butler, in other words, was drawing on calumnies that became common currency during wartime.

The contractor, smuggler, speculator and shirker, however, were more than just figures of scorn. Jews and other “shoddy aristocrats” came to be seen as the creators and beneficiaries of the new economic and social order produced by the war. This “shoddy aristocracy” — whose morals and manners marked them as undesirable, whose profits were ill gained, and whose power derived from money alone — was imagined to lord it over a new and unjust social heap summoned into being by the chaos and disruption of war.

Even as the heated rhetoric of the war years receded after 1865, these ideas remained primed for action. They were returned to service in the Gilded Age.

It was no coincidence that the episode traditionally identified as initiating modern antisemitism in America — the exclusion of Joseph Seligman by Henry Hilton from the Grand Union Hotel in Saratoga Springs on May 31, 1877 — had at its center a man who had made a fortune as a contractor and banker during the Civil War. Seligman, a friend of President Grant, was viewed as an exemplar of the new capitalism that was remaking America.

Henry Hilton slandered Seligman as “shoddy—false—squeezing—unmanly,” a social climber who “has to push himself upon the polite.” Hilton drew upon themes familiar from wartime antisemitism: the Jew as speculator who trafficked in credit and debt; the Jew as obsequious ingratiator who attached himself to the powerful; the Jew as profiteer who advanced by improper means; the Jew as vulgarian who flaunted his (and her) obscene wealth and did not know his (or her) place; and the Jew as overlord whose money allowed him (or her) to displace others. In short, the “Seligman Jew” was the “shoddy aristocrat” by another name.

In an age of inequality and excess, the antisemite imagined the Jew as embodying all that was wrong with American capitalism. And during an age of mass immigration from Romania and the Russian Empire, they soon added another theme familiar from General Butler’s wartime diatribe: The Jew could not be trusted to become fully American.

Sadly, even as Louis Gratz, Max Glass and many other Jewish soldiers became American by serving in the Union army, the Civil War produced a range of pernicious ideas about Jews that have proven remarkably durable. We have escaped the everyday torments that afflicted Max Glass, but are still haunted in the present by the fantasies of Benjamin Butler and Henry Hilton.

The views and opinions expressed in this article are those of the author alone.