The Chaos of the Civil War

The Civil War was the bloodiest conflict in American history and those who lived through it were beset by what historian Bruce Catton described as an “air of outright melodrama.”

The war certainly took on apocalyptic dimensions for many Americans. For others, it was a reckoning. The secession of the slave states and the outbreak of war in 1861 would escalate into an event which, to this day, is hard to wrap the mind around.

More than 700,000 people died. Millions of black slaves would be freed with the vanquishing of the Confederacy. There’s a strong argument that the Civil War was America’s second revolution.

I wish I knew more about the Civil War, which forever shaped the contours of my country’s society and politics. What I encountered in Catton’s Mr. Lincoln’s Army, now available as an ebook through Open Road Media, is astonishing. 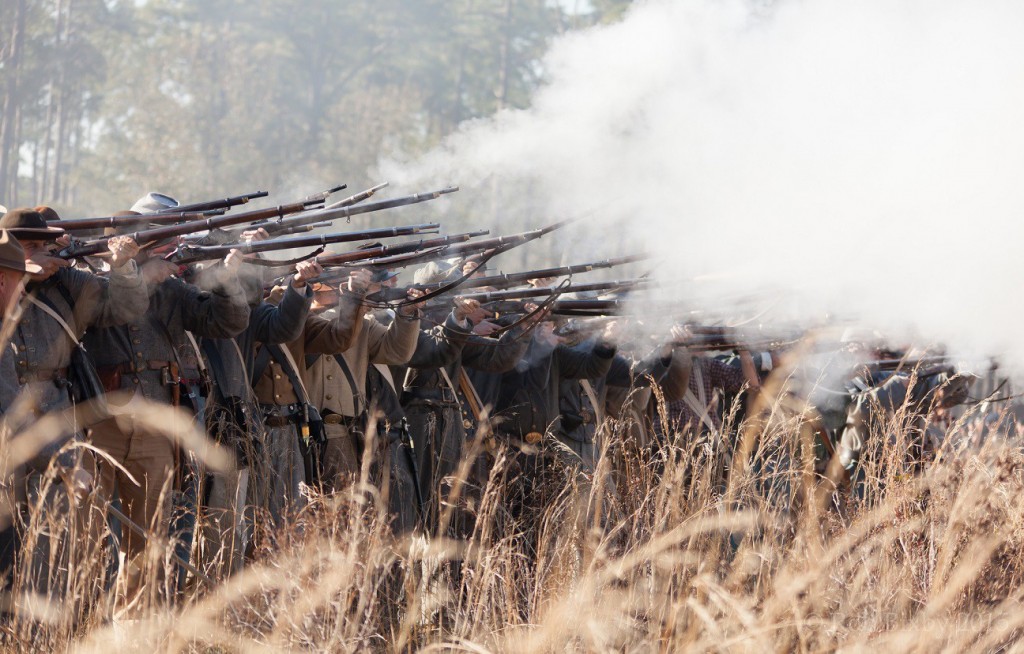 “The least inhibited theatrical director nowadays would throw out large parts of the script on the simple ground that it was too wild to be credible,” he writes.

Most interesting are Catton’s descriptions of battles, which were far more chaotic — even similar to World War I — than the orderly, popular depictions in paintings, illustrations and movies which most Americans have as their primary reference points to the Civil War.

Mr. Lincoln’s Army was a landmark work when it came out in 1951. Catton is among a handful of Civil War historians, Charles Royster and James McPherson among others, who rank as the best. His works still rank in lists of the top books on the Civil War decades after they were first published.

The U.S. Civil War was a conflict between Americans but also one that wasn’t simply left for the generals to largely handle on their own. It was a war in which political considerations and domestic political pressure influenced the conduct of the war to a degree unheard of in prior conflicts.

But Mr. Lincoln’s Army is not a dry, political story. It’s a book about Gen. George McClellen’s attempts to transform the Army of the Potomac into a credible fighting force — and the conflicts with politicians grown agitated at his reluctance to send soldiers into battle.

The heart of the story, however, rests with the soldiers and the reality of serving in the U.S. Army during a time of war in the 1860s.

It’s hard to understate how different the United States was at the outbreak of the Civil War. There is a cliche that America was not a nation until after Appomattox. The population was too dispersed and regionalized to share a common national identity.

Few Americans traveled far from their homes, and a Hoosier from Indiana would find Maryland a “foreign land,” Catton writes. “Styles of architecture and methods of farming were different … and even the language seemed strange.”

Culture and place matters. It’s one thing to read about frontal assaults and flanking maneuvers, another to get a sense of who was leading them and serving — how the soldiers trained, what they ate and what their routines were actually like.

America was a country of immigrants without a shared national identity. In addition to regionalism, ethnic and immigrant identity was reflected in the military to such a degree that a modern-day critic of “social experiments” in the army would have a panic attack.

Take the Irish Brigade — “63rd, 69th, and 88th New York, Irish to a man, carrying regimental flags of pure emerald green embroidered in gold with an Irish harp, a shamrock, and a sunburst.”

Their commander, Brig. Gen. Thomas Meagher was an Irish revolutionary leader who rebelled against England in 1848, was captured and dumped in Australia. Arriving in America, he saw the Union as a land of freedom.

Now imagine an all-Syrian battalion in the modern-day U.S. Army, complete with an ex-Free Syrian Army commander leading it. That’s not far removed from the kind of Army the United States sent into battle in 1861.

The cultural differences were also political. Abolitionist New Englanders in particular were appalled at slavery when witnessing it first-hand during their deployments in Maryland, a slave state which stayed in the Union.

“The 21st Massachusetts found that the thrift and neatness of New England farms were not visible here, and the colored field hands seemed shockingly ragged, ignorant, and shiftless,” Catton writes. “To this abolitionist regiment, slavery seen at first hand was abhorrent.”

“In general, the Western troops were less disturbed than the New Englanders. To the Westerners, this war was being fought to restore the Union; to the New Englanders, the abolition of human slavery was mixed up in it too, and freedom was an all-embracing idea that included black men as well as white. Sentiment back home was strongly abolitionist, and it was felt in camp.”

When Mr. Lincoln’s Army was first published, picturesque accounts of Civil War battles were predominant — particularly images of well-ordered ranks of men marching toward each other like automatons.

Yet friendly fire occurred with tragic effect. During the early skirmishes between the Army of the Potomac and Confederate forces outside Washington, D.C., Union artillery shelled a civilian funeral procession from a distance, mistaking them for enemy troops.

At Bull Run, a Massachusetts regiment began firing while still in column formation, leading to soldiers shooting down their own line. “Naturally, men in the leading ranks were killed and wounded by the fire of their own inexpert comrades in the rear.”

The reality of Civil War combat was confusing and disorderly. Technological advancements such as rifled muskets extended the killing power and lethality of the standard infantry combat weapon, annihilating units of soldiers standing shoulder to shoulder.

“Neat, formal battle lines didn’t seem to make their appearance in actual combat,” Catton writes in Mr. Lincoln’s Army. “Instead everybody got behind a tree or a stump or a boulder if he could possibly manage it.”

The armies had begun to adjust themselves to the new state of affairs. The skirmish line — which originally had been merely a thin cordon of scouts going ahead to make sure the enemy didn’t have any unpleasant surprises concealed in advance of his main line — was being built up, bit by bit, into an attacking line. An assault on a hostile position was ceasing to imply a steady, unbroken advance by men whose one aim was to reach a hand-to-hand encounter; the old lithographs of Civil War battles, drawn by men who weren’t present, have left a false impression.

Attacking soldiers would shoot while “hiding behind any obstruction the ground afforded.” While those soldiers blazed away, their comrades would advance in smaller formations. This was a radical shift from the enormous battle lines of the Napoleonic wars.

By the 1860s these older tactics were “utterly useless; murderous enough to satisfy the most bloodthirsty, but almost as out of date as it would be today.”

A battle line which was getting the worst of it often gave way almost imperceptibly, the men firing and then stepping back a couple of paces while they reloaded, the attackers moving forward in the same manner. While this happened the line that was being beaten would leak men to the rear, as individual soldiers here and there decided they had had enough and turned to run.

Small inequalities in the ground — an outcropping of rock, a sunken road, an old fence whose rails could be pulled loose and piled along the ground to provide protection — were apt to become of decisive importance.

The book is highly recommended. Read it.