The Campaign Is At A Knife’s Edge

The presidential campaign is at knife’s edge. Both parties’ campaigns assume that patterns of support will closely resemble those in 2016. And both are making surprisingly little effort, considering how close that contest turned out to be, with the 46 crucial electoral votes decided by just 77,744 votes, to increase their levels of support.

The past three years and 10 months have seen little outreach by President Donald Trump to most of those who didn’t vote for him in 2016, particularly to the college-graduate suburbanites who tipped the House to Democrats in 2018. He seems unwilling or unable to squelch the undisciplined tweets and ad libs that repel such voters, and he seems nonplussed by the prospect of losing the national popular vote again.

Trump has made appeals to non-college-graduate blacks and Hispanics, and polls show some moving toward him, as non-college-graduate whites did four years ago, and probably for similar reasons. But he’s essentially banking on replicating his 2016 inside straight, when he carried the 75 electoral votes of Florida by no more than 1.2% and carried Pennsylvania, Michigan and Wisconsin by no more than 1%. 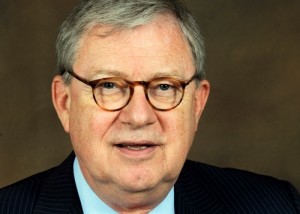 The bad news for Trump is that he is trailing Joe Biden in polls in all four states, and in other states he carried in 2016 as well. The bad news for Democrats is that the RealClearPolitics polling average shows a narrowing of Biden leads since their high points last summer.

Target state Biden leads may be narrowing even more than his national poll lead, leaving their numbers not far out of line with polls at this point in 2016. Analyst Nate Silver pegs Trump’s current chance of winning at 25%, about the same as his 29% pre-election estimate in 2016.

Why hasn’t Biden done better? He’s not weighed down by negatives like Hillary Clinton, who was regarded as honest and trustworthy by only one-third of voters. As the nominee of the non-incumbent party, he has wide leeway to stake out positions and set priorities with a view to maximize his vote.

But he doesn’t seem to be trying to do so. Just as Trump is looking for something like a carbon copy of his 2016 narrow victory, Biden’s campaign, like Hillary Clinton’s, has moved to the left of the Obama and Bill Clinton administrations.

What he’s unwilling to say has been significant as well. Just as broadcast networks and CNN have portrayed Black Lives Matter demonstrations as “mostly peaceful,” even when fires rage in the background, Biden and other Democrats made no mention whatever, much less a denunciation, of violent rioting at their virtual national convention last month. That even though, as an academic study revealed, there have been some 570 violent riots in 220 cities and towns since late May.

After the Republicans’ virtual convention and after polling showed public concern, Biden suddenly broke his silence on rioting, blaming right-wing extremists but not the more numerous antifa terrorists. Of course, no reporter, in the brief period the Biden campaign has allowed the candidate to be questioned, has brought up the subject.

The likelihood is that Biden can ride out the campaign while maintaining near or total silence on this and other issues, and in the primaries, he showed the capacity to hold his own in debates. But that strategy is risky, since Biden, like Trump, is capable of self-harm, and it’s obvious that many Democrats are nervous.

One reason is that Democratic voters are much more risk-averse than Republicans, and hence, more likely to say they’ll vote absentee or by mail. That’s risky in states that aren’t used to tabulating such ballots and where voters aren’t used to following absentee ballot instructions.

This raises the possibility that election night returns will show Trump far ahead in target states, with his lead being nibbled down as mail ballots are tabulated. The possibilities for fraud, misinformation, lawsuits and delay are manifold. Democrats have taken to predicting that, if defeated, Trump will not leave office, just as the leftist Sally Kohn predicted four years ago that “if Trump wins, Hillary supporters will be sad. If Hillary wins, Trump supporters will be angry.”

That turned out to be a case of projection: Democrats have been angry about Trump winning and trying furiously to expel him from office ever since. We’re at knife’s edge for the eight weeks until Election Day, and maybe for weeks after that.

Michael Barone is a senior political analyst for the Washington Examiner, resident fellow at the American Enterprise Institute and longtime co-author of The Almanac of American Politics.