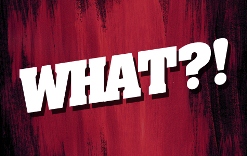 What if actor Clint Eastwood gave an interview in which he explained why, in the 2008 presidential election,     he voted for John McCain: “I voted for McCain because he was white. ‘Cuz that’s why other folks vote for other people — because they look like them. … That’s American politics, pure and simple.”

No, Eastwood did not say that. But actor Samuel L. Jackson did, in explaining why he voted for President Barack Obama — “because he was black.” Jackson also said his vote had nothing to do with Obama’s agenda: “(Obama’s) message didn’t mean (bleep) to me.” If Eastwood had said stuff like this, a cry to boycott his films would come from everybody from the NAACP to Mahmoud Ahmadinejad.

But the popular Jackson, who played in more films during the ’90s than any other actor, makes an incredibly racist statement and it’s … yawn.

How does Jackson explain Obama’s election in a country where people vote their race? Simple, you see. Obama isn’t really a black man — at least as defined by Jackson: “When it comes down to it, they wouldn’t have elected a (n-word). … A (n-word) is scary. Obama ain’t scary at all. (N-words) don’t have beers at the White House. (N-words) don’t let some white dude, while you in the middle of a speech, call (him) a liar. A (n-word) would have stopped the meeting right there and said, ‘Who the (bleep) said that?'” White voters, according to Jackson, voted for Obama because they found him un-black or semi-black or quasi-black.

Obama did, in fact, lose the white vote — as has every white Democrat presidential candidate since 1964. But Obama outperformed Democrat John Kerry, who ran in 2004, pulling in 43 percent of the white vote to Kerry’s 41 percent.

Polls repeatedly show that only a small percentage of Americans refuse for vote for a black person. A 2006 Times/Bloomberg poll found that 3 percent of voters would not vote for an otherwise qualified black candidate. But 4 percent wouldn’t vote for a woman, and 14 percent ruled out voting for a Mormon.

What if people chose movies the Jackson way? What if blacks only saw movies about or starring other blacks? What if sports fans only saw players or teams that consisted solely of athletes who looked like them?

Back in 1980, an advertising magnate named Ted Stepien purchased the abysmal Cleveland Cavaliers basketball team. Stepien thought he had a formula for success. White fans, he said, like to watch white players. Because the Cavaliers’ stadium was then located between Cleveland and Akron, a demographical area that is predominately white, Stepien felt fans would come if the players looked like them.

Stepien employed the Samuel L. Jackson formula. He stacked the team with white players for the white fans. Stepien made a series of bad player trades that hurt the team’s competitiveness for years. The team played even worse than before. Embarrassingly, the league eventually instituted the “Stepien rule,” forbidding any team from trading its first-round pick in consecutive years. The team also drew even fewer fans. White fans, Stepien learned, did not enjoy watching white players lose anymore than watching black ones lose.

Confused? According to the chair of the Congressional Black Caucus, Emanuel Cleaver, D-Mo., a black president is a problem — for black people: “A white president, frankly, could be pushed a great deal more than we would push President Obama because nobody would accuse him or her of having partiality toward African-Americans. So it’s a tough spot. It also means we still have a long way to go in terms of race relations in this country, and the President has, I think, moved through these troubled waters about as well as any African-American could, becoming the first black president.”

Cleaver says black lawmakers make fewer demands of the Obama administration than they would have under a McCain presidency. To follow Cleaver’s logic, blacks should have voted for McCain because he would not be labeled as preferring blacks — unlike the way a black president would be so labeled.

To sum up, Rep. Cleaver tell us that he expects a black president to do less for blacks than would a white president. And actor Jackson tells us that he votes for blacks just because they are black. This might explain why moviegoers stayed away Jackson’s recent movie, “Snakes on a Plane.”

Why, how could people decide whether to see the film — without knowing the race of the snakes?

Larry Elder is a best-selling author and radio talk-show host. To find out more about Larry Elder, or become an “Elderado,” visit www.LarryElder.com. To read features by other Creators Syndicate writers and cartoonists, visit the Creators Syndicate Web page at www.creators.com.