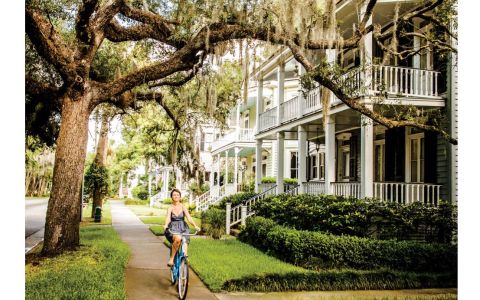 Sure, there are great small towns in other parts of the country, but in terms of history, character, scenic beauty, and local color (i.e., quirky but in a good way), the South is tough to beat. Small Southern towns make great getaways because they’re manageable, just by virtue of their size. They also tend to be pedestrian friendly because they date back to a time when sidewalks and front porches made it easy for us to talk to each other, and there was no such thing as “big box” because everybody shopped local. We ate local, too—and these towns still do. You’ll find unique shops and restaurants that give you the true local flavor of each place. And there’s no end to the diversity represented here. This year’s best small towns run the gamut from mountain hamlets to coastal villages, all loaded with personality and charm. Put them on your must-see list because they’re worth it.