The Tragedy and Exploitation of Charlottesville 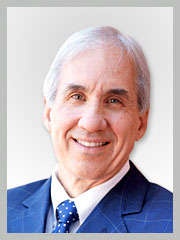 The inexhaustible left is perpetually lying in wait to entrap President Donald Trump in some impeachable offense. Sadly, some vocal Trump critics on the right seem just as eager to purge America of Trump.

They hate him and hate that he won, and their impeachment lust will not be satiated until he’s gone.

The Trump haters on the right are one thing. But don’t be deceived into believing that the anti-Trump angst factories on the left are only about Trump. To be sure, these leftists hate Trump with a white-hot passion, but their primary goal is to thwart, suppress and ultimately silence political conservatism. It is to reinvigorate Barack Obama’s failed progressive agenda by any means necessary.

If Trump weren’t president, the left’s monomaniacal zeal to obliterate all things conservative would be unabated. Though Trump often makes their job easier, they would savage any Republican president, including the venerable Vice President Mike Pence, should he later ascend to the office. They’d maul Pence for his unapologetically Christian and social conservative views and paint him as an unmitigated bigot.

No matter what you think of the Charlottesville tragedy, in a limited but significant sense, it has become leftists’ new Russia — for as long as they can get mileage out of it. It is liberals’ latest best chance to discredit Trump and his agenda and run him out of town on a humiliating impeachment rail — and into the hoosegow to boot, if possible.

How ironic that these rule of law-defying opportunists are champing at the bit to impeach Trump in the name of the rule of law. They couldn’t care less about whether he’s committed any impeachable offenses under the Constitution. For them, his impeachability inheres in his political views. It predates his inauguration — and persists. Right-wingers, whether conservative ideologues or not, are intrinsically bigoted. Trump’s alleged boorishness, his lack of filter and, most of all, his tweets are just icing on the cake. Leftists shouldn’t have to tolerate occupancy of the Oval Office by a man so repugnant to them. So, the will of the people and the electoral process be damned, Trump must go. They will not rest until something they throw against the wall sticks.

With Collusiongate having failed them so far, they believe they’ve finally hit pay dirt with Charlottesville. When you cut through all the clutter and noise, it seems that Trump’s main sin was saying that both sides were at fault and that there were good people on both sides of the protest.

If I thought that by this Trump meant that there are good people among neo-Nazis and white supremacists, I would join in the strong criticism. And I admit he could have been more artful. If you are predisposed to believe that Trump is a racist, you’ll probably find something in his statement to support your predisposition.

But I don’t believe for a second that Trump is a racist or that he approves of white supremacy, neo-Nazism, anti-Semitism or any other form of racism or bigotry. I think that what he meant was that there are good people among those defending the monuments. And it appears that most Americans agree with that, despite the media’s conscious effort to suggest otherwise. Recent polls show that some 62 percent of Americans support preserving the monuments as historic symbols, and 67 percent of Republicans approve of Trump’s statement on Charlottesville. Do any of you really want to claim that 62 percent of Americans or 67 percent of Republicans are bigots?

I don’t think I’m exaggerating when I say many leftists do indeed believe that. Indeed, isn’t that really at the heart of this flap? Aren’t Trump’s critics implying, in the end, that he’s a racist — or at the very least that his statement was a dog whistle to white supremacists because he believes they are an important part of his base? Are they implying that those who continue to support him are also stained by bigotry?

I don’t believe that more than the slightest fraction of a percentage of Trump supporters are neo-Nazis or white supremacists just because some of these Neanderthals choose to praise or champion Trump. I further reject that neo-Nazis, fascists and white supremacists are politically conservative, but the left’s historical revisionism enables it to smear the entire right wing with this bilious claim.

Some leftists have suggested that Trump was trying to create moral equivalence between the extremists on the left and the neo-Nazis, indignantly describing the leftist protesters as innocuous, noble opponents of slavery and bigotry who have no other agenda than to register their dissent against these white supremacists.

Please don’t accuse me of deflecting or defending the abhorrent white supremacists for this, but I am not going to sit idly by while this kind of wretched propaganda is disseminated. These misnamed leftist antifa are anti-fascist in name only and are anything but innocent. They are community organizers, often bused in from afar and funded by leftist Alinskyites to create havoc, chaos and political, social and racial unrest throughout the nation. They are up to no good, and though I won’t fall into the trap of attempting to compare the relative evils of these various groups and thereby be painted as being soft on racism, I will not be intimidated into silence about them.

Wouldn’t it be glorious if the media devoted just one-third of the time they spend trashing Trump to covering his policy agenda — albeit as unfair as that reportage would be? America is still stinging from the Obama years and before, and we all need to focus less on hate and angst and more on true reforms that could benefit the American people.

The violence and murder in Charlottesville are indefensible, abhorrent and gut-wrenching, and I pray that we can cut through shameless efforts at political exploitation and learn constructive lessons from this.

David Limbaugh is a writer, author and attorney. His latest book is “The True Jesus: Uncovering the Divinity of Christ in the Gospels.” Follow him on Twitter @davidlimbaugh and his website at www.davidlimbaugh.com. To read features by other Creators Syndicate writers and cartoonists, visit the Creators Syndicate webpage at www.creators.com.