Three Southern Sausages to Spice Up Your Life 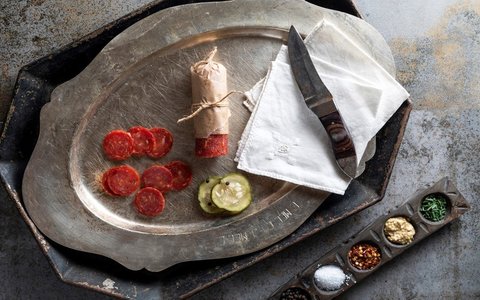 We’re big fans of sausage. On its own as the centerpiece of a meal. Sliced or diced into a stew, casserole or stir fry. The star of homemade pizza. It’s all good. 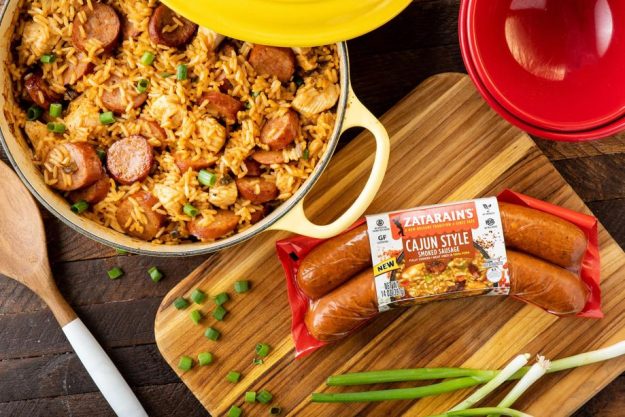 Pre-cooked smoked sausage is one of our pantry staples (we think of the pantry as including what’s in the refrigerator and freezer, too). Slice the sausage into a skillet of potatoes and it makes delicious hash browns. Cube it and add to pasta sauce in lieu of ground meat. Put it on the grill whole and serve with other grilled vegetables. We love that it’s already seasoned and requires nothing more than warming to dress up an easy meal. Zatarain’s, our favorite New Orleans-based company, makes two varieties of smoked sausage – Cajun and andouille. We like both, but the Cajun has our vote this month. Andouille is traditional for jambalaya, but we really like it made with the Cajun sausage, and one day when we are all giving dinner parties again, we’re going to try Zatarain’s idea for a jambalaya bar, where you offer both sausages as well as all the traditional vegetables and maybe even some shrimp and your guests can personalize their dinner.

$3.99 per 14-ounce package, $7.58 per 36-ounce package. The sausage will available at Kroger and Walmart when grocery life returns to normal. In the meantime, find the andouille in the 36-ounce package at Sam’s Club. https://www.mccormick.com/zatarains 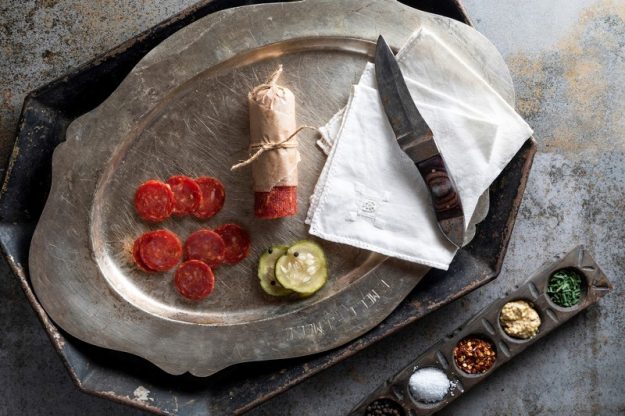 Who doesn’t love pepperoni on their homemade pizza? We’ve been making a lot of pizza at home this month. At our house, pizza is enjoyed hot out of the oven for dinner and as a not-so-guilty pleasure when served up cold for breakfast. We were glad to find a regional pepperoni we could indulge in while supporting a small business. It’s pepperoni made from pasture-raised pigs from Jamie and Amy Ager of Hickory Nut Gap Meats in Fairview, North Carolina. They make their pepperoni from pastured pork and it’s now a favorite. The pepperoni is spicy with what we think is a black pepper finish, but not so spicy that kids didn’t like it, too. And we appreciated that it didn’t have that off-putting bright red color of other pepperonis we’ve seen. We even sliced some into a lunch time salad with Swiss cheese, carrot slices and chopped pecans. Pepperoni. It’s not just for pizza anymore. 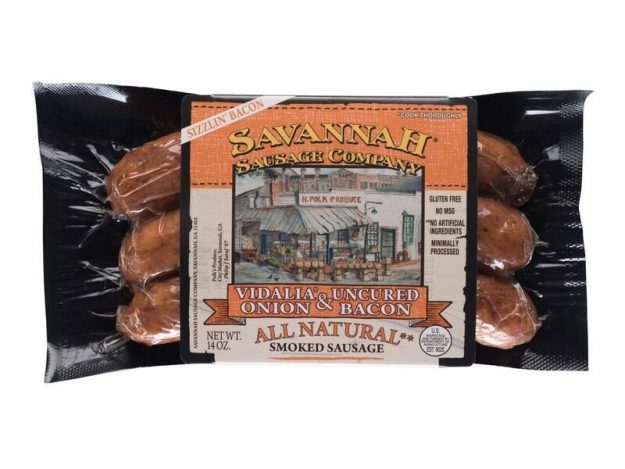 Savannah native David Solana is a third generation sausage maker and the head of Savannah Sausage Company (yes, based in Savannah, Georgia). The company makes three varieties of smoked sausage that are cured with celery, cherries and sea salt and no preservatives. There’s the original recipe with black pepper and sage, andouille with its trademark heat and our favorite, the Vidalia onion and uncured bacon sausage. It’s like all your favorite flavors wrapped up in a tasty package. We like ours grilled and served with grilled onions and peppers (yes, we like onions) but one of these mornings we’re going to try the website’s recipe for cinnamon roll breakfast sausage dogs. After all, bacon. Right?

$4.69 per 14-ounce package. All varieties are available at Publix. Kroger carries the original and andouille. http://savannahsausage.com/.