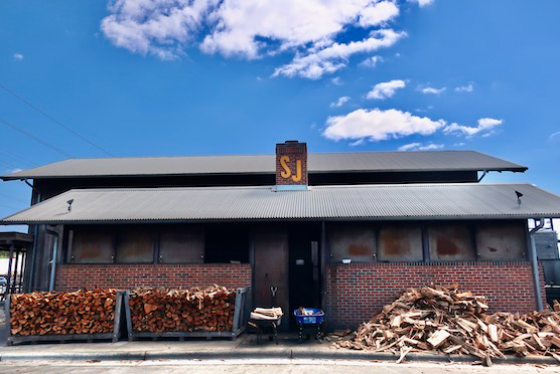 As the old saying goes, more often than not, a person’s favorite barbecue is what he or she was raised on. Here at Barbecue Bros, it should be no secret that we are Lexington-style barbecue fans (sometimes known as Piedmont- or Western-style barbecue) through and through. This shouldn’t be surprising since each of my three co-founders and I were raised in High Point, NC, just under 20 miles up I-85 from the (often disputed) Barbecue Capital of NC in Lexington.

However, despite the two warring styles of barbecue in the state, I have never harbored any ill-will toward my whole hog compatriots to the east. While I’ve spent many a tank of gas exploring all the Lexington-style joints in the western Piedmont of NC, I’ve bemoaned for years the fact that I just simply haven’t had a ton of reasons to spend much time in the eastern part of the state where whole hog and a vinegar pepper sauce reign supreme.

Thankfully, earlier this year, I finally had a reason to be in Pitt County — home to Greenville, Winterville, and Ayden — in eastern North Carolina for a couple of days. While my free time was somewhat limited due to the eldest Monkette’s gymnastics exploits, I hoped to make the most of being in the heart of whole hog country. 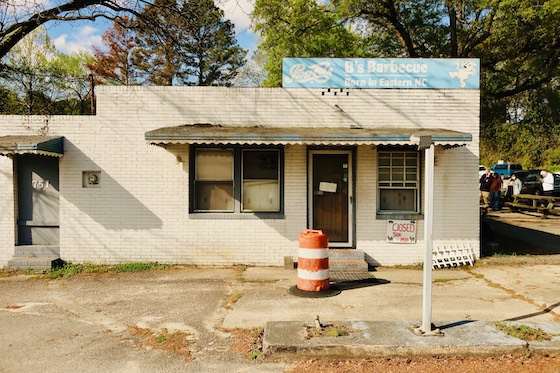 B’s Barbecue may not be much to look at but the food is great. (Photo by Monk / Barbecue Bros)

B’s Barbecue – Greenville
Open Wednesdays through Saturdays from 9 a.m. until sold out (or 2:30 p.m., whichever comes first) and without any indoor dining, you will almost certainly wait in a line at B’s Barbecue. Particularly if East Carolina University (ECU) has a home football game. But this is no central Texas-style line; it moves fairly quickly and efficiently. Arriving right at 9, I was 11th or so in line and got my food within 40 minutes. Part of that is because B’s has a pretty limited menu: barbecue, chicken, bread (corn sticks), and sides of slaw, potatoes, or green beans. So really, you should know your order by the time you get up there.

The chopped whole hog pork was really flavorful if not overly smoky due to primarily being cooked over charcoal briquettes. It was also leaner than the other whole hog I’d have later that weekend. Regardless, this barbecue fully lived up to my lofty expectations. 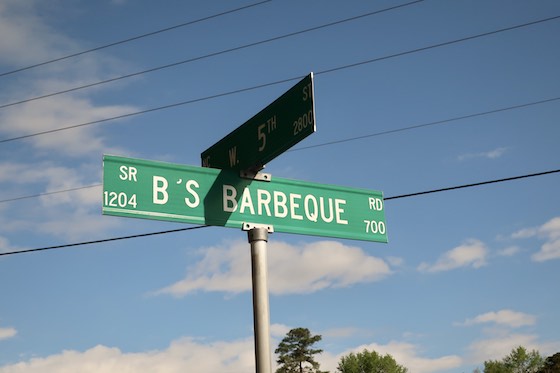 B’s Barbecue has its own road sign. (Photo by Monk / Barbecue Bros)

The corn sticks at B’s (called “bread” on the menu board) were the first corn sticks I’ve personally had and were my favorite cornmeal of my trip. They were so good that I bought an extra dozen and took them home to the family. The eastern-style slaw was about what I’d expect, but I did enjoy the potatoes, a simple side that’s not really found in the Piedmont.

The three sisters at B’s have made it clear that they won’t be running it forever, so be sure to get there sooner rather than later for some otherworldly whole hog. 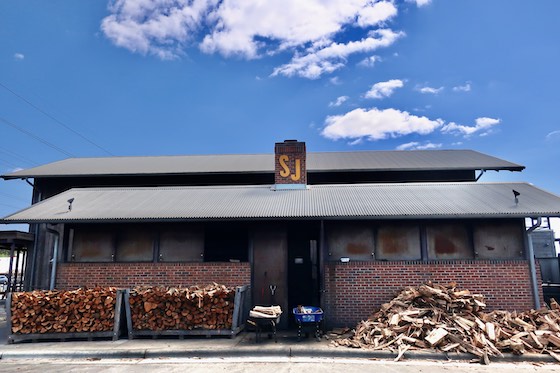 Sam Jones BBQ in Winterville is one of the only places to eat BBQ on Sunday in the area. (Photo by Monk / Barbecue Bros)

Sam Jones BBQ — Winterville
In Pitt County, there seem only to be a couple of barbecue options on Sundays. B’s Barbecue, Skylight Inn, and Bum’s Restaurant are all closed to give those family-run operations a day of rest (though, of course, the prep for the next week surely begins). Parker’s Barbecue has a few Greenville-area locations and is open 10-8:30 seven days a week, but it is a gas-cooked barbecue that may actually be better known for its fried chicken. For true ‘cue, wood-smoked barbecue, your main option on Sundays is Sam Jones BBQ in Winterville, between Ayden and Greenville.

Compared with the barbecue at Skylight Inn, although Sam Jones BBQ’s whole hog was very good, it somewhat paled in comparison. The chop was coarser than I prefer, the cracklins mixed into the barbecue weren’t quite as crisp, and the barbecue portion was a little lacking. Still, it was very good barbecue and better than 90% of other barbecue joints in the state. 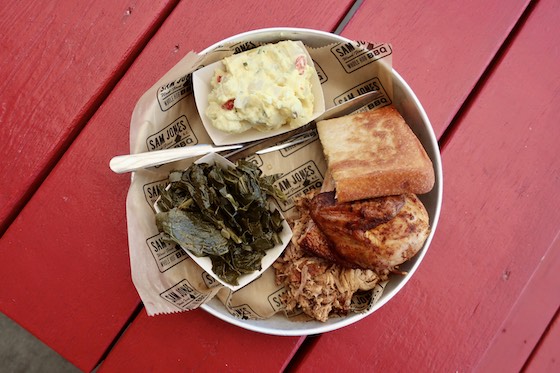 I also finally tried the pit chicken that seems to be the second barbecue item at each restaurant in Pitt County, and while it didn’t blow me away, the leaner poultry was a nice change of pace.

While there are clearly a couple of better options for barbecue nearby (which in this case means truly transcendent barbecue), I would happily eat at a Sam Jones BBQ were it in my hometown. Speaking of which: any plans to open a store in Charlotte, Sam 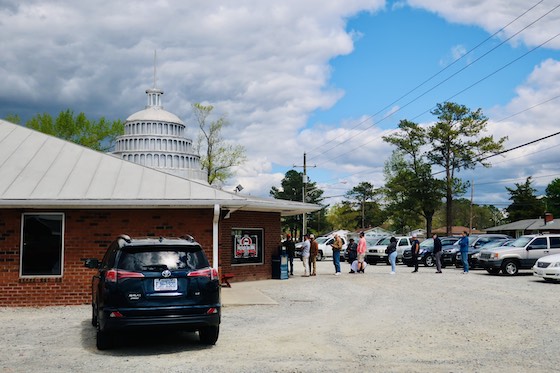 Many folks make the BBQ pilgrimage to Skylight Inn in Ayden throughout the year. (Photo by Monk / Barbecue Bros)

Skylight Inn — Ayden
Finally, the real barbecue reason to make the trip to Pitt County. Truth be told, despite my excitement over finally trying B’s Barbecue, the main event of the trip was finally making it to Skylight Inn. This Jones family restaurant has been open since 1947 and is truly one of the cathedrals of NC barbecue, regardless of style. 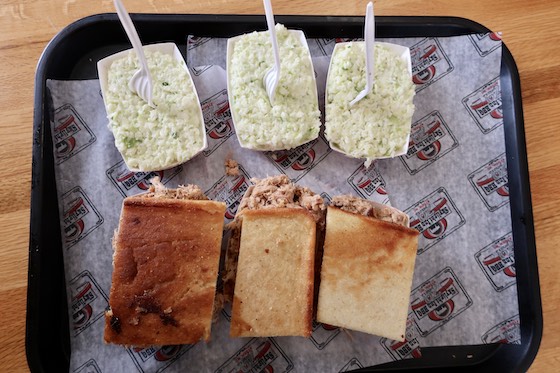 Thousands of people make the pilgrimage to Skylight Inn every day, and something about the whole hog eaten within the walls of Skylight Inn just tasted better than the Sam Jones barbecue I’ve been fortunate to have tasted at events in Charlotte or his two restaurants. Perhaps it was the thrill of finally being in this hallowed building with the sounds of hog being chopped on a wood block right behind the registers, but the cracklins seemed crispier, and the pork seemed fresher. It was truly life-changing whole hog. Not too much more that I can say.

Conclusion
Did I come away from my whole hog experience in Eastern NC forsaking my beloved Lexington-style barbecue in favor of the original style of barbecue in the United States? No, of course not. But while I did already have an awareness and respect for the other style of the Old North State’s barbecue, I came away from this trip with a whole new appreciation and a newfound mission to get back as soon as reasonable to try the other legendary whole hog places I have yet to make it to.