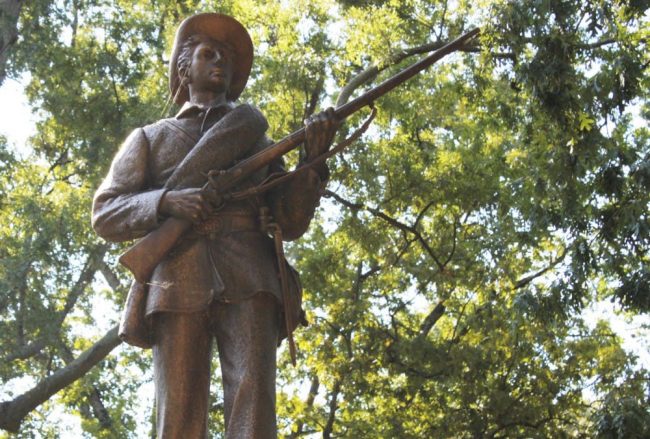 UNC faculty has expressed opposition to the University’s $2.5 million settlement which gave the Sons of Confederate Veterans $2.5 million and Silent Sam.

A number of UNC faculty departments have released statements in opposition to the Board of Governors’ $2.5 million Silent Sam statue settlement with the North Carolina Division Sons of Confederate Veterans.

The Faculty Council, UNC School of Law, School of Education, School of Library Science and Institute for the Arts and Humanities have each been vocal in condemning the deal — as have other departments including history, anthropology, communication, Asian studies and African, African American and Diaspora studies. The Council of Chairs of the College of Arts and Sciences also responded.

Students and faculty have used statements to make requests for things including reparation payments, the retraction of the deal and the resignation of Chancellor Guskiewicz. There has also been a call to increase funding and support for The Office of Diversity and Inclusion and other campus programs celebrating Black identities.

“We see ourselves as a part of a University with a profound public mission,” Waterhouse said.

Waterhouse said that a wide constituency of faculty and UNC community members should have been consulted on the BOG decision. Had a more diverse and representative group been included in the decision, he said, there might have been a different outcome.

In December, the Department of History faculty held a meeting to draft the statement and vote. Votes came from professors on the tenure track, but did not include graduate student staff. The released statement does not have specific signatories, Waterhouse said, but reflects the opinion of the department as a whole.

Waterhouse and his colleagues, he said, want to lend their voice to the settlement conversation in their particular position as historians. The view of the Department of History is rooted in the misapplication of history by the SCV, he said.

“The basic historical concern that we have is the Confederate tendency — a view held by the Sons of Confederate Veterans — to represent the Civil War as something other than a war about slavery,” he said.

This tendency, he said, is both factually incorrect and morally unacceptable.

Navin Bapat, chairperson of the curriculum in Peace, War, and Defense said the Council of Chairs’ statement speaks for itself.

“The decision to compensate this group, with its false interpretation of history, contradicts the core values of this University and its mission to pursue truth and knowledge,” the statement said.

The Council of Chairs’ statement expressed a hope that the University will take “bold action” to repair the harm that the settlement has caused to the campus community.

Law professor Theodore Shaw — director of the Center for Civil Rights — said he will not be silent on the issue.

The statement from the School of Law was delayed in its release, he said, but the timing does not negate its merit. He said the law faculty felt they had to consider First Amendment concerns and other legal issues, but are in overwhelming opposition to the deal.

Shaw said the major problem with the BOG deal is the payment of $2.5 million dollars in a trust to the SCV, along with the $74,999 the group was paid upfront by the University to keep SCV protests off campus.

“I don’t think they were paying students not to protest,” Shaw said. “This is an interesting juxtaposition.”

The UNC administration did not respond to a request for comment by the time of publication.

Many Black faculty members are feeling alienated by the University, Shaw said. He said this could lead to a loss of faculty and deter potential faculty and students.

But Shaw said he is grateful for all those who have spoken out.

Shaw said some of the people in power in the University system still think they are fighting the Civil War, but they will not always be in power.

“The great Sam Cooke sang ‘A Change is Gonna Come,’” he said. “I believe a change is going to come. I refuse to despair and give up hope.”