The sequel to “Uncle Tom,” the 2020 documentary that I executive produced, just premiered. Watch it on uncletom.com. As with the first, Justin Malone brilliantly directs with Ryder Ansell and me co-writing. It is again beautifully scored by composer Damon Criswell.

As of this writing, on the movie website IMDb, “Uncle Tom II” has a jaw-dropping 9.7 rating out of 10. Excerpts from some of the 40-plus written viewer reviews:

“It’s a worthy follow-up to the original film that digs deeper into what is really going on with the black community in America. The movie presents many hard truths that may seem uncomfortable but if you actually care about what is going on in America, particularly with the black community, then you must look into the truth exposed here. Your politics don’t matter. Only the truth matters.” 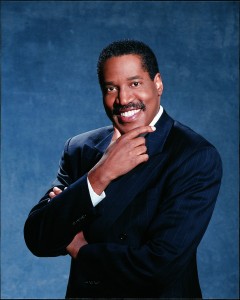 “There is so much film footage and history-telling, along with a more than cautionary tale about where we are in America and could be heading without an awakened citizenry. No American that enjoys the freedoms and incredible heritage of our great country can afford to miss this film!”

“From the first ‘Uncle Tom,’ which focused on more personal stories, to ‘Uncle Tom II’ which talks about origin stories of black culture and history and how things ended up the way it is now. It really is an eye-opening, incredible and well-made documentary. The amount of research this had to undertake to put together is astounding. It makes you ask some hard questions about things we were taught to believe for a very long time. Please, look past your political leanings and give this film a chance. It’s worth listening to and seeing.”

“One of the most important movies made. I have heard about how noble and decent black people were. This film has truly shown me a serious look at that. I came out of the theatre stunned at what I had just heard — that everything I have believed and have been taught was a complete and malicious lie. What this film has is the potential to wake people up and change the course of America.”

“The movie does a masterful job of presenting a massive amount of history, backed up by facts, recordings, and video in just under two hours. As someone who pays a lot of attention to the current cultural revolution underway in this country and has a reasonably good knowledge of U.S. history, I was absolutely blown away by how much I really didn’t know.”

“There is so much information in this film, it’s a double watcher! I loved the explicit mention of biblical values playing a significant role in the lives of blacks that thrived. The film also did a great job of highlighting the background to Black Lives Matter and other movements. Knowing the origin/source of things tells you a lot about where the movement is going to take you. This movie did well in presenting the evidence and giving you an opportunity to see both sides.”

“True history of civil rights in America. … What really has happened to race relations in the USA is eye-opening. What has happened to so many Americans has all been by plan of Marxists to tear apart the fabric of our country, starting with churches. Whether black or white, faith and strong family values is what has led to so many of the accomplishments of our society, and conversely by tearing down churches and strong families America is weakened.”

“Brilliant yet sobering. … America now has four generations that have been indoctrinated with this wicked ideology so the turnaround will not be an overnight one. But this film gives me hope because it exposes the truth and moves the viewer to action. Just like in the life of Booker T. Washington that was displayed in the movie — actions rooted in the truth will eventually set us free.”

“Anyone who loves their brothers and sisters on this earth and who is willing to show appreciation and love needs to see this. Those with anger, bitterness, resentment and hurts will benefit even more.”

Larry Elder is a best-selling author and nationally syndicated radio talk-show host. To find out more about Larry Elder, or become an “Elderado,” visit www.LarryElder.com. Follow Larry on Twitter @larryelder. To read features by other Creators Syndicate writers and cartoonists, visit the Creators Syndicate webpage at www.creators.com.