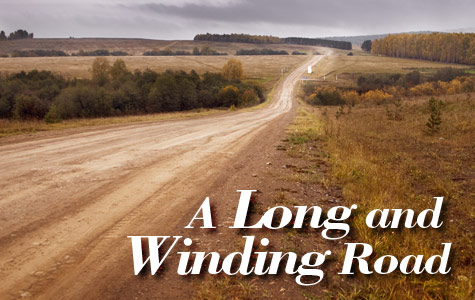 If you are on old friend who has read the print edition of Southern Partisan in the past, then let us share with you what has happened since last we published.  If, on the other hand, you are a new friend curious about where we stand and what we hope to achieve in defense of the South, then you too may be interested in the brief background contained in this first on-line editi

on of the Partisan.

Over 25 years ago, Southern Partisan was founded by a group of writers who were fed up with the anti-Southern bias in popular media and by the tendency in some circles to re-write history and to demonize the good people of the South.  The magazine arrived on the scene focused and fully loaded with no reluctance to unleash full firepower on scalawags, revisionists and assorted anti-South bigots.   We offered historical articles, political essays and reflections on modern culture.

Some observers called us “Unreconstructed.”   We were also labeled “The New Voice of the Old South,” “A Southern Fried National Review,”and “a Breath of Fresh Air.”  Others were less charitable.

To be fair, because we were young and inexperienced, we were sometimes a little careless.  With a succession of part-time editors, all of whom did other things for a living, once in a while, articles and advertisements slipped in to print that had not been carefully vetted, with passages that later proved to be a bit embarrassing.

To make matters worse, leftist journals and special interest groups pulled items out of context and twisted the meaning of passages from past issues in a transparent effort to discredit our journal.   Sadly, their attacks spread across the Internet, and were believed by some of those who were unfamiliar with our journal.

Lesson learned.  From this date forward, we shall be no less courageous and outspoken, but more careful not to allow anything inappropriate to slip onto our pages.  And, when we are unfairly attacked, we shall be quicker to respond and set the record straight.

But over the years, there have been remarkably few goofs or gaffs.  For the most part (if we can suspend false modesty for a moment) every issue contained gems and important insights not found anywhere else in modern journalism.  (Note: most past issues are still available for a modest price for those interested.)

Charles Hamel was an avid traveller and the Southern Partisan was his life-long commitment.

For many years, the publisher of this journal was Charles Scott Hamel, a gentle soul from Virginia who was deeply educated in the classics, spoke several languages, traveled all over the world, taught Latin, and dedicated his life to defending the founding principles of Western civilization, which, in many ways, were embodied by the old South.  Charles, more than anyone, was responsible for the existence of Southern Partisan.  The magazine never enjoyed subscription or advertiser revenues anywhere near sufficient to cover cost.  For decades, from issue to issue, Charles would make up the deficit with his own funds, which over time amounted to a great deal of money.

On March 1, 2010 Charles Hamel passed away from heart failure at the age of 72.   For a few years, his health had not been good, but none of us expected him to leave us so suddenly.   With his passing, the Partisan lost his dedicated efforts.  Charles rarely contributed as a writer (other than an occasional book review) but he devoted endless hours dreaming up article ideas, recruiting writers, proofing copy and providing his unique brand of moral support.

In one sense, however, Charles is still with us.  Even though he now enjoys the company of great men he long admired like Aristotle, Beethoven, St. Paul and Robert E.Lee, Charles remembered the Partisan in his will, where he expressed the hope that the magazine would publish into perpetuity.  And so shall we attempt to do.

After our long hiatus, this edition of the Partisan is dedicated to Charles and is offered as a tribute to his life which, in so many ways, paralleled the life of this journal.   You will find a piece on Mr. Hamel’s contribution to American cultural and intellectual history as well as to the conservative movement in this issue.

What Next?
With this edition of the Partisan, we begin a new era.   We shall publish on-line monthly.  Also, annually, we plan to offer a special, year-end keep-sake print edition with special features, photographs and a collection of our best essays.  For new and old readers alike, we shall seek to entertain and to enlighten our and to provide a bold voice affirming Southern values for a new generation.   We hope you will join us on this journey.  And let us know what you think.