What Images Of Black Military Surgeons Reveal About Civil War 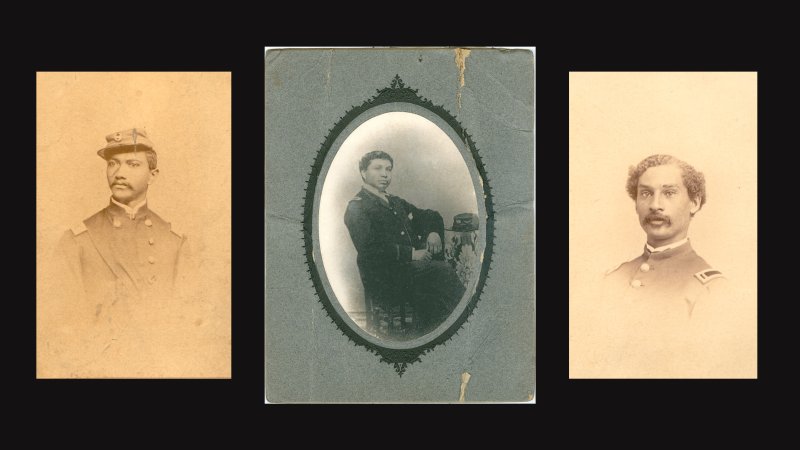 When shots were fired at Fort Sumter on April 12, 1861, the Civil War began—and so did a new era in American photojournalism. But even though the conflict was the first U.S. war to be systematically photographed, photographs of Black Civil War soldiers, 160 years later, are hard to find.

Even harder to find are photographs of a small subset of those troops: the 13 men who, out of more than 180,000 Black Americans who served in the Union Army, are known to have done so as surgeons, according Jill L. Newmark’s research for the U.S. National Library of Medicine. 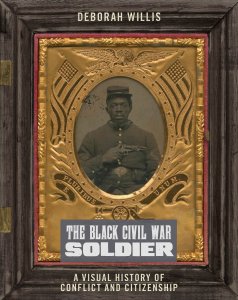 In her recently published book The Black Civil War Soldier: A Visual History of Conflict and Citizenship, photography scholar Deborah Willis compiled more than 70 rare portraits of and letters by Black Americans who served in the Civil War—including some of those extraordinary doctors. The images and letters together show a full picture of Black Americans’ resilience, says Willis, and how they bravely served a country that was not serving them.

“These stories have been invisible for so long, but they’re not necessarily hidden in the archives, it just takes time to do the research,” Willis, Professor and Chair of the Department of Photography & Imaging at the Tisch School of the Arts at New York University, tells TIME.

Well Past its Use-by Date: A Concoction the Ancients used to Save Face 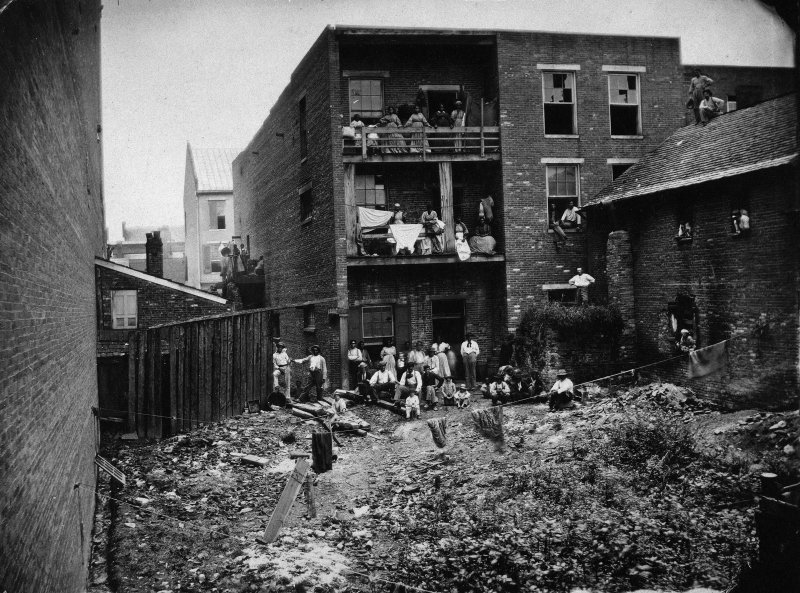 These Black surgeons were hired at a point in the war when the death toll was growing and resources were shrinking. Health crises were rampant; in fact, two-thirds of the roughly 620,000 Civil War fatalities came from germs, not guns. (Some research also suggests the total death toll could be as high as 750,000-800,000.) “The greatest demand on all Civil War surgeons was in combating diseases, not repairing injuries,” as historian Richard Reid put it in Practicing Medicine in a Black Regiment: The Civil War Diary of Burt G. Wilder, 55th Massachusetts. Troops from secluded areas were exposed to diseases for which they had no immunity; in addition, the combination of humidity, tainted water supplies, poor sanitation and crowding in military camps created the perfect breeding grounds for germs. The most commonly contracted illnesses were diarrhea and dysentery, malaria, typhoid and pneumonia. 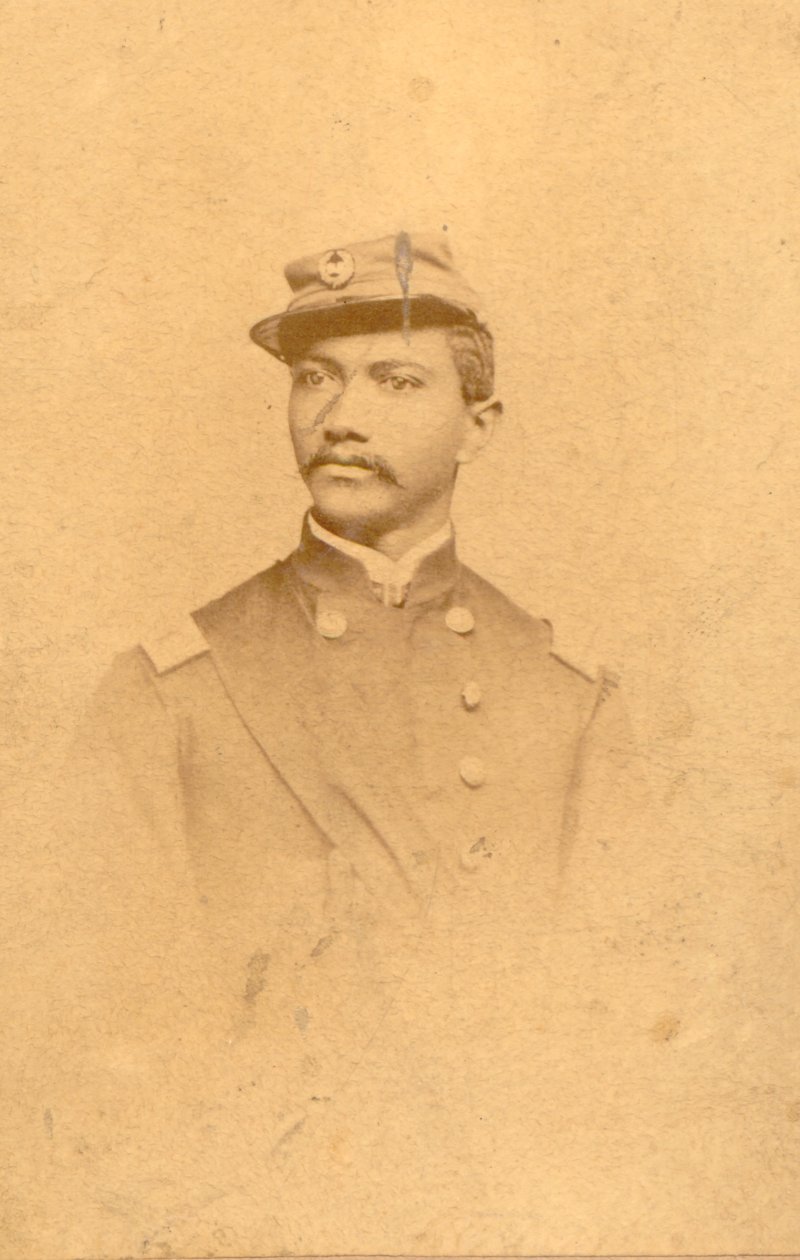 Dr. Alexander Thomas Augusta, the Union Army’s first Black physician, was born free in Norfolk, Va., but went to medical school in Toronto after he couldn’t get into one in the U.S. And yet, he was eager to serve his fellow Black Americans. In a letter postmarked from Toronto on Jan. 7, 1863, he offered his services to President Abraham Lincoln:

His letter was passed on to the surgeon general and the Army medical board president, and Augusta passed the army’s medical examination on April 1. He was commissioned as a major, the highest-ranking Black service member at the time, and went on to be a surgeon for the Seventh U.S. Colored Infantry. 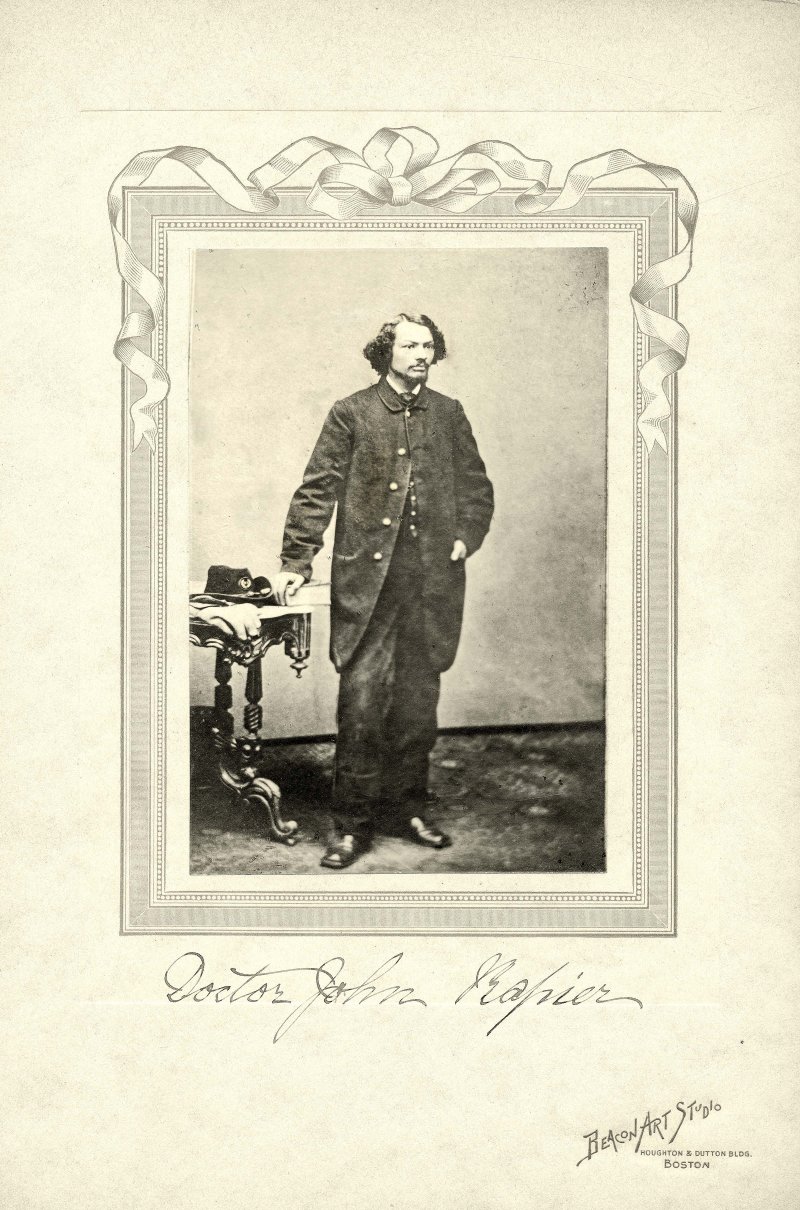 Another surgeon, Dr. John H. Rapier Jr., who enlisted right after finishing medical school in Iowa in June 1964, provided a glimpse of his life at the Freedmen’s Hospital in Washington, D.C. (now Howard University Hospital) in an Aug. 19, 1864, letter to his uncle. He wrote about being invited to have dinner with Frederick Douglass and says getting his paycheck—“$100, less war tax $2.50″—was “the most eventful event of my life,” and describes his complicated feelings about his military uniform:

The uniforms also made these surgeons targets. A month later after Augusta was promoted, he was attacked on a train by a mob of young white men who didn’t like seeing him in the uniform. He responded with a letter to the editor in the Black newspaper the Christian Recorder stating, “My position as an officer of the United States entitles me to wear the insignia of my office, and if I am either afraid or ashamed to wear them, anywhere, I am not fit to hold my commission.”

Augusta’s impact was not confined to the medical setting; he also galvanized the early D.C. civil rights movement when, the following winter, he refused to get off a whites-only streetcar. When the abolitionist Massachusetts U.S. Senator Charles Sumner heard that a Black Army Major was kicked off a streetcar, he re-iterated his call for the desegregation of the city’s streetcars, arguing “an incident like this, at this moment, was worse than a defeat in battle,” as the Feb. 10, 1864, edition of the Evening Star reported. Legislation passed in March 1865 made segregated street cars illegal in D.C. 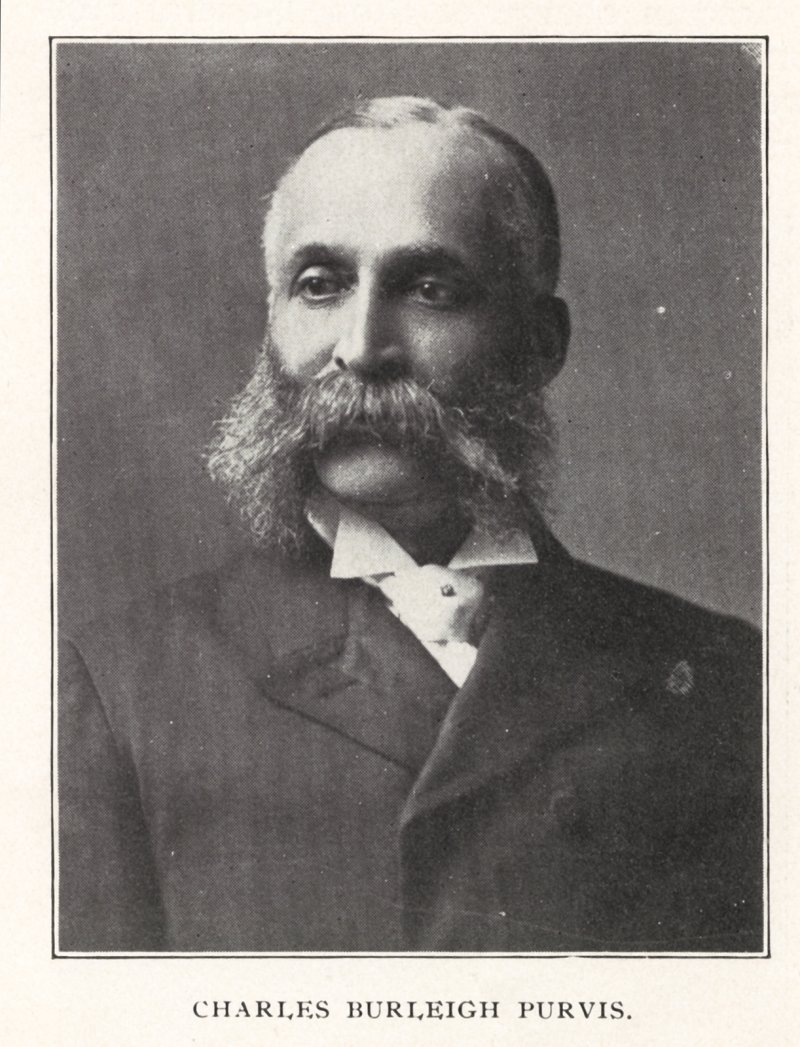 Black military surgeons broke barriers within their profession, too. Charles Purvis, an assistant surgeon during the Civil War, was the first Black man to run a civilian hospital and the first Black doctor to treat a sitting president when he tended to President James Garfield in 1881. Some faced challenges being recognized for their military service and continued to face discrimination. William P. Powell Jr., one of the first Black Americans hired to be a Union Army surgeon, would spend the rest of his life trying to collect his military pension. 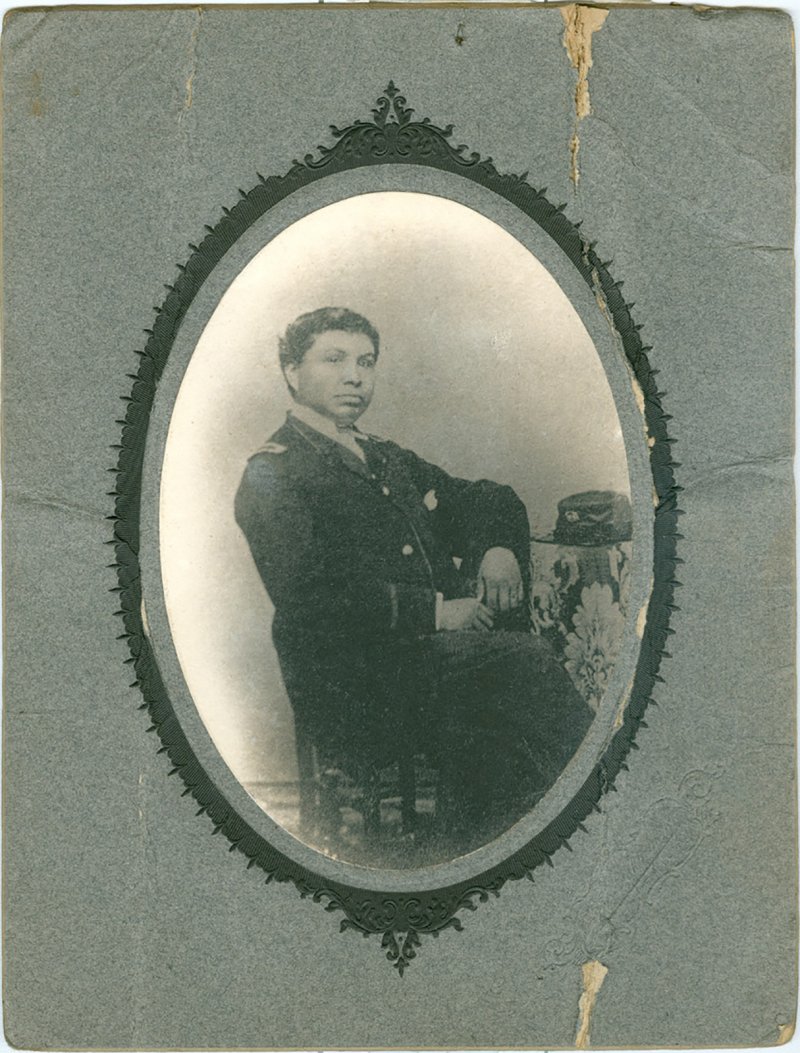 William P. Powell Jr. was one of the first African American physicians to receive a contract as a surgeon with the Union army.
National Archives

Get your history fix in one place: sign up for the weekly TIME History newsletter

But, Willis says, the service of these doctors has often been left out of the Civil War story, especially amid misconceptions that all Black Americans were illiterate in the 19th century.

Photographs of them can work to firmly refute that stereotype.

During the war, battlefield photography studios and tents offered troops a way to send photos home to their families, and the Black surgeons availed themselves of the opportunity. Willis says taking the time to be photographed—and paying for the images, which could cost as much as $2.50, or $60 in 2021 dollars—also shows how much these photographs meant to them. Studio photographers “opened doors for Black people to have an opportunity to imagine their place in society,” Willis explains. “[A surgeon] could see that there was a future in his life as a doctor. So, when we think about a Black future, I see this as a photograph for the future, not just for today.” 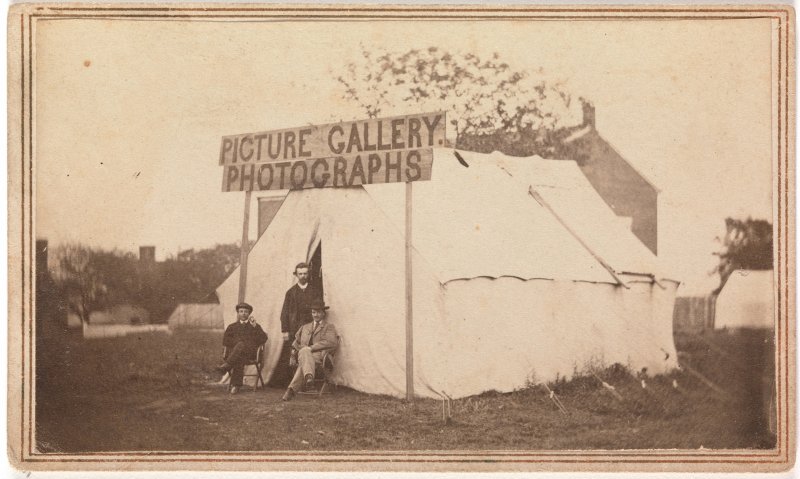 Willis hopes the collection of photographs and letters from about 160 years ago will serve the same affirming purpose for people today: offering an image of positive Black potential.

“When I was in school, only images of trauma were a part of my study. The labor of Black bodies were the only images that I had seen. I never experienced images of Black beauty or Black love,” she says. “And that’s why, the sense of pride, when they stood in front of a camera, and the messages that they presented, how they felt in wearing a uniform, that’s important. Because they’re evidence. It’s as simple as that—evidence of their existence.”