Before diving into this rich catalog of culinary traditions from the Deep South, learning what soul food is—along with its history—will deepen your appreciation of this rich cuisine. Incorporate classic soul food recipes into your weeknight dinner rotation, or make them for your next holiday meal.

What Is Soul Food?

Cornmeal and pork are two foundational elements of soul food cooking, as they were among the limited foods provided to enslaved people during chattel slavery. Cornmeal is an essential ingredient for making hushpuppies, Southern cornbread, and fried fish. At the same time, various cuts of pork feature prominently in the cuisine, including pork chops, pickled pig’s feet, and chitterlings, also known as chitlins, which are pig intestines. 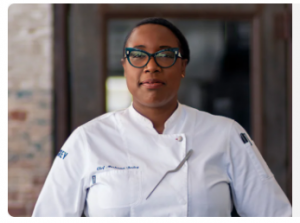 A Brief History of Soul Food

Though the term “soul food” didn’t emerge in the mainstream until the 1960s, many soul food dishes originated during the slavery era before the American Civil War in states such as Georgia, Alabama, and Mississippi.

During this time, enslaved people only received limited rations from enslavers, which often included cornmeal and pork, so they had to develop a cuisine around the foods available. Shortly after emancipation, many formerly enslaved people left the South during the Great Migration, recreating and developing this cooking style all across the United States.

The first known use of the term “soul food” dates back to 1964, during the rise of “Black Pride”—a concept encouraging the celebration of Black culture and heritage, concurrent with the Civil Rights Movement. Some offshoots of gospel and jazz music in the rural South rose in national popularity in the 1950s, when they took on the broader moniker of soul music. The word “soul” became a popular adjective used to describe many aspects of Black culture in the US—including African American cuisine

What Is the Difference Between Southern Food and Soul Food?

“Soul food” refers to dishes traditionally made and eaten by African Americans; since African American culture is an essential part of Southern food, many quintessentially “Southern” dishes are also popular soul food dishes. What makes a dish “soul food” is its connection to African American culture in the South and beyond, while “Southern food” does not necessarily have this same connection. Modern food historians like Michael W. Twitty experience soul food through two primary lenses: ancestral heritage and connection to ingredients representative of that heritage, and dishes that have become canonical over time, like collard greens, macaroni and cheese, fried chicken, and hot sauce.

Although the term “soul food” wasn’t introduced until the 1960s, its journey aligns with the Great Migration, or the period between about 1916 and 1970, when major waves of African Americans fled the rural American South to urban centers in the American Northeast and Midwest, and on the West Coast. As new African American enclaves formed in these cities, the juxtaposition and intersection of these communities with other disparate groups caused an interplay of food and culinary techniques that created unique takes on classic recipes and formed new dishes altogether.

Whether you’re working through all the Southern classics in the cookbook or simply looking for new dinner ideas, here are some of the best soul food dishes to try at home.