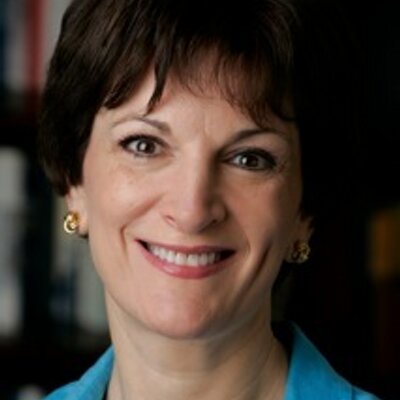 The Dow plunged 450 points on the opening bell May 6 in response to this presidential tweet: “The Trade Deal with China continues, but too slowly, as they attempt to renegotiate. No! The 10% will go up to 25% on Friday.” Economists eye this brinkmanship fearfully. Bank of America/Merrill Lynch’s global research team, among many others, has warned that a trade war could cause a global recession. Desmond Lachman of AEI notes that there are splash back effects of imposing harsh tariffs. They may succeed in weakening China, but any “marked slowing in the Chinese economy is bound to have spillover effects on those economies with strong trade links to that country.”

Among those countries with “strong trade links” to China would be ours. Lachman is warning that Trump’s policies may be undermining the strong economy, and that this should worry him looking at 2020. But before we get there, spare a moment to savor the irony of what Trump’s policies have so far achieved on one of his favorite 2016 hobbyhorses — the trade deficit. In 2016, the goods and services trade deficit with China stood at $309 billion (which Trump frequently exaggerated to $500 billion). As of March 2019, the trade deficit with China was $379 billion — a 23 percent increase.

As nearly every economist will attest, trade deficits are not important. Between 1980 and 2009, U.S. employment rose when the trade deficit went up and fell when the trade deficit came down. Hmm. Same thing seems to have happened in the first two years of the Trump administration. Employment and trade deficits are both up. Someone should tap Trump on the shoulder and mention this. Actually, don’t bother. Gary Cohn talked himself blue in the face on the subject to no avail. Trump is frequently the embodiment of the joke: “Don’t confuse me with the facts. My mind is made up.”

This is not to say that China should be free to cheat with impunity. But Trump doesn’t seem to be focused on the most serious threats from China. He seems fixated on the great crime China commits by selling us products, rather than on the threat to privacy and civil liberties China’s authoritarian government represents to its own citizens and to the world.

China’s communist government has permitted free enterprise (to a point) and we all know what a massive difference that has made for the average Chinese person. More than 800 million people lifted themselves out of poverty once the state stopped forbidding it.

But in other respects, China has remained as ruthless a Big Brother as Orwell imagined. The internet is successfully smothered by what techies call “The Great Firewall of China.” The press is controlled. In Xinjiang province, up to 3 million ethnic Uighurs and other Muslims have been shipped off to concentration camps. Transgressions that can result in deportation include observing Ramadan, growing a beard or phoning relatives abroad. While in camp, they are “reeducated.” In March, after U.S. citizen Ferkat Jawdat met with Secretary of State Pompeo, his mother, aunt and uncle were moved to a camp and then sentenced to eight years in prison as retaliation for Jawdat’s meeting.

But even for those not physically imprisoned, China is erecting a virtual cage for everyone, with cameras equipped with facial recognition software now ubiquitous, “free” health checks that permit the government to collect fingerprints and DNA, mass surveillance by police and neighborhood snitches, and a system that would make Winston Smith cringe: the “social credit system.” This permits Big Beijing to keep tabs on every phone call, text message, jaywalking ticket and night out with too much drinking. If you transgress, you get demerits, and these can be used to deny plane tickets, jobs or apartments. Sometimes the state requires that a special ringtone be added to the miscreant’s phone so that he/she will be embarrassed every time the phone rings in public.

That’s only a sampling. Equally worrying is China’s success in exporting this sinister system as part of its “Belt and Road Initiative.”

The Trump administration has very recently begun to impose limits on technology transfers to Chinese tech firms. But the effort has been slapdash. (In 2018, the Commerce Department imposed sanctions on Chinese telecom company ZTE only to see Trump reverse the decision).

Trump is focused on the non-threat of Chinese exports while ignoring the true threat of China’s totalitarian system reaching abroad. A few weeks ago, CBS censored a comedy that mocked China’s censorship. That ought to worry us more than imported washing machines.

Mona Charen is a senior fellow at the Ethics and Public Policy Center. Her new book is “Sex Matters: How Modern Feminism Lost Touch with Science, Love, and Common Sense.” To read features by other Creators Syndicate writers and cartoonists, visit the Creators Syndicate webpage at www.creators.com.