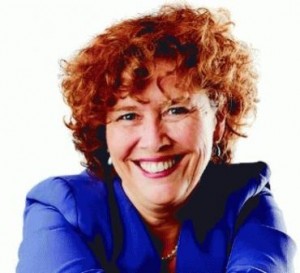 WASHINGTON — President Donald Trump crowed Friday when a Swedish judge released New York rapper A$AP Rocky from custody pending the judge’s verdict on an assault charge. The verdict will be announced on Aug. 14.

“A$AP Rocky released from prison and on his way home to the United States from Sweden. It was a Rocky Week, get home ASAP A$AP!” Trump tweeted in triumph.

It was a Rocky month for justice, as well. There was no justice in the president of the United States inserting himself into a criminal trial involving a street brawl in Stockholm before the proceedings even began. And there was no national interest in Trump’s efforts to pressure Prime Minister Stefan Lofven to release the African American rapper, whose real name is Rakim Mayers, ahead of his trial, which concluded Friday.

To the contrary, Trump’s decision to insert himself where he did not belong showed amazing disrespect for a valuable ally and its criminal justice system. Ditto Trump’s use of the hashtag #FreeRocky, with its undertone of a political motive behind Mayers’ prosecution — when it is Trump who tried to tilt the system to serve his political ends.

“There certainly are countries around the world where the judiciary is little more than an instrument of the arbitrary powers of the ruling strongman, and where the political leadership can send people in and out of prison at their discretion. Sweden is most certainly not one of those countries,” former Swedish Prime Minister Carl Bildt protested in The Washington Post.

In case you missed it: Mayers and his bodyguards got into a street brawl in Stockholm on June 30. On July 5, authorities charged the American, who pleaded not guilty, and his two bodyguards.

The prosecution wants a six-month sentence if A$AP Rocky is convicted.

Swedish authorities did not charge Mustafa Jafari, the 19-year-old whom Mayers admitted in court to punching and throwing to the ground. Mayers said that he acted in self-defense after Jafari and a friend would not leave Mayers and his bodyguards alone.

Before the trial, the case played out on social media as a he-said, he-said and both-sides-have-posted-videos dispute. A #JusticeforRocky petition on Change.org garnered more than 644,000 signatures.

The internet is the land of snap-judgments by the gullible. That’s to be expected. But you’d expect Trump to have a better reason for declaring Mayers a victim than a video posted on social media. Trump, of all people, should know video clips can be misleading, even doctored.

Trump’s other sin? He played the race card against Sweden. Before the trial began, Trump tweeted that he was “very disappointed” in Lofven for being unable to act, and added, “Sweden has let our African-American community down in the United States.”

Mayers’ American mother can be forgiven for suggesting that her son’s blackness was a factor in the prosecution. An American president should have facts to back up that notion.

Instead, he sees only 2020. Trump often trumpets passage of the First Step Act — the landmark criminal justice reform measure he signed last year — as a reason he expects to attract more African American votes than he won in 2016.

Note to the Trump campaign: This obvious play for the black vote isn’t a good look.

And it looks really bad when an American president thinks he can call a Swedish prime minister to get a defendant released from jail as if he were ordering a ham sandwich. That’s the kind of ploy that might work with North Korean strongman Kim Jong Un — but it is poison to leaders who respect their criminal justice systems.

The White House dispatched the U.S. special envoy for hostage affairs, Robert C. O’Brien, to Stockholm — a choice decision given the Swedes’ work to get Pyongyang to release American Otto Warmbier in 2017, a sad event quickly followed by Warmbier’s death by torture.

In a July 25 tweet, Trump nonetheless groused, “We do so much for Sweden but it doesn’t seem to work the other way around.” Then again, Trump now argues Kim was unaware of the inhumane treatment that killed Warmbier.

So how does Trump look to Swedes? My friend Ola Tedin, a Swedish journalist based in Brussels, answered that many Swedes regard this “as yet another proof of your current president’s dim grip of other countries.”