Will Manchin Cross The Aisle?

Consider a Prodigy who has monopolized the news and the headlines from the year’s beginning to the year’s end, without doing any harm to anyone? The Prodigy comes from a small state. One might say an out-of-the-way state, and the Prodigy’s timing was perfect. The Prodigy waited until the very end of the year to make a decision that could have been made at any time in the year. Who is the Prodigy? My Prodigy this year is Sen. Joe Manchin III. By the way, he is a very nice man. He is a regular guy, as they say. How many Democrats are regular guys? 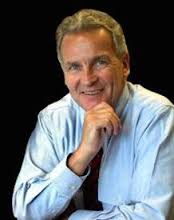 Manchin fills my protocol for the political candidate you would most like to have move into your neighborhood. You would not want Congressgirl Alexandria Ocasio-Cortez moving in next door. She might bring along members of her social set, the Squad. They might terrorize your children. The Congressgirl might even terrorize your pets, if you have pets. Nor would you want Hunter Biden to move in next door to you. He might invite his father over for a Diet Coke. Joe Biden, you might recall, does not drink alcohol, but he does drink Diet Coke, and as for Hunter, he has been accused of drinking the real coke. The one that is prohibited by law. Actually, there are scores of politicians whom you would not want as neighbors. Remember the Clintons. Remember the Kerrys.

Manchin is not one of them. He is a perfect gentleman. I had him as our special guest at an American Spectator monthly dinner, and though he did not agree with everything that was said that night, he was perfectly cordial and displayed splendid manners. That is something that could not be said about all of our guests. That evening at the American Spectator dinner, the name of the Director of the Environmental Protection Agency came up, Gina McCarthy. She was then touring the country for some environmental enthusiasm of hers. I think it was the gasless automobile. She has been making it clear that she would not be touring Manchin’s state of West Virginia. Manchin dismissed her as obnoxious and an elitist. He was not alarmed by her, and he was reelected in 2018.

Most of my guests that night were Republicans, but all agreed. Manchin seemed to be, as one of my guests said that night, “one of us.” He was fiscally conservative in those days, and he is fiscally even more conservative today. In fact, it was over profligate spending in face of roaring inflation that caused Manchin to reject Build Back Better. Now people are asking why Manchin does not cross the aisle. Manchin’s state, West Virginia, is now more Republican than Democratic. Manchin is the outlier in his state today.

In fact, last week Sen. Mitch McConnell, the minority leader in the Senate, began in a subdued way to ask Manchin to cross the aisle. It makes perfect sense. His power in the Senate will only increase. His popularity will increase, and his value to West Virginia will multiply.

Though I am reminded of a statement made years ago by a man struggling with the same problem as Manchin is today. That was the former Democrat Ronald Reagan. He said changing parties was one of the most difficult things he ever did. But he did it. My guess is that if Manchin crossed the aisle, he would not be alone. How about Kyrsten Sinema from Arizona? How about a half-dozen members from the House of Representatives?

Moreover, Joe Manchin, I just made you the Prodigy of the Year. Could bigger things await you as a Republican?

R. Emmett Tyrrell Jr. is founder and editor in chief of The American Spectator. He is a Senior Fellow at the London Center for Policy Research and the author most recently of “The Death of Liberalism,” published by Thomas Nelson, Inc.