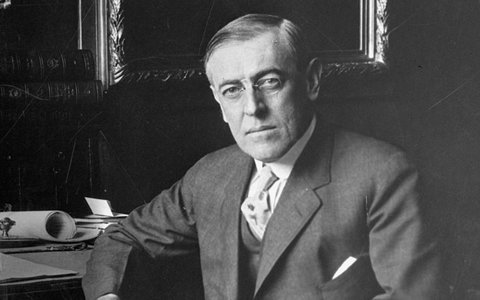 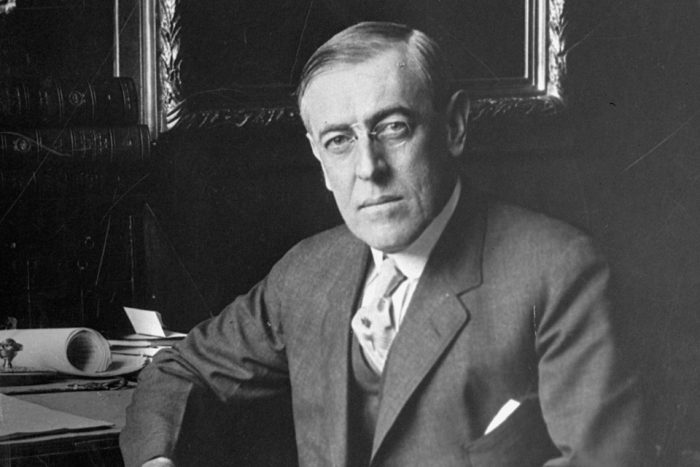 Woodrow Wilson, the 28th U.S. President, poses for a portrait in this undated photo. (AP Photo)

Woodrow Wilson is best known as the World War I president who earned a Nobel Peace Prize for his efforts to found the League of Nations. A progressive reformer who fought against monopolies and child labor, he served two terms starting in 1913.

But Wilson was also a segregationist who wrote a history textbook praising the Confederacy and, in particular, the Ku Klux Klan. As president, he rolled back hard-fought economic progress for Black Americans, overseeing the segregation of multiple agencies of the federal government.

While Wilson was lauded for his role in World War I, historians and activists have long called attention to his other actions. And institutions have grappled with how to respond to this side of his legacy. In June 2020, Monmouth University announced it would rename its Woodrow Wilson Hall. And after years of protests, Princeton University said it would remove his name from its prestigious public policy school, explaining that his segregationist attitudes and policies made Wilson an “especially inappropriate namesake.” In places like Washington, D.C., historians and parents have called for removing his name from public high schools.

In reevaluating Wilson’s legacy, it’s important to understand not only his leadership through a world war, or his business and labor reforms. It’s also important to know that, on the home front, he perpetuated violence and inequality for Black Americans. Here’s how.

Praising the Confederacy and the KKK

Wilson is often associated with the state of New Jersey because that’s where he served as governor and as president of Princeton University. But he was born in antebellum Virginia in 1856 and lived in Georgia during the Civil War. His parents supported the Confederacy, and Wilson’s five-volume history textbook, A History Of The American People, echoes those attitudes. The book adheres to what historians call the “Lost Cause” narrative, a non-factual view of history that romanticizes the Confederacy, describes the institution of slavery as a gentle patrician affair, recasts the Civil War as being about states’ rights instead of slavery and demonizes Reconstruction-era efforts to improve the lives of the formerly enslaved.

READ MORE: “How the Cult of Robert E. Lee Was Born”

Wilson wrote that Reconstruction placed southern white men under “the intolerable burden of governments sustained by the votes of ignorant negroes,” and that those white men responded by forming the Ku Klux Klan. He described the Klan as “an ‘Invisible Empire of the South,’ bound together in loose organization to protect the southern country from some of the ugliest hazards of a time of revolution.”

In reality, the KKK was a violent terrorist group that targeted Black Americans. Confederate veterans founded the paramilitary group after the Civil War ended in 1865. The first wave of the KKK only disbanded in the early 1870s after President Ulysses S. Grant pushed through laws allowing him to go after it with military force.

White historians like Wilson helped popularize the Confederate Klansmen, who became the heroes of D.W. Griffith’s 1915 film The Birth of a Nation. The movie’s villains were Black Americans portrayed by white actors in blackface. Wilson agreed to screen the film—which quoted his own book in its title cards—at the White House and reportedly praised it by saying, “It’s like writing history with lightning. My only regret is that it is all so terribly true.”

The blockbuster’s popularity led white men to re-found the KKK, which flourished across the country in the 1920s. Wilson played an active role in promoting the ideology that led to this revival.

READ MORE: How ‘The Birth of a Nation’ Revived the Ku Klux Klan 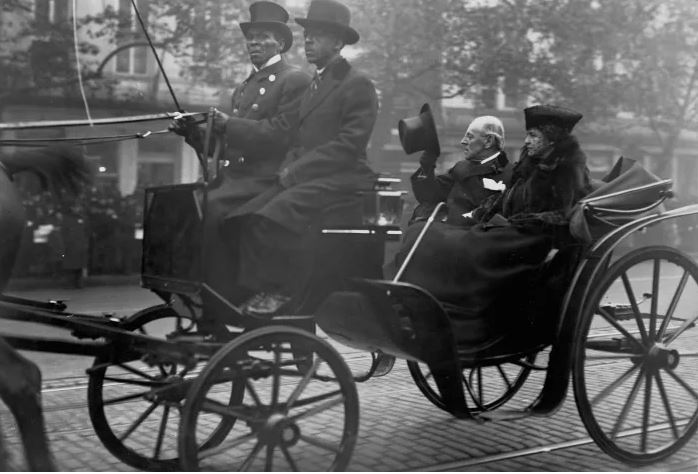 Wilson’s views on race also informed his time in the Oval Office. While he campaigned and legislated as a Progressive who fought to break up big businesses and improve the plight of America’s workers, his administration squelched opportunity and worsened conditions for some Black Americans in the workforce.

READ MORE: “How Power Grabs in the South Erased Reforms After Reconstruction”

When Wilson entered office in 1913, he was the first southerner to be president since Reconstruction. His cabinet included several white southerners, who “really had no idea how integrated the federal service was, how [relatively] unsegregated Washington, D.C. was,” says Eric S. Yellin, a professor of history and American studies at the University of Richmond and author of Racism in the Nation’s Service: Government Workers and the Color Line in Woodrow Wilson’s America. “And when they arrive some of them are really in shock.”

Immediately, these cabinet members began to talk about segregating federal government employees by race. Wilson allowed his cabinet to do this despite protests by civil rights activists like W.E.B. Du Bois and William Monroe Trotter—whom Wilson angrily threw out of the Oval Office during a 1914 meeting in which Trotter made the case against segregation. A transcript of that meeting reveals that Wilson had argued, “Segregation is not humiliating, but a benefit, and ought to be so regarded by you gentlemen.”

During Wilson’s presidency, he allowed his cabinet to segregate the Treasury, the Post Office, the Bureau of Engraving and Printing, the Navy, the Interior, the Marine Hospital, the War Department and the Government Printing Office. This meant creating separate offices, lunchrooms, bathrooms and other facilities for white and Black workers. It also meant dismissing Black supervisors, cutting off Black employees’ access to promotions and better-paying jobs and reserving those jobs for white people.

“The federal government was one of the few employers in the whole country that gave African Americans a shot; in particular a shot at career and social mobility,” Yellin says. In Washington D.C., where most of these federal jobs were based, this led to increases in homeownership among Black families. After Wilson’s presidency, Black homeownership fell in D.C., Yellin says, in part because Black federal employees no longer had access to those better jobs and salaries.

Even though these practices weren’t codified by federal law, segregation persisted in the civil service over the next several decades, preventing Black Americans in D.C. and throughout the country from obtaining better jobs and pay to support themselves, their families and their communities.