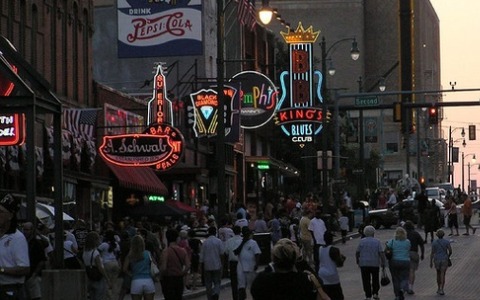 It makes intuitive sense that cities with high-density populations, low car ownership, and good mass transit systems have fewer fatal car crashes, and fewer fatalities involving intoxication, than cities where transportation almost always means driving. Cities with extensive subway systems — New York, Boston, Philadelphia, Chicago, and Washington — are all near the bottom of the list in automobile fatalities per capita, with or without intoxication. So are cities with dense residential cores, like Seattle and San Francisco.

While the findings in this week’s Big Fix feature – tabled and graphed by John Nelson at IDV Solutions — were generally intuitive, some points left us curious. Do high rates of fatal car crashes correspond more to the way cities are built, or where they’re located? There was evidence for urban design as a determining factor some cities. But there’s also a strongargument for a cultural-geography explanation. Fatal car crashes do tend to cluster regionally (see the map below) in Big Sky country and the Deep South. (These statistics are measured against miles driven, so the location of transit systems and walkable cities has no effect.)

But fatal crashes involving intoxication don’t necessarily follow. Most cities polled similarly in both measures, but some did not.

Why? One possible answer is the simplest one: the South has an unusually high rate of fatal car crashes (see the above map), making the ratio of fatalities to intoxication-related fatalities unusually large. Hence low percentages.

There’s some truth to this. Of the top 20 cities (pop. over 100,000) in the U.S. by fatalities per thousand residents between 2001 and 2010, via Nelson, all but three are in the South. Numbers 23-28 are in the South, too. (Four of these cities are also on Brookings’ list of the 15 cities with the most miles traveled on principal arterial highways [PDF].)

But Nelson’s findings weren’t all relative – Memphis, despite a tremendous number of automobile fatalities, still recorded fewer fatalities involving intoxication per capita than Chicago, Baltimore, Portland and Los Angeles. In fact, despite its astronomically high rate of driving fatalities, Memphis was 192 out of 285 cities in fatalities involving intoxication per capita, in the bottom third. (Birmingham was close, at 188.)

Why would this be, we asked? Of the responses to the article, two stood out as the most plausible. Neither, unfortunately, has much to do with the way Memphis is built, the closing time of bars, or some other key urban particular.

This is the obvious reaction to the statistics, though many seem to treat the possibility with skepticism. (Commenter Mike Dunlap suggested, “Southerners don’t drive drunk less frequently. They’re just professionals at it.”) But there is evidence for this theory.

Here’s a map, from the Centers for Disease Control and Prevention, supporting that theory, with the percentage of the population that binge-drinks relayed in shades of green:

They may drink differently as well.

Whet Moser at Chicago Magazine, who posted the map below yesterday in response to our Big Fix question, notes that drinking is still frowned upon in parts of the South: “How do you keep a Baptist from drinking all your beer? Invite a second one.”

Parts of the Deep South – notably, the corner of Tennessee, Mississippi and Arkansas, where Memphis lies – also have very few bars per capita, as Richard Florida reported in August:

Dr. Wanda Rushing, a sociologist at the University of Memphis, isn’t sure Southerners are so conservative about drinking — but she does think they drink differently. “The cultural norms about drinking in the South are that you drink at home, or privately,” says Rushing. “You have dinner parties or social gatherings at your home or some private location. Especially for more affluent Southerners, they would never go to a bar.”

In Birmingham, Alabama, where there are more bars per capita than elsewhere in the region, there may be a different path to the same result: many people now drink in the suburbs because that’s where they live. Brett Isom, who works at the Regional Planning Commission of Greater Birmingham, thinks that regional sprawl — the city has lost 13 percent of its population in the last decade — might contribute to the lack of fatalities involving intoxication in the city. People who drive into the city to work may not do so to go out. Per Nelson’s rankings, Birmingham is 9th in fatalities per capita, but 188th in fatalities involving intoxication per capita.

Neither of these trends would cut down on drunk driving, but both would push fatalities involving intoxication outside of cities like Jackson, MS. Mississippi’s capital, as Sarah Goodyear wrote a couple weeks ago, doesn’t have a movie theater — or much else by way of entertainment. (It’s not the subject of the Johnny Cash song, by the way.) Jackson is 5th in per capita fatalities, but 91st in fatalities involving intoxication per capita.

A similar situation may exist in Memphis. While Memphis has Beale Street, it doesn’t have nearly the concentration of downtown nightlife that you’d find in the state’s second-biggest city, Nashville. Nashville (below) is 24th in overall fatalities per capita and 42nd in fatalities per capita involving intoxication in the FARS data; Memphis is 17th and 192nd.

Top-rated commenter Andy was the first to put forth this possibility, writing: “I’d be very surprised if differences in data collection accuracy don’t enter into it.”

They might indeed, and you don’t have to know the South to see why.

Between 2001 and 2009 (the period overlaps with Nelson’s study sample for accident data), police nationwide measured the BAC of fatal drivers in 70.7 percent of crashes. But in the state of Washington, police got BAC information in 91.4 percent of fatal crashes. In Illinois, 89.5. In California, 89.2.

If a higher number of measurements produces more drunk driving data (it couldn’t very well produce less), this would explain why San Jose, San Diego, Seattle, and Chicago seemed to have an outsized proportion of drunk-driving fatalities in Nelson’s chart. They were measuring better. During the same period, Massachusetts measured BAC only 57.6 percent of the time. Florida measured BAC 64.7 percent of the time.

To see a test case, look at the border cities of Kansas City, MO and Kansas City, KS. They have similar automobile fatalities per thousand residents: 1.21 and 1.10, respectively. But their automobile fatalities involving intoxication numbers are very different: .56 and .38, respectively. This could be because the Missouri side has the sports teams and the nightlife; it could also be because, between 2001 and 2009, Missouri police recorded BAC levels in fatal crashes 81 percent of the time. In Kansas, they did so at a rate of only 54 percent.

Which states performed the least frequent measurement of BACs in fatalities? After Iowa (35 percent), the bottom three states were Tennessee (39.9 percent), Mississippi (45.7) and Alabama (47.9). Below, the states featured in Monday’s post, organized by the percentage of “known” BACs in fatalities:

Tennessee police measured the BAC of the driver in fewer than four out of ten fatal crashes; they performed this test less than half as often as their neighbors in North Carolina. If you assumed that Tennessee police would find the same percentage of intoxicated drivers in the fatal crashes they didn’t investigate, Memphis’ fatalities involving intoxication would nearly triple, and the city’s fatalities involving intoxication per thousand residents would go from .19 to .46 – enough to earn the city sixth place on Nelson’s chart.

Not quite. This variance of measurements doesn’t invalidate Nelson’s rankings in the way you might expect. For one thing, in-state comparisons, such as between Memphis and Nashville, indicate that Tennessee does record high levels of fatalities involving intoxication in some places. Memphis stands out even within the state.

What’s more, in states where BAC information is registered at lower rates, police make their decisions based on probable cause, meaning the occasions on which they choose to measure BAC deliver high positive results. For example in Texas between 2001 and 2009, police recorded BAC information in 49.6 percent of fatal crashes, making the decision based on probable cause. And yet in Texas cities like Houston, Dallas, and Plano, over 40 percent of fatal crashes involve intoxication. If the rate of alcohol involvement were the same in the incidents the police weren’tmeasuring, over 90 percent of Houston’s fatal accidents would involve intoxication.

In other words, the estimates can’t be that far off. But the NHTSA cautions that variability does make a difference [PDF]: “States with higher rates of known BACs yield estimates of fatal crash alcohol involvement with greater accuracy and precision.” The organization even has a formula called “multiple imputation” [PDF] that it applies to FARS data, using information about the time of day, day of the week, and driver history to correct the raw data.